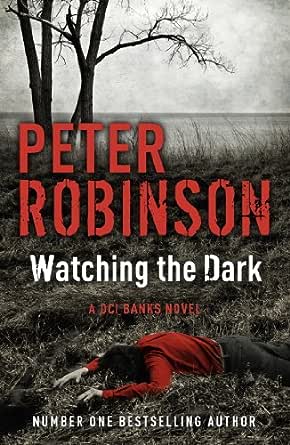 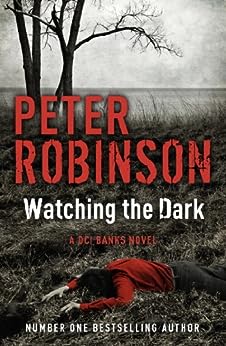 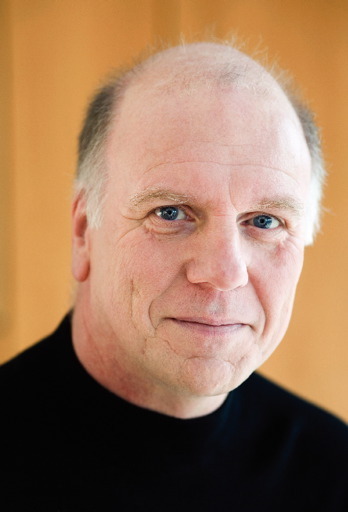 Praise for Peter Robinson - :Peter Robinson has for too long, and unfairly, been in the shadow of Ian Rankin; perhaps PIECE OF MY HEART, the latest in the Chief Inspector Banks series, will give him the status he deserves, near, perhaps even at the top of, the British crime writers' league - Marcel Berlins, The TimesBrilliant! . . . Gut-wrenching plotting, alongside heart-wrenching portraits of the characters who populate his world, not to mention the top-notch police procedure. - Jeffery DeaverClassic Robinson: a labyrinthine plot merged with deft characterisation - ObserverRobinson also has a way of undercutting the genre's familiarity. With a deceptively unspectacular language, he sets about the process of unsettling the reader - Independent --This text refers to an out of print or unavailable edition of this title.

A decorated policeman is murdered on the tranquil grounds of the St. Peter's Police Treatment Center, shot through the heart with a crossbow arrow, and compromising photographs are discovered in his room.

Detective Chief Inspector Alan Banks is well aware that he must handle the highly sensitive and dangerously explosive investigation with the utmost discretion. And as he digs deeper, he discovers that the murder may be linked to an unsolved missing persons case from six years earlier--and the current crime may involve crooked cops.

A pulsating, electrifying novel of suspense, Watching the Dark is one of Peter Robinson's finest novels.

Peter Robinson has for too long, and unfairly, been in the shadow of Ian Rankin; perhaps PIECE OF MY HEART, the latest in the Chief Inspector Banks series, will give him the status he deserves, near, perhaps even at the top of, the British crime writers' league - Marcel Berlins, The TimesBrilliant! . . . Gut-wrenching plotting, alongside heart-wrenching portraits of the characters who populate his world, not to mention the top-notch police procedure. - Jeffery DeaverClassic Robinson: a labyrinthine plot merged with deft characterisation - ObserverRobinson also has a way of undercutting the genre's familiarity. With a deceptively unspectacular language, he sets about the process of unsettling the reader - Independent --This text refers to an alternate kindle_edition edition.

Peter Robinson grew up in Yorkshire, and now divides his time between Richmond and Canada. There are twenty books in the bestselling Inspector Banks series - the critically acclaimed crime novels have won numerous awards and are published in translation all over the world. Peter keeps a website at www.inspectorbanks.com. --This text refers to an out of print or unavailable edition of this title.

The new novel from Number One bestselling author Peter Robinson. --This text refers to an out of print or unavailable edition of this title.

Peter Robinson grew up in Yorkshire, and now divides his time between Richmond and Canada. There are twenty books in the bestselling Inspector Banks series - the critically acclaimed crime novels have won numerous awards and are published in translation all over the world. Peter keeps a website at www.inspectorbanks.com. --This text refers to an alternate kindle_edition edition.
Read more

4.4 out of 5 stars
4.4 out of 5
1,004 global ratings
How are ratings calculated?
To calculate the overall star rating and percentage breakdown by star, we don’t use a simple average. Instead, our system considers things like how recent a review is and if the reviewer bought the item on Amazon. It also analyses reviews to verify trustworthiness.

Chris
5.0 out of 5 stars Another killer of a book
Reviewed in Australia on 6 December 2013
Verified Purchase
Peter Robinson has produced another thrilling adventure for Inspector Banks. Set in the usual Yorkshire Dales and in Estonia it explores the dark side of migrant worker exploitation, corruption and power. Banks character continues to develop, now preferring red wine to a single malt, though his insecurities regarding women remain. Annie Cabot is back in full swing after her shooting, but many demons remain. Ambitious and stunning Joanna from Professional Standards is investigating the integrity of a dead cop, or is she. Is she after Annie's job or is she after Alan. A great read.
Read more
Helpful
Report abuse

He has been referred to in previous books as promoted from DS with Annie Cabbott mentioning his higher rank. Now called DS Nowak again!! Bad enough in lesser authors but I expect better of Robinson. And as Banks ponders in the final lines the story ends with the instruction

COPY THE TWO LINES OF HTML BELOW, INCLUDING the nbsp line TO ADD TO THE END OF A CHAPTER.

When you have a good story and enjoy the prose/text in which it is written these are irritations that the reader might expect to be resolved. The first by Robinson remembering what he has previously written and the end piece by editorial staff reading the request and........ whatever.

Great story. In this instance he has used a format seen in PLAYING WITH FIRE with a single investigation spawning a second course of action. Annie solves the original while Banks has a foreign jaunt intended as part of the original but resolving his obsession when sidetracked by an old case of the first victim.
Read more
One person found this helpful
Report abuse

Damaskcat
4.0 out of 5 stars Watching the Dark
Reviewed in the United Kingdom on 12 January 2015
Verified Purchase
DI Bill Quinn is killed by a crossbow bolt in the grounds of a police convalescent home. DI Alan Banks and his team at first think it could be a revenge attack which probably means searching through all his previous cases to find out who could have wished him dead and been in a position to carry out the crime. But there is a hint of police corruption in the air and Joanna Passero of Professional Standards is allocated to shadow the team. DI Annie Cabbot - newly returned to work following her injury in the previous book in the series is gradually finding her feet again.

This is an interesting story featuring several strands including a missing young woman from six years ago, illegal migrant labour and another murder. In fact there are almost too many strands to the story so to me it came over as a little fragmented and I did lose track of the plot part way through and had to go back and refresh my memory. To a certain extent it is redeemed by the ending which I thought was satisfying.

Inevitably in any long running series you get some books which aren't as good as others. Overall though this series is of excellent quality with believable and interesting characters, an authentic background and well constructed plots.
Read more
4 people found this helpful
Report abuse

Cicero
4.0 out of 5 stars DCI Banks series
Reviewed in the United Kingdom on 20 August 2016
Verified Purchase
The 20th DCI Banks novel is not one of his best, although in a series as long and as entertaining as this the author may be forgiven the odd occasion when he misses his own high standard. It's just that you feel Banks himself needs to get out of his rut and pick up some new and more positive interests, rugby or county cricket or pub quiz nights for example, instead of obsessively wallowing in his CDs and downloads of obscure (and vaguely depressing) musicians, composers and singers - I keep expecting him any minute to drag out his old Leonard Cohen vinyls from the loft, although Cohen is probably too well-known to interest Banks these days. It all gets a tad tedious for the faithful reader, as do the detailed recitals of the author's research into foreign or exotic locations - Estonia in this case - which are o so clearly intended to assist verisimilitude but may as well be street maps of Redruth or Rotherham for all they do to aid the plot. The plot in fact is quite a good one, and the sense of moving forwards methodically to a solution of the crimes is well-handled. Don't let me put you off - Banks is maybe the best British police/procedural around!
Read more
Report abuse

prisrob
4.0 out of 5 stars Master Crime Writer
Reviewed in the United Kingdom on 17 April 2013
Verified Purchase
Detective Chief Inspector Alan Banks continues with his crime fighting in Yorkshire, but this time the crime leads him to Estonia. A country not in the public eye, but one that comes alive under Peter Robinson's writing.

DCI Banks is investigating the death of a colleague, DI Bill Quinn. He was killed on the grounds of a rehab for professional policemen. DS Annie Cabbott happens to be at the same rehab recovering from a work related injury. She has recovered enough to return to work, and she is the most trustworthy of Banks colleagues. While investigation continues, compromising photographs are found with Quinn and a young woman. That and other clues suggest police corruption,and a young very attractive Inspector Joanna Passero from Professional Standards is assigned to work with Banks. She goes with him to Estonia to follow up leads. All of this seems quite out of hand to me, and suggests a romance and a method to introduce a new character. All of this leads to a missing teenager, migrant labor issues, people trafficking and the afore mentioned police corruption.

This is a very fast paced novel. The 20th novel involving DCI Banks, and I have read them all. Moving the crime enviornment to Estonia is a fascinating asset to this novel. The description and culture of Estonia has given me a different and new perspective of that part of the world. The crime involving greed and corruption is a new avenue for DCI Banks, and a most welcome one. Well done, Peter Robinson.

The Bagster
2.0 out of 5 stars I'm closing the door on Peter Robinson
Reviewed in the United Kingdom on 30 July 2013
Verified Purchase
I said in a review of one of Peter Robinson's recent books that I had been a fan for a long time but that the standard had been slipping to a level that was now unacceptable and, if there was no improvement, I wouldn't be buying any more. With Watching the Dark I have reached that "no more, this is the last" point. The plotting is wildly inadequate. SPOILER ALERT--DON'T READ ON IF YOU DON'T WANT TO KNOW HOW HE UNTIES THE KNOT. He gets his story so hopelessly knotted up that the only way he can get out of it is by having a long-time criminal, who has never shown any sign of taking this action, walk into the police station and say, "I want to go straight. Here's what we did." Those old enough to remember Morecambe and Wise will recall Eric finding some inanimate object--an empty suit of armour, for example--and saying "What do you think of the show so far?" to which the object would reply "Rubbish!" Well, that's how I feel about this book. In fact, I don't really know why I've given it two stars instead of one. A very, very poor effort.
Read more
3 people found this helpful
Report abuse
See all reviews
Back to top
Get to Know Us
Make Money with Us
Let Us Help You
And don't forget:
© 1996-2021, Amazon.com, Inc. or its affiliates