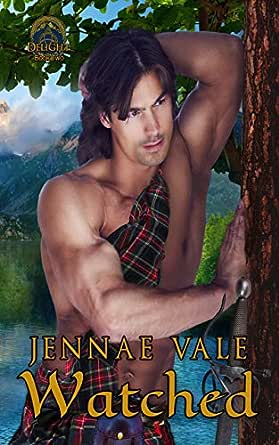 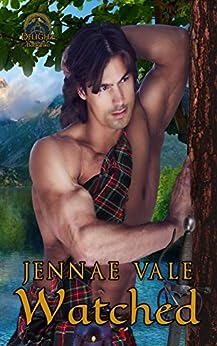 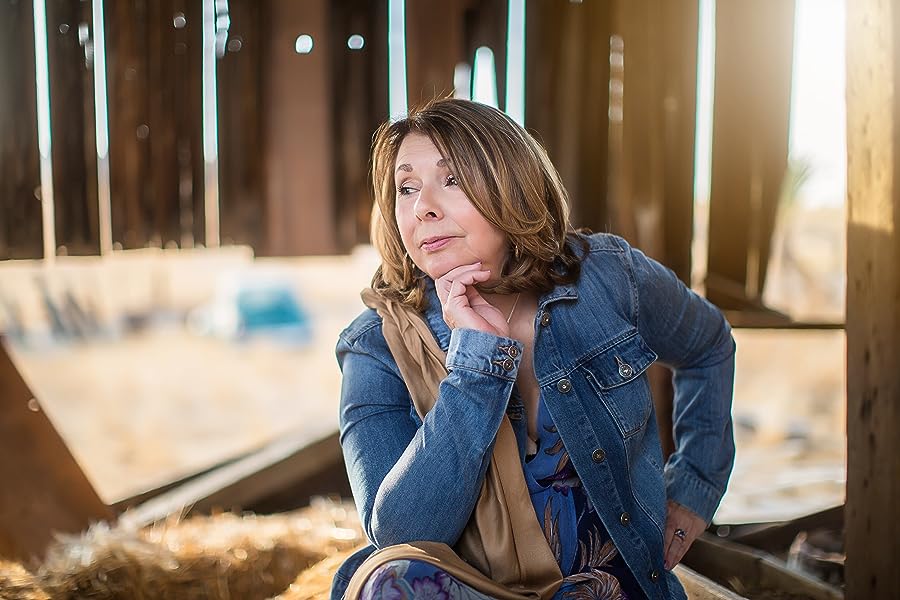 Kade Fletcher is the youngest of three brothers who have time traveled from eighteenth century Scotland to present day California. He loves his new life and the friends who’ve quickly become family to him. The only thing missing is a lass to share it with.

Billie Adams has come to Delight to write her very first book. She’s new to the whole world of writing and believes a month’s stay at the Writer’s Ranch will spark her imagination. The one thing she wasn’t prepared for when she arrived in town was Kade Fletcher. She can’t seem to take her eyes off him whenever he’s around, but she’s sure he belongs to someone else and Billie refuses to set her sights on another woman’s man. If she can’t have him, surely there’s nothing wrong with making him the muse for her story, is there? All the while Billie is busy watching Kade, she has the uncomfortable feeling she’s being watched by someone unknown and unseen. Is it a bear, a man or a mythical Scottish creature? As she becomes more involved in the goings on in Delight, she finds herself in trouble and Kade may be the only one who can save her.

Kade and Billie are undeniably attracted to each other, but can they be more than friends? It’s a question with an easy answer for him and one that has her doubting her strong sense of what’s right and wrong.

Sherry readsbychoice
5.0 out of 5 stars What A Delight!!
22 December 2019 - Published on Amazon.com
Verified Purchase
I truly enjoyed this story so very much. I read the first one Wanted with the Bear, and how they came to the future. So I was anticipating reading Kade Fletcher's story. Him being the youngest of the three brothers I wondered how he would fair.
Then along comes Billie Adams, a shy lady who sees stars when she first saw Kade. there was a connection but she couldn't understand why or how. All Kade knew was she was going to be his. He just needed to figure out how.
There is lots of mystery, romance of course, but there is also a connection to the people and the town of Delight.
One couldn't help but love them all. But Billie knew this was only temporary for she had to go back to LA and back to work where is not appreciated.
But she is appreciated in Delight, by everyone. Even if she has fears, and has panic attacks. So much suspense, and very intriguing.
Panics attacks are real, so I will not make light of it. I felt for Billie and understood her fears.

Love the story, love the characters, can't wait till Payton's story comes out. And I hope there is more for Tammy, and Avery's story, they have to have one.

Thank you Jennae for such a awesome story. I didn't find any errors only delight in Delight.

Joanne G
5.0 out of 5 stars Wonderful!
19 January 2020 - Published on Amazon.com
Verified Purchase
The second book in the Delight series, Wanted, was very good. I loved Kade and Billie, the main characters of this story, along with the town and people that the author created. I can't wait for the next one.
Read more

Annie Hinshaw
5.0 out of 5 stars Time travel romance
19 December 2019 - Published on Amazon.com
Verified Purchase
This is one of my favorite authors. I can always count on a well written novel Jennae Vale
Read more

Steadfast
5.0 out of 5 stars Delightful!
21 December 2019 - Published on Amazon.com
Verified Purchase
A lovely little town, delicious men with Scottish accents, and a young woman looking for something "just right". Curl up and get ready to lose yourself in this enticing romance!
Read more

Kade Fletcher is the youngest brother of three who have time traveled from eighteenth century Scoltand to present day Delight.  He really loves his new life and wouldn’t want it any other day. The only thing missing is a woman to share it all with.

Billie Adams has come to Delight for a month to get started on writing a book. She’s never written anything before, but does work in an ad agency. She’s hoping that her month long stay at the Writer’s Ranch will get her creative juices flowing so to speak. She thinks she has it all figured out however there is one thing she didn’t count on and that is Kade Fletcher. For some reason she can’t seem to take her eyes off of him when he’s near, but she’s sure that he’s taken and she is not the type of woman that chases another’s man. All of a sudden the thought of him being her muse is perfect. It shouldn’t hurt to actually use him as her muse, should it? Then Billie notices something else. For some odd reason she feels like she’s being watched by something or someone unseen. Is it a bear, a man, or some kind of mythical creature? All the while these happenings go unsolved Billie finds herself in a lot of trouble and only Kade can help her, but will he get there in time?

Kade and Billie are totally attracted to each other, but can they be more than friends?

Jennae Vale writes a lovely story that had me glued to my e reader. These two characters had a lot of chemistry and I enjoyed getting to know them immensely. They were perfect together and I was rooting for them to get together. Ms. Vale thank you for another wonderful story. It was so nice to visit with characters from previous books.
Read more
Go to Amazon.com to see all 9 reviews 5.0 out of 5 stars
Get FREE delivery with Amazon Prime
Prime members enjoy FREE Delivery and exclusive access to movies, TV shows, music, Kindle e-books, Twitch Prime, and more.
> Get Started
Back to top
Get to Know Us
Make Money with Us
Let Us Help You
And don't forget:
© 1996-2020, Amazon.com, Inc. or its affiliates