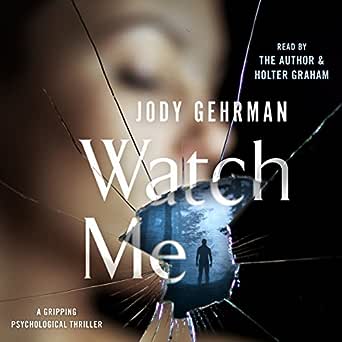 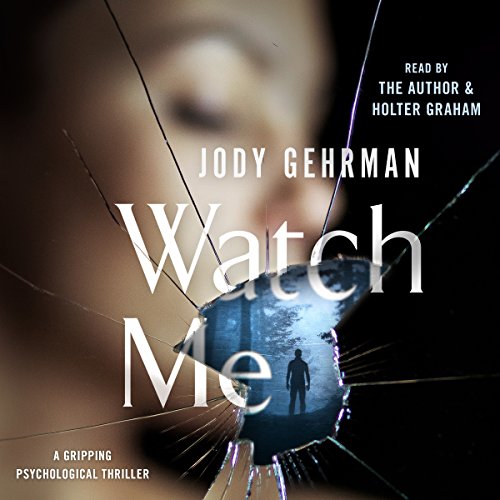 Watch Me: A Gripping Psychological Thriller

Jennifer Cameron-Smith
TOP 10 REVIEWER
4.0 out of 5 stars ‘After five years waiting for this moment, watching you for the first time still catches me off guard.’
Reviewed in Australia on 6 March 2018
Kate Youngblood is a creative writing professor at Blackwood College. She’s aged in her 30s, and starting to feel as though life is passing her by. Kate is recently divorced, her husband has left her a younger woman. Kate has been unable to replicate the success of her first novel: her second novel has failed. Kate’s poised between the success of her past, and the possibility of an invisible future. Will anyone now want to get to know her?

Kate’s most promising student is Sam Grist. He has a raw talent which Kate wants to nurture. But Sam, whose writing tends towards the dark and twisted, has more than one secret. Sam is obsessed by Kate. He’s been working on learning more about her, preparing to get to know her in person for five years. Sam envisages a life with Kate: she’s ‘the one’ for him. As Sam insinuates himself into Kate’s life, he starts to take control.

‘I’ve been worried about your judgment for quite some time now.’

Kate is torn between being attracted to Sam, and recognising the inappropriateness of any personal relationship. She’s intrigued by him, flattered (up to a point) by the attention he pays her. But just how far will Kate let Sam into her life? And, can she stop him?

‘Isn’t it sad, the way we grasp the beauty of everything too late?’

The chapters alternate between the perspectives of Sam and Kate. In Sam’s view, his actions are both logical and justified as he demonstrates to Kate why they are made for each other. I found Kate’s perspective more difficult, as she is torn between what she thinks she wants and what she knows she should do. And the ending? You’ll need to read it for yourself. Just keep in mind that obsession is dangerous, and may even be fatal.

Note: My thanks to NetGalley and St Martin’s Press for providing me with a free electronic copy of this book for review purposes.

Kindle Customer
4.0 out of 5 stars 4 chillingly creepy stars
Reviewed in the United States on 9 February 2018
Verified Purchase
What can I say about this addictively readable psychological thriller other than, "WOW!"

SUMMARY
Author / college professor Kate is going through a bit of a rough patch; her husband of 10 years has left her for a much younger woman, her BFF since college, Zoe, is recently married and very pregnant, Kate's second book, which was already published several years ago, has not been as revered as her first AND she is unable to come up with anything for her third. With her tenure review around the corner, her department chair not exactly loving her and no new publications in the near future, Kate is beginning to feel insecure, irrelevant and invisible.

When handsome, intense undergrad Sam Grist shows up in her writing seminar, Kate can't help but notice the way he stares at her and takes in her every word. It's hard not to find this kind of reverence flattering. Soon they begin to bump into each other at random times and places. They develop a bit of a bond which takes on kind of a flirty vibe.

Since this story is told from the dual view points of both Sam and Kate, it isn't long before the reader learns that Sam didn't just accidentally end up in Kate's seminar or even at Blackwood College. Sam has been working toward the goal of going to Blackwood and being in Kate's class ever since he read her debut novel, which he credits with changing his life. Apparently, Sam has a case of hero worship. Actually, it isn't long before the reader realizes that it's not just hero worship, it's more of an obsession. And Sam may not be 100% right in the head.

Will Kate notice that Sam is not what he seems before it's too late? Will her vulnerability effect her judgement? What is Sam's end goal? Exactly how unstable is he and what is he willing to do to get what he wants?

WHAT I LOVED
I have so much praise for this stalker love story BUT I have to say my favorite part was being inside Sam's head. Particularly reading how Sam practiced making "normal" facial expressions. Here is one of my favorite highlights from Sam's POV:

"My face blends the right mixture of sheepish, contrite, and pathetic. I’ve practiced this look many times in a mirror. You’d be amazed how often it comes in handy."

I love that line because it shows how hard Sam has to try in order to just blend in, how he has to calculate his every move.

Kate was surprise. As a published author of a well respected book and a college professor, I was expecting her to be more confident and sure of herself, to carry herself with an aura of authority but she was kind of a mess. Due to all the drama with her career and marriage, she was more susceptible than normal to the charms of Sam. She was also thrown off by things she should have figured out by this stage in her life; a meeting with her agent, her prickly department chair and her much younger student. I loved how author Jody Gehrman created this sort of bumbling, messy yet very loveable character. It made her more relatable. I have to say that Kate kept me guessing until the very end.

Although she was just a minor character, Sam's mother was intriguing. She was clearly not much of a mother to Sam and not much of a human being but I loved the idea of the mystical Native American connection she had to Sam. She seemed to pop up when least expected and know things she should have had no way to know. I also loved the way Sam described her before she was too far gone and how he was able to remember the good times even though they were heavily outweighed by the bad.

WHAT I DIDN'T LOVE
I would have given this book another star if it hadn't been so darn similar to Caroline Kepnes's books, "You" and "Hidden Bodies." That statement is a bit ironic because I actually chose to read it based on a GR Friend's recommendation and comparison to "You" and "Hidden Bodies." There were just a few pages so similar that they almost felt borrowed.
Read more
3 people found this helpful
Report abuse

SusannaSultana
5.0 out of 5 stars Kate Youngblood has reached a point in her life where ...
Reviewed in the United States on 5 February 2018
Verified Purchase
Kate Youngblood has reached a point in her life where she feels invisible and fears becoming irrelevant. Sam's enrollment in her English composition class isn't just casual; he has been mapping this encounter for years.
Gehrman's style is intense and visual, sparkling with with truth, humanity and her characteristic touches of humor. It's a psychological thriller with capital T, full of suspense, and with masterfully developed characters whose alternating narrations lay bare their histories, motivations, and vulnerabilities.
She holds nothing back, giving this reader a story that is as disturbing and haunting as it is compelling and satisfying.
Read more
3 people found this helpful
Report abuse

Sandy Markwalder
5.0 out of 5 stars Suspenseful! Couldn’t put it down!
Reviewed in the United States on 7 May 2018
Verified Purchase
I thoroughly enjoyed this book from beginning to end and couldn’t wait to get back to it to see what scary thing would happen next. I loved Jody’s writing style, as well .. her description of being a woman over 40 fighting her attraction to a younger man was very real.
Read more
One person found this helpful
Report abuse

Elizabeth Blankenship
3.0 out of 5 stars Ok read
Reviewed in the United States on 2 January 2019
Verified Purchase
The book tended to drag for a bit. Some of the plot was unbelievable seeming unrealistic even for fiction. The book was still worth reading though.
Read more
One person found this helpful
Report abuse

Public Name
5.0 out of 5 stars For your collection
Reviewed in the United States on 31 January 2018
Verified Purchase
The most recent must-have for your Jody Gehrman collection.
Read more
3 people found this helpful
Report abuse
See all reviews
Get FREE delivery with Amazon Prime
Prime members enjoy FREE Delivery and exclusive access to movies, TV shows, music, Kindle e-books, Twitch Prime, and more.
> Get Started
Back to top
Get to Know Us
Make Money with Us
Let Us Help You
And don't forget:
© 1996-2020, Amazon.com, Inc. or its affiliates