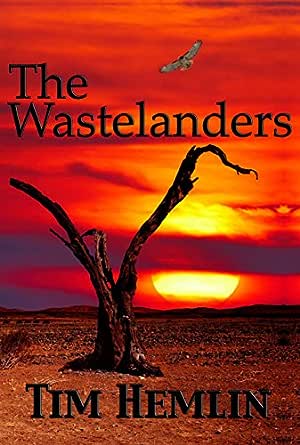 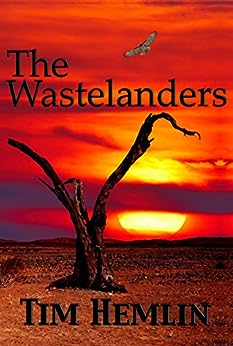 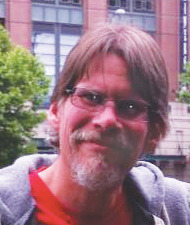 Renae Lucas-Hall
5.0 out of 5 stars A dark yet compelling read
Reviewed in the United Kingdom on 18 August 2016
Verified Purchase
I really enjoyed reading this book. It’s quite a long book at 500 pages but I could have easily read another few hundred pages because it was so well written and the characters were so completely engaging. The dystopian theme provides a dark yet compelling read but it’s the strength of the characters and the wonderful writing style that really bring this book to life. If you read this book I’m sure you’ll agree the story, the characters, the gripping dialogue, and the setting are so powerful and absorbing it would be great to see an interpretation of The Wastelanders on the big screen. Even though post-apocalyptic dystopian books are not my favourite genre, I was so pleased to discover this extremely accomplished writer who obviously has an enormous amount of talent. His unique writing style is proof that this author could bring any book to life. However, this is the first book I’ve read from this particular author and I liked the book so much I’m really looking forward to reading more of his books in the future. In some ways, the story reminded me of George Orwell’s 1984 and I’m sure Orwell would have loved this book if he’d had the chance to read it. He would definitely say Tim Hemlin is a “scrupulous writer”. The wastelands, the main character Joey and his first love Si-Ting with her time-witch powers, the very likeable Bear, Joey’s concerned and caring father Bernie Hawke, the abused yet sweet and very determined Moon, the naive president and his scheming wife, the First Lady Isabel, as well as the camp and crazy geneticist and his clones who are all living in a false paradise under a clock tower in the wastelands, will remind you of any of the Mad Max movies. However, I thought The Wastelanders was even better than this famous film because the post-apocalyptic theme has been developed even further and it has such a unique twist. So, if you’re a fan of gritty, unpretentious, raw characters, as well as exhilarating action and political intrigue with a touch of romance, then this is the book for you.
Read more
Report abuse

Jan Hawke
4.0 out of 5 stars Drink in this Wasteland
Reviewed in the United Kingdom on 11 August 2015
Verified Purchase
Water is a valuable commodity, politically and commercially in this dystopian tale of future America. Comparisons with Frank Herbert's classic series Dune are therefore inevitable, if ill-conceived, since this is very much an Earthbound tale and, to some extent, not so inconceivable or even unlikely in the contemporary eco-climate, where too little, too late is the norm so far as natural resources are concerned across the Western Hemisphere.

Parallels with desert planets are there in the best sense, in that this is a well-written, fast-paced piece of classic sci-fi where the inner hinterlands of the future US are laid to dead, arid wastelands under a devastated ozone layer, inhabited by freaks of various cultural origins including the criminal, religious, chemical, philosophical, genetically corrupt and morally bankrupt. It's hard to be totally original with apocalyptic dystopian tales, and there were times when I got deja vu of the Mad Max, or Tattooine persuasion, hence the 4 stars. However, by and large, Tim Hemlin has done a great job with edgy, engaging and not always squeaky-clean protagonists, and gloriously despicable, unhinged, but still strangely vulnerable, even charming nasties, whom I couldn't quite bring myself to hate - Mr. 'Fat Cat' President being a case in point.

So yeah - very much of it's genre, but well worth reading and providing much food for thought for those of us who don't do enough to stick up for Mother Nature, but just KNOW we're gonna pay for it eventually...

Peaceseeker
5.0 out of 5 stars “This place is enough to mutilate the soul”
Reviewed in the United Kingdom on 24 March 2015
Verified Purchase
‘The Wastelanders’ paints a disturbing picture of a dystopian society in America in 2116. The character development is layered and skilful and I was reminded very much of George Orwell’s 1984: the ubiquity of the spy network, the menace and the mercilessness, the corruption and amorality: the totality of control in what is left of a clapped-out world destroyed by the senseless greed and paranoia of those in power. And yet beyond the totalitarian bubble - along its rim, and in the Wasteland beyond, populated by the banished - against apparently impossible odds comes the hint of a saviour.
When we get into ‘The Wasteland’ we find the anarchy that pervades ‘Mad Max’. This is an allegorical journey through a futuristic hell on earth, which I will not describe because you need to make your own ‘Pilgrim’s Progress’ through it. Suffice it to say that while it is a harrowing journey, it is one well worth making. Power brokers have initiated their own equivalent of the burning of the Reichstag Building in order to justify a kind of genocide presided over by the looming absence of a Fuehrer with a plan to live a thousand years. By the 21st century, cloning has reached a whole new level…
Tim Hemlin is a poet, and more than anything else his poet’s perception enriches this book. Bone meal breaks beneath the brittle sun. Light deliquesces into darkness. There is an ellipsis of rooks. Coils of contempt tighten upon a face. He’s a dab hand at telling similes: The long shadow of the late Leonard Malcolm Litz darkened the room like the stubble on Dick Nixon’s face. The sun, like a flaming ball of barbed wire, scarred the sky. Expect strong metaphors as well, of course: the grin was a cheap coat against hard rain, the place had the stability of a home-made bomb; it was a toilet bowl waiting to be flushed. Light the color of bad teeth began its daily infection, gradually eating away at the meat of darkness.
Do not expect to be able to suspend your disbelief; but instead accept it as apocalyptic allegory, luxuriate in its language and give due consideration to its message: this is a state of affairs we seriously need to avoid, and the time to act is now.
Read more
One person found this helpful
Report abuse

C. Johnson C. Eng
4.0 out of 5 stars A Consummate Adventure amidst Political Intrigue
Reviewed in the United Kingdom on 12 January 2015
Verified Purchase
This excellently readable Sci-Fi/Cli-Fi novel starts with an explosion at Cartel #23 desalination plant in the Houston Bubble. Bernie Hawke, a high-ranking employee, is absent due to food poisoning contracted from eating at Uncle Al’s Sweet Chop Stix, a retro twentieth century Chinese buffet. Clearly, this seems to put Bernie high on the list of sabotage suspects held by the Home Sec agents who come to interview him, but is there more to their enquiries?

When did Bernie last see his estranged son, Joey? They all know he happens to live out in the Wastelands – a suspected terrorist and member of the Neo-Gnostics, a quasi-religious sect. This, though, is where the realistically dirty political story that takes Bernie in search of his son largely takes over and shadows the initially promising love interest revealed early on between Joey and Al’s niece, Si-Ting. With this romance entering the story so soon, I read on in anticipation of developments, only to see it become but one of many clever plot devices that ably carry the story forward. Only near the end did it fully come back into the frame, and even then it felt more the cold tying off of a loose end than a romantic, or even an emotional culmination.

This perhaps highlights the more pertinent strengths of the book, where Hemlin does an excellent job of more clinically introducing the reader to a post-climate-change world of habitable city bubbles scattered about a desert-like American continent. The story quickly becomes complicated by vying individuals and vested establishment interests – from roaming scrap collectors in the Wastelands right the way up to the president and his wife. The author handles this rich political cloth of interwoven plots with aplomb, making it all plausible and believable, without getting bogged down in too much detail.

There are clever plot and narrative devices and twists that came as a surprise, all adding an extra dimension to the story – such as Si-Ting discovering her latent ‘time witch’ faculty. As is not unusual in this genre, however, fleshing-out the characters takes a bit of a back seat to the story itself, although they certainly develop into more than just the usual cyphers. This is sufficient, given the nature of the narrative, where it’s the story and plot that sit centre-stage. They admirably carry the underlying environmental message without it being laboured or in-your-face. In fact, the story is intelligently and at times humorously handled with a nuanced hand, nicely peppered with interwoven learned quotes from a variety of sources, from common culture to the classics.

The style of Hemlin’s writing makes for an easy and pleasant read, one that’s well-structured and of a high grammatical standard. A fair bit of the book is fast action and adventure, with a steady but not overwhelming stream of scenes of conflict, all of which are admirably handled and suitably paced – a real test of an author. However, if you read this expecting to be spoon-fed lessons on environmental sustainability then think again. The messages are there, but they seep from the bones of the setting and stories, from hints at the history and beliefs that flesh out those bones, and the often ironic observations of both characters and the author that bring an intelligent eye most tellingly to this commendable tale.

Avid reader
5.0 out of 5 stars A Story Which Leaves You Wanting More!
Reviewed in the United Kingdom on 2 March 2017
Verified Purchase
The Wastelanders is a dystopian novel set in America in 2116. From the very beginning, you're hooked.
Interesting characters pull you into a fascinating world and the storyline grabs you like fingers around your throat.
In a way this story reminded me of Mad Max. The city is enclosed within a bubble, and where criminals are sent out into the desert to die.
The characters are well thought out and I liked the fact that Tim used different cultures to make them more interesting.
The story follows our hero Joey, who is banished from the bubble to live in the Wasteland. It's action-packed, edge of your seat stuff and the author has done an excellent job in a climax which sets up a possible sequel. In a post-climate-changed world, Tim has delivered a gripping read that deserves all five stars!
Well done Tim!
Read more
Report abuse
See all reviews
Get FREE delivery with Amazon Prime
Prime members enjoy FREE Delivery and exclusive access to movies, TV shows, music, Kindle e-books, Twitch Prime, and more.
> Get Started
Back to top
Get to Know Us
Make Money with Us
Let Us Help You
And don't forget:
© 1996-2020, Amazon.com, Inc. or its affiliates