It Was Only Ever You: A glamorous historical romance and over 1.5 million other books are available for Amazon Kindle . Learn more
Share <Embed> 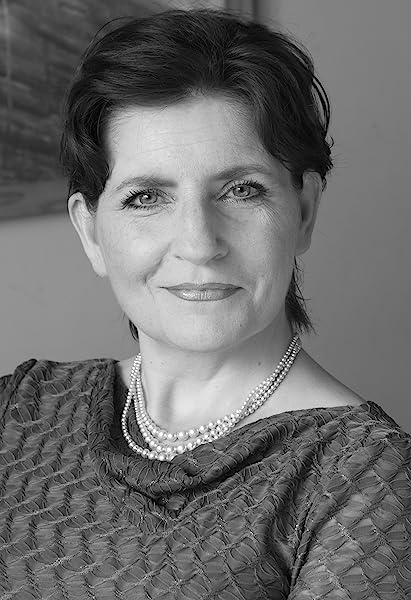 Page 1 of 1 Start overPage 1 of 1
This shopping feature will continue to load items when the Enter key is pressed. In order to navigate out of this carousel please use your heading shortcut key to navigate to the next or previous heading.
Back
Next
Start reading It Was Only Ever You: A glamorous historical romance on your Kindle in under a minute.

"Weaving the lives of four people with a jazzy, lyrical backdrop, It Was Only Ever You is an easy read with a compassionate storyline." --Booklist

Kate Kerrigan lives in County Mayo, Eire, with her husband and children. Her novels include Recipes for a Perfect Marriage, shortlisted for the 2006 Romantic Novel of the Year Award and Ellis Island, which was a TV Book Club Summer Read.

natalie s
4.0 out of 5 stars light and sweet tale that will leave you wondering how it will ...
Reviewed in Australia on 6 October 2017
She loves you yeah, yeah, yeah! It Was Only Ever You is a romantic story about three strong, young women and their relationships with one charming man living in New York City. It’s an engrossing, light and sweet tale that will leave you wondering how it will end and who will wind up with whom.
This story is set in an almost identical place to Colm Tóibín’s Brooklyn. It is the 1950s and a time when many Irish people made a passage in order to have a new life in America. Instead of focusing on one main protagonist, Kate Kerrigan frames the story though a group of young people. Her prose is quite light and whimsical at times and for this reason, it occasionally reminds me of Marian Keyes’s work.
Kate Kerrigan’s real name is Morag Prunty and she is a journalist and best-selling author. Her most famous novel is The Dress. In It Was Only Ever You Kerrigan provides a smoking soundtrack and backdrop that takes in jazz, ballads and early rock ‘n’ roll. It is a period when people were just learning how to rock around the clock and they did so with gusto. Kerrigan’s main character, Patrick is a dreamboat by all accounts and a fledgling singer.
Patrick was a poor boy from County Mayo in Ireland. He found love in the form of an artistic, rich girl and Doctor’s daughter named Rose. The pair were besotted but Rose’s parents did not approve of the relationship. Patrick’s head was also filled with big ambitions of his own. He leaves Ireland and goes to New York while his heart pines for Rose and he works a lowly job because he is indebted to his employer. This world is a very different one to that inhabited by a caring socialite named Ava. She is an idealistic girl who is aware that she won’t win any prizes for her looks. Ava remains optimistic however, and continues to frequent the dance halls in the hopes of finding a nice husband.
Shelia is the most interesting character of them all. The orphan of parents who died during the Holocaust, Shelia is the kind of girl who is determined and knows exactly what she wants. Shelia is a vanguard and an inspiration. She is trying to forge her own way in the music industry, a world that is almost exclusively controlled by men. It’s fortunate that Shelia has a nose for talent and she hopes she can discover music’s next big thing.
It Was Only Ever You is like a patchwork quilt of different emotions that show a group of young people falling in and out of love and discovering themselves. This is a story about love, loss and following your dreams and it is set amongst the glamourous New York nightclub scene of yesteryear. The story features some likeable and well-developed characters and the story feels very authentic. It Was Only Ever You is a pleasant book to read not least because it shows a group of fine characters marching to the beat of their own drums.

avid reader2
5.0 out of 5 stars Beautifully written
Reviewed in Australia on 5 March 2019
This was a beautiful story, full of historical drama. I loved all the descriptions of the old time dance halls. This was my first book by this author, won't be my last. She writes a lot like maeve binchy.
Read more
Helpful
Comment Report abuse
See all reviews

Jen 99
4.0 out of 5 stars Super
Reviewed in the United Kingdom on 9 July 2017
Verified Purchase
I really enjoyed the story. It was a bit usual about the Irish going to America hoping to find the streets paved in gold. I don't know if this still happens.
Read more
One person found this helpful
Report abuse

Incurable Romantic
2.0 out of 5 stars Ok read 2 1/2 stars
Reviewed in the United Kingdom on 15 September 2017
Verified Purchase
Story was ok but written in an immature way. It didn't flow as well as it could. The ending felt rushed and contrived. I think it would have benefited from a good editor.
Read more
Report abuse

Amazon Customer
2.0 out of 5 stars Wouldn't have finished if I hadn't been on a plane with nothing else to read!
Reviewed in the United Kingdom on 6 June 2017
Verified Purchase
The main characters were all pretty weak and unlikeable, flitting around making big decisions on a whim with no real lead up, making this an unsatisfying read. The setting was interesting though and this book could have been so much more.
Read more
Report abuse

Ger Hogan
5.0 out of 5 stars Five Stars
Reviewed in the United Kingdom on 27 May 2017
Verified Purchase
Loved it, another winner from Kate Kerrigan! More please!
Read more
Report abuse
See all reviews
Get FREE delivery with Amazon Prime
Prime members enjoy FREE Delivery and exclusive access to movies, TV shows, music, Kindle e-books, Twitch Prime, and more.
> Get Started
Back to top
Get to Know Us
Make Money with Us
Let Us Help You
And don't forget:
© 1996-2020, Amazon.com, Inc. or its affiliates