The Warrior's Gift and over 1.5 million other books are available for Amazon Kindle . Learn more
Share <Embed> 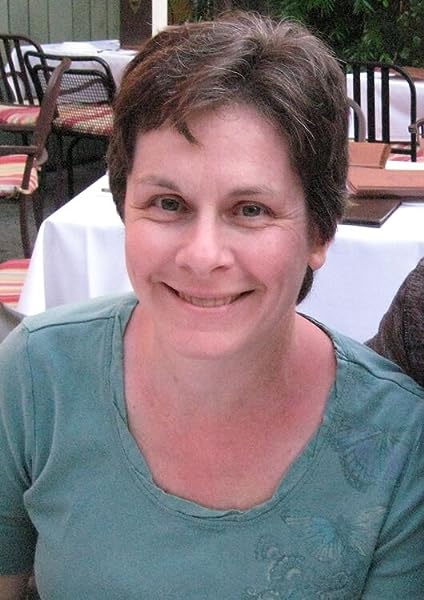 Start reading The Warrior's Gift on your Kindle in under a minute.

Bonnie began telling stories as a child. Whenever there was a sleepover, she was the designated ghost tale teller, guaranteed to frighten and thrill with macabre tales. Writing childish stories for her own pleasure led to majoring in English at college. She dreamed of writing a novel but didn't have the necessary focus at that time in her life. It was only in 2000 that she began writing again. She enjoys reading stories about people damaged by life who find healing with a like-minded soul. When she couldn't find enough books to suit her taste, she began to write them. You can see her back list of titles at http: //bonniedee.com, or join her Yahoo group for updates on new releases, http: //groups.yahoo.com/group/bonniedee/ Also find her at Facebook and Twitte

ORed
4.0 out of 5 stars Rawr
Reviewed in the United Kingdom on 5 February 2014
Verified Purchase
Lovely quick read set in a dystopian world. Two people find comfort and love in each other's arms in a kingdom that breeds warriors for fighting and little else. I loved the two main characters - they were fearless, courageous and mad about each other. Bonnie Dee weaves a wonderful story yet again.
Read more
Report abuse

Glitter Spirit
5.0 out of 5 stars Adult Fairytale Romance with a Thrilling Revolution Thrown in!
Reviewed in the United States on 20 April 2015
Verified Purchase
"The Warrior's Gift" by Bonnie Dee was a spectacular read, which I loved! It completely lived up to what was promised in the summary and then some!

Stars: 4.5 (I'd easily rate this a 5 if a little bit of tragedy wasn't thrown into the ending! It was a little. Do not be deterred.)

The first thing that struck me about the ambience laid out for us is that this felt like an historical romance, but that's not entirely accurate. The tale began in a quaint, peaceful village whilst a young woman, Katya, was being prepared for the great "honor" of becoming the "bride" to one of the Warriors dedicated to keeping the villagers safe from harm. When she arrived at her new "home," however, she discovered that things were EXTREMELY far from what they had always been taught and what she had always believed. She's taken to a strange man in a darkened cell to "mate" with him with the intent of breeding future warriors. Neither party has a choice. Her "mate," Turan, is a very sensitive male, who actually had no idea what his role was to supposed to be in that instance. The way Katya handled the situation and him was brilliant. She's one tough young woman, but she retained enough femininity and vulnerability to be totally likable and believable as a character.

I felt such sympathy for the Warriors. They were raised in the coldest manner possible and treated as slaves or convicts. I also felt strongly for the women for the obvious reasons and for some reasons yet to be discovered.

I cannot proceed with the recounting of the story much more without this becoming a spoiler.

This is not the first I've read from Bonnie Dee, and it will not be the last. She infuses so much emotion into her characters, and that really draws me in (makes me really feel for and root for them). The writing, as I said, is very good. I won't accuse it of being overly complex, but, this was not meant to be Shakespeare. I know from other books, which Ms. Dee has produced, that she is quite capable of writing with depth (not that Warrior's Gift lacked depth, mind you—it had JUST the *right* amount).

This almost felt like a very, very *adult* fairytale (there was even a bit of perceived magic involved). This was an easy read read that was also an action-packed, Revolution-filled, passionate love tale that I won't soon forget and might actually throw onto my re-read shelf for times when I need something easy, but fun at the same time to take my mind elsewhere. Ms. Dee packed a lot into one story, and I think that takes immense talent.

Thank you for the great read, Bonnie Dee. I want to say (in case you happen to read this review) how much I love that you give the women the strength to save or help to save their men in many of your books without emasculating the men at all. I adore that theme in your work! More, please!!
Read more
Report abuse

Kathie @First Page to the Last Book Reviews
4.0 out of 5 stars Katya is STRONG and Turan is sweet
Reviewed in the United States on 6 December 2011
Verified Purchase
An interesting premise...the people are guarded by the Warriors...and sometimes "brides" are chosen and gifted to them...

Some of the men are barbaric...some are sweet...

Katya is chosen and given to Turan...he's never even imagined being close to a woman...but she shows him the way and they come together...

Katya knows she can never survive in captivity, which is what being given as a bride means, so she starts to plant the seeds of rebellion...starting with her "husband".

He, now that he can hold sunshine in his hands, wants to keep her safe and to keep her for always.

There are a few typos here, but the story itself is enthralling.

<spoiler> There is a RAPE in this story. I could have done without it and the story could have stopped BEFORE that moment, with Katya taking back the control. It was NOT done by her husband, but still wasn't necessary in my humble opinion. At least the villain got what he deserved. </spoiler>

This isn't a very long story, but a nice way to spend an hour or two.
Read more
4 people found this helpful
Report abuse

Pknv
3.0 out of 5 stars Just ok
Reviewed in the United States on 10 December 2013
Verified Purchase
This is the first book I have read by Ms. Dee and I'm sorry to say that I doubt I will read another. Not much to the story except fighting and some great sex. The only part of the story I liked was that a warrior who had been born and trained only to fight, knew nothing of women or love. He, along with fellow warriors, had been kept in cells their entire lives, except when they were fighting against their enemies. Yet when Turan was given a woman for the first time, he wad almost like a child, learning from her and actually having sex for the first time. He was so gentle under her tutelage, when he could have dominated and hurtful. That Katya realized his tenderness and even fear of her, was such a beautiful part of the story. The rest was just so-so, so I could only give it 3 stars.
Read more
Report abuse

Laurel
4.0 out of 5 stars Holy Hot Warrior!
Reviewed in the United States on 8 November 2013
Verified Purchase
Steamy and erotic, this little gem from Bonnie Dee is a fast and fun read. Turan and Katya definitely have heat and the fantasy element of the story works well. I wish it could have been a more fully flushed out story and a longer length (did I just write that!?). Either way, it was quite enjoyable and a recommended read from this very entertaining author.
Read more
Report abuse
See all reviews
Back to top
Get to Know Us
Make Money with Us
Let Us Help You
And don't forget:
© 1996-2021, Amazon.com, Inc. or its affiliates