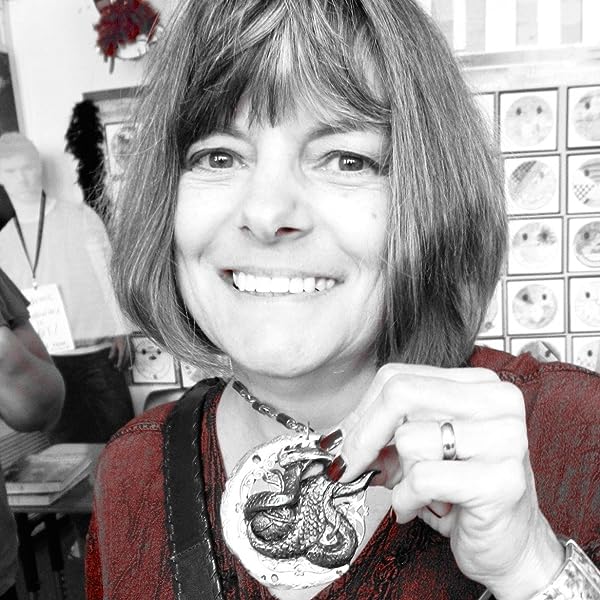 by Cinda Williams Chima (Author)
4.6 out of 5 stars 354 ratings
See all formats and editions
Sorry, there was a problem loading this page. Try again.

Page 1 of 1 Start overPage 1 of 1
Previous page
Next page
Start reading The Warrior Heir (Heir Chronicles) on your Kindle in under a minute.

4.6 out of 5 stars
4.6 out of 5
354 global ratings
How are ratings calculated?
To calculate the overall star rating and percentage breakdown by star, we don’t use a simple average. Instead, our system considers things like how recent a review is and if the reviewer bought the item on Amazon. It also analyses reviews to verify trustworthiness.

Mina
3.0 out of 5 stars Not a bad start to a YA/UF series with wizards, warriors and Highschool
Reviewed in Germany on 18 July 2021
Verified Purchase
I read that „The Warrior Heir“ was the first book C. Williams Chima published and that her other series were a lot better. Well, this book isn’t perfect and I am not enough of a fan to continue the series, but I will definitely try the author’s other series.

In the small town of Trinity in nowadays Ohio, 16 year old Jack one day forgets to take his heart medicine and realizes that he isn’t only not feeling bad at all, but is even developing strange abilities. Long story short, Jack is a Warrior heir, has magic and is on the wrong end of the food chain of the secret world of wizards, warriors, enchanters and the like. The wizards rule the magical community and Jack has to learn and gear up fast to prevent them to use him as a kind of magical gladiator. From one day to the next, he has no idea whom to trust and how to juggle secret warrior training and Highschool life…

Well, people are not what they seem, there is a rather cool showdown with deus ex machina moments and the book‘s ending is wrapping up things well enough that you can read the book as a stand-alone.

What I really liked about the book was its atmosphere, the continuous sense of dread and danger Jack and his aunt felt. I actually felt it too. Jack as a character on the other hand, stayed rather bland and I had problems connecting to him. Maybe it was the changing 3rd person POVs, I don’t know, but I had to fight a bit to stay interested in his fate. And the alleged romance wasn’t really there either, the two teenagers rarely spent time together and so any feelings on anyone’s side didn’t feel real.
But then the book showed that the author is well able to develop interesting plots and worlds and so I will just try another of her series.
Read more
Report abuse

Vm66
5.0 out of 5 stars Another good start to a series...
Reviewed in the United States on 6 April 2016
Verified Purchase
While waiting for the 5th installment of the Falling Kingdoms series, my attention has been diverted to Ms. Cinda Chima's work. She has first caught my interest on the Seven Realms series. I have devoured that series in a month-span. My urge on Fantasy just cannot be satiated, and so I have continued on with The Heir Chronicles series. Well, book one is another good read for me. The story derives from the Wars of the Roses in Britain but with magic and other mystical powers. A guild is formed by five members: wizard, soothsayer, enchanter, sorcerer, and warrior. In this guild, the wizards are the masters who abuse their powers and manipulate the Rules of Engagement to their advantage. If the Wars of the Roses are divided into two houses (Lancaster and York), this series is the same...it is divided by two factions (White Roses and Red Roses) whose wars and disagreements never stop. Then, there's Jack Swift who is borne a wizard but becomes a warrior--which is a rare situation to come by. So, his life is constantly in a brink of death due to the two factions in war. These are just some of the reasons what make this first installment interesting. I just love the work of this author.
Read more
5 people found this helpful
Report abuse

sbcwilliams0917
5.0 out of 5 stars Awesome Read for young and old!
Reviewed in the United States on 28 September 2014
Verified Purchase
Cinda Williams Chima did an awesome job of bringing her characters to life. I'm a fan of fantasy and this was a wonderful and pleasing read. Although it targets a young crowd, it's the type of story that anyone can be drawn in and carried away. Wizards, Warriors, Enchanters, a family sword, great friends, and a touch of romance brings this story alive. You meet Jack, his crazy Aunt, and his many protectors...and there are quite a number of them that work to keep this young boy alive as he discovers his life isn't as it seems. Beating in his wizard inherited heart is a warrior stone which makes Jack popular in the wizard world and. . . a target. You follow Jack and his many supporters as they fight to keep him safe from having to fight in a tournament he's doomed to lose...or is he?

Read and find out!

piptastic
5.0 out of 5 stars Love CWC, and this book especially
Reviewed in the United States on 30 December 2014
Verified Purchase
I'm a huge fan of Cinda Williams Chima, and am slowly working on getting her books on kindle, as well as having most of them in book form. I will say that while one of the book review says it's for grades 5-9 another says grades 8 to 11, I would probably put it more in the range of grades 7-11, unless they're a really big fan of magic, fantasy, etc. I think it's also great for adult audiences who just enjoy a fun story involving magic.

It's full of fun, and it keeps you interested through out, and hopefully makes you want to read the next book.
Read more
3 people found this helpful
Report abuse
See all reviews
Back to top
Get to Know Us
Make Money with Us
Let Us Help You
And don't forget:
© 1996-2021, Amazon.com, Inc. or its affiliates