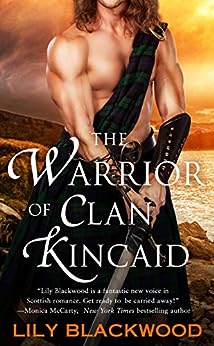 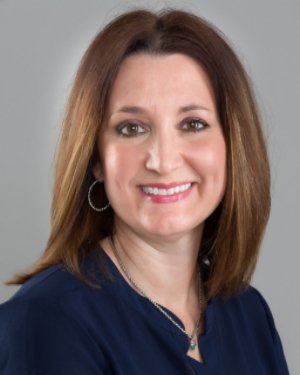 "Lily Blackwood is a fantastic new voice in Scottish romance. Get ready to be carried away!" -- New York Times bestselling author Monica McCarty

Blackwood debuts with a nonstop read, brimming over with wonderful character portrayals and deep emotions. A realistic historical background and a plot fraught with unexpected twists and turns enhance the sensuality. Readers will be eager for the next installment in Blackwood's original series. -- RT Book Reviews

It doesn't get any better than this lovely historical romance. This book had me captivated from the first page. This emotional story begins a journey of redemption, love and trust for three Highland sons and the remarkable women they fall in love with along the way. -- Night Owl Reviews, Top Pick

The harsh realities of 14th-century life are offset by the raw beauty of the land and the stalwart nature of the people. The protagonists' intense passion will keep readers riveted. -- Publishers Weekly

Since her earliest days, Lily Blackwood has found a friend in books. Raised an Army brat, her family moved often, and books were constant companions who always smoothed the transition to a new location and a new set of friends. Now, Lily lives in Texas where she writes sexy historical romance novels about fierce Highlanders while looking out over a garden tended by her own handsome, dashing husband. She suffers endless (fun and always welcome!) interruptions by her two children. And like many authors, she writes with a cat-or two-wrapped around her legs. She is the author of The Beast of Clan Kincaid, Single-Minded, and other books. --This text refers to the mass_market edition.

4.6 out of 5 stars
4.6 out of 5
80 global ratings
How are ratings calculated?
To calculate the overall star rating and percentage breakdown by star, we don’t use a simple average. Instead, our system considers things like how recent a review is and if the reviewer bought the item on Amazon. It also analyses reviews to verify trustworthiness.

Dawn
5.0 out of 5 stars Brilliantly written!
Reviewed in the United Kingdom on 4 August 2018
Verified Purchase
At last we meet the third of the ‘lost’ Kincaid brothers.
Cull had always believed he was a slave and was saved by Buchan as a child.....until he meets Derryth.
Derryth is captured by Cull and Buchans army, and they are drawn to each other even though they are supposed enemies. Slowly but surely the truth of everything emerges.

I have to say I’m sad this is the last in the series! But alas there are only three brothers.
This final one with Cullen is as brilliantly written, as were the two previous in the series featuring Niall (The Beast of Clan Kincaid) and Faelan (The Rebel of Clan Kincaid).
Lily Blackwood weaves a wonderful story and makes all the characters come to life!!

Cbarnett
5.0 out of 5 stars The love of a warrior
Reviewed in the United States on 1 August 2018
Verified Purchase
This is the first book I have read by author Lily Blackwood and it most definitely will not be the last.
The author has written a very entertaining book that will have you staying up late not wanting to put it down.

Cull is a Kings Guard and every inch a chivalrous Knight and.stands by those codes. When he was.a.small child he was taken from his home and sold into slavery. He has no memory of who he is or who his parents were. At age 14 a man bought him from the slavery who held him and promised to teach him to fight. Now an adult he is very well known for his fighting skills. Buchan has called on him to take a castle of his sworn enemies the Kincaids. He questions why he is even been called to take the Kincaid castle, but no one seems to know is the reason why even Duncan and Robert who are the sons of Buchan.

Derryth is the sister-in-law of Laird Kincaid and when the Kings men were spotted by a Kincaid farmer Derryth is dressed in disguise and is sent away to safety, but before she and her escourts can get there they are attacked.by some of the men who are part.of the army set to attack the Kincaid castle, Derryth is saved from the attack by Cull who thinks she is a peasant. Even so he protects her while she is in camp. Cull promises to release her and her escorts before they attack her brother in laws castle, but she is determined to find out everything she can about the attack she can. But the best laid plans have their flaws.

This was a wonderful read and I highly recommend it. I received this book from Netgalley for an honest review.
Read more
2 people found this helpful
Report abuse

Donna F
5.0 out of 5 stars I highly recommend this book.
Reviewed in the United States on 1 August 2018
Verified Purchase
At last, we discover what happened to the third Kincaid brother who disappeared as a child while his family’s castle was attacked, and their parents killed. It was worth the wait!

Derryth MacClaren has been visiting her sister, Elspeth, and her husband Niall Braewick, Laird Kincaid at their castle. Woken in the night, dressed as a serf and told she was being sent home she fears for her pregnant sister and understands they may face a siege from Niall’s enemy Alexander Stewart, Earl of Buchan. She heads home with her brother-in-law’s men as her escort. They are caught by Buchan’s men and held as Cull the Nameless, one of the leaders, decides who they are. He plans to have them work for now and takes Derryth to his tent. She will also work, and he will try to keep her safe.

Cull is loyal to Buchan because he rescued him some years ago from a Venetian ship where he was a slave. He was then trained to be a soldier and eventually named a King’s Guard. He doesn’t understand the hatred for the Kincaids but follows the orders he was given. Eventually, he learns more of his history. I won’t ruin the rest of this wonderful, complex story.
Read more
One person found this helpful
Report abuse

Kindle Customer
5.0 out of 5 stars The Warrior of Clan Kincaid
Reviewed in the United States on 14 October 2018
Verified Purchase
Here is another wonderful story by Lily Blackwood. It is a powerful story of love and deceit. The Hero (Cull) saves the heroine (Derryth) in the beginning of the story not knowing that she is related to the Clan Kincaid. Her and the soldiers, that are sent to protect her, were captured. He saved her from being raped and the others killed by Cull's own men. He punished his men for not doing as he ordered but through a series of events he starts to think about Derryth a lot more than he did anyone else in his whole life. You will have have to read the story to find out what happens. Lily Blackwood is a wonderful writer. I can't wait until her next book comes out. I wonder if she is going to write a story about Robert. He deserves his story. I have no idea what Lily Blackwood next book will be but I will read it because she is a wonderful writer.
Read more
One person found this helpful
Report abuse

Amazon Customer
5.0 out of 5 stars Dont pass this trilogy by!
Reviewed in the United States on 23 August 2019
Verified Purchase
I Just finished this last book! I read the trilogy in sequence. ( I highly recommend that you do too) There is just no other way with this series! I had a hard time putting these books down! Each book was better than the last. I read them for the (historical romance genre) but what I got was so much more! I am all about the love story and that is why I love reading historical romance but I can honestly say that this is the first series I read also for the rich and enthralling story. The ongoing saga of the Kincaid family, of these three lost brothers finding love as well as their way home again is not to be missed out on! Lily Blackwood is a very talented writer and I am planning to read all of her historical romance books in the future! These books were that good! If she is just getting started then we have a lot to look forward to!
Read more
Report abuse
See all reviews
Back to top
Get to Know Us
Make Money with Us
Let Us Help You
And don't forget:
© 1996-2021, Amazon.com, Inc. or its affiliates