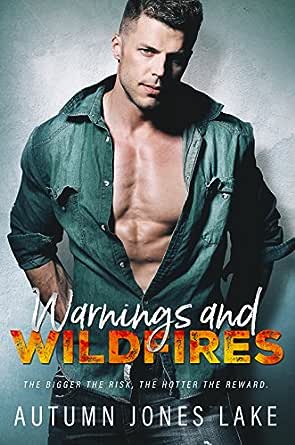 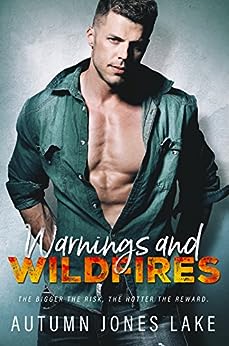 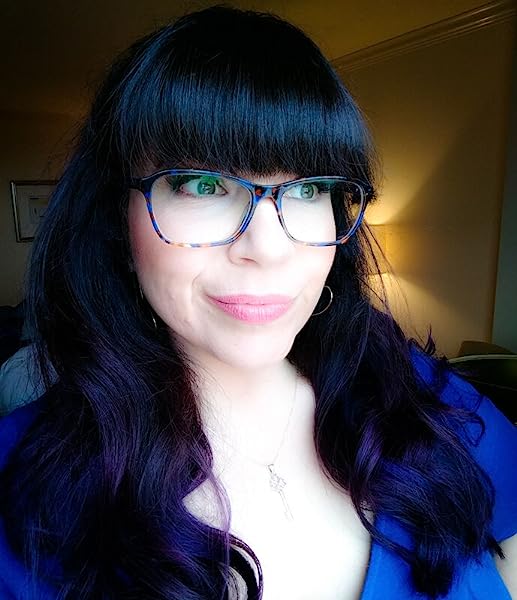 4.8 out of 5 stars
4.8 out of 5
146 global ratings
How are ratings calculated?
To calculate the overall star rating and percentage breakdown by star, we don’t use a simple average. Instead, our system considers things like how recent a review is and if the reviewer bought the item on Amazon. It also analyses reviews to verify trustworthiness.

Belinda Donaldson
TOP 1000 REVIEWER
5.0 out of 5 stars Loved reading about Sully and Aubrey
Reviewed in Australia on 24 July 2018
Verified Purchase
We met Sully and Aubrey in bullets and bonfires.

Aubrey is trying to rebuild her life, trying to get stronger and make smarter choices.
Sully is building his gym, look out for his mother, spend time with his daughter and the last thing he wants is to fall for a woman.

Sick of fighting his feelings he decides to go all in and open not just his home but his heart to Aubrey.
When Sullt comes clean about his past, Aubrey has a decision to make reveal her past or let sleeping dogs lay. That is until the decision is taken out of her hands, and her past comes crashing back in a spectacular way.

Sully and friends rally around Aubrey to make sure Aubrey comes out even stronger.
You see a few LOKI men make appearance and that just adds another layer of intrigue, friendship and loyalty to this fantastic book.
Read more
One person found this helpful
Helpful
Comment Report abuse

K Austin
5.0 out of 5 stars Hot Hot Hot!!!... It's all in the title
Reviewed in Australia on 4 August 2018
Verified Purchase
What can I say Autumn Jones Lake has done it again. She set the standard very high with her LOKI series and she has not disappointed.

The style of writing is what I have come to love from the LOKI series, but don't get me wrong, the story is completely different.

This book, as with all books by Autumn is a must read.
Read more
One person found this helpful
Helpful
Comment Report abuse

Jo Volk
5.0 out of 5 stars Autumn Jones Lake has another hit on her hands. ....
Reviewed in Australia on 26 July 2018
Verified Purchase
I really loved traveling this journey with Aubrey and Sully.
Autumn has all the elements I want in a great book.
This is not a LOKI book, but you will meet a couple of friends.
Can't wait for Jake to have his story. ... ❤❤❤
Read more
One person found this helpful
Helpful
Comment Report abuse

Chicks that kick
4.0 out of 5 stars In a slightly different world
Reviewed in Australia on 27 August 2018
Verified Purchase
Loved this book, story of Aubrey & Sully. The unusual high standard set by AJL. Loved catching up with characters from previous book in the series & Loki side story.
Great character development & seeing the story culminate in a happy ending
Read more
Helpful
Comment Report abuse

Kathleen
5.0 out of 5 stars Awesome book to read.
Reviewed in Australia on 31 August 2018
Verified Purchase
As usual Autumn you did not disappoint:). Just like all your other books that I have read, I could not put this one down.
I loved reading about Sully and Abury and how they overcome the obstacles that they come across. And no matter what happens they don’t let anyone or anything come between there love.
I really hope they get another book I’m dying to find out what happens next.
Read more
Helpful
Comment Report abuse

Louise O
TOP 100 REVIEWER
5.0 out of 5 stars Autumn is no doubt in a class of her own
Reviewed in Australia on 23 July 2018
Warnings and Wildfires is an amazing story of love, life and survival about Sullivan ‘Sully” Wallace and Aubrey Dorado. I have been counting down the months, weeks and days until this book was released, after reading Autumns other series (Lost Kings MC) and Bullets and Bonfires we had small snippets of Sully and I was left wondering what his story was.

Sully is a single Dad, he has his Gym and his family those are his priorities, when Aubrey starts working in the Gym he has to keep his hands to himself and not cross the line breaking his rules. Aubrey may be young but she has been through enough to last her a lifetime, with her sister as her number 1 supporter she has started to build her life and slowly find the confidence to go after what she wants.

Sully is such a swoon worthy character, he is the brooding and silent type which makes him even more appealing, when finding out he has a child that he will fight for I was sign, sealed and delivered. Aubrey doesn’t realise it but she is a fighter, she is stronger than she knows. Picking yourself up and starting a new life in your teens is not easy especially with the trials and tribulations of past drama.

Sully and Aubrey have chemistry, neither of them can deny that. Sully holds back for as long as he can, when they finally come together there is no doubting the level of heat between these two heads straight to maximum, leaving you hanging for the next scene.

“The only words that come to mind are explosive, detonate, inferno.” – Aubrey

Autumn is no doubt in a class of her own, Warnings and Wildfires flows naturally between Sully and Aubrey’s POV’s. Autumn knows exactly when to insert drama with situations that are not only believable, showing that life isn’t as black and white as you may think.

Personally, anything Autumn Jones Lake is an instant 1 click for me, reading her other series and standalones have cemented her into top spot as my favourite author. Again, I will start counting down till we have the next installment as there are several minor characters that I would love to get to know better. I would highly recommend this book and suggest that you also read Bullets and Bonfires first as many of the characters are involved in both.

Carla Clarke
5.0 out of 5 stars 5*
Reviewed in the United Kingdom on 1 August 2018
Verified Purchase
Yet again Autumn Jones Lake delivers so excellent writing. I absolutely loved Aubrey, she was so funny and sassy. Enjoyed the fact that Autumn touched on a very taboo subject without it going to dark. You got the balance just right once again well done Autumn, oh so can't wait for Jake's book and the spitfire that's gonna bring him to his knees.......
Read more
Report abuse

Kindle Customer
3.0 out of 5 stars Ok
Reviewed in the United Kingdom on 29 July 2019
Verified Purchase
Is give this book 3.5 really because as a read its ok. There's nothing to angsty in it not a lot of humour, basically about the two main characters and their budding relationship. The characters are ok everything is ok.
Read more
Report abuse

Annej16
5.0 out of 5 stars Another Ace from AJL!
Reviewed in the United Kingdom on 28 July 2018
Verified Purchase
I have read all the LOKI books and bullets and bonfires and loved them all. The only downside I have found is that they end! This book was as usual well written with characters I loved. Cannot recommend enough. Great storyline, which is no surprise as all AJL books have these components.
Read more
Report abuse

Pinklisar
5.0 out of 5 stars 5 stars
Reviewed in the United Kingdom on 29 August 2020
Verified Purchase
Another 5 star book by Autumn Jones Lake. I loved Aubrey and Sally's characters and it was good to see Jake, Griff and Remy again.
Read more
Report abuse

Shetalking
5.0 out of 5 stars Another sizzling hit
Reviewed in the United Kingdom on 26 July 2018
Verified Purchase
I love the way Autumn writes, she lets you get to know the characters, so you feel involved in their story. This book re-connects you with a couple of characters from Autumn's Lost Kings MC books as well. The addition of a teenage child was different but added to story.
Read more
Report abuse
See all reviews
Get FREE delivery with Amazon Prime
Prime members enjoy FREE Delivery and exclusive access to movies, TV shows, music, Kindle e-books, Twitch Prime, and more.
> Get Started
Back to top
Get to Know Us
Make Money with Us
Let Us Help You
And don't forget:
© 1996-2020, Amazon.com, Inc. or its affiliates