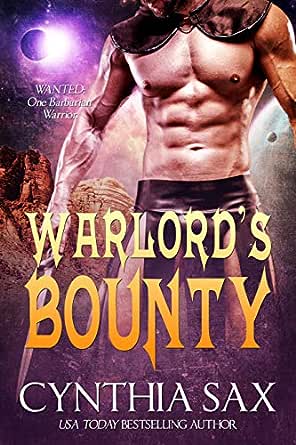 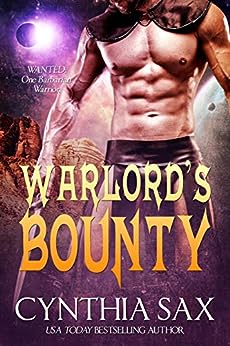 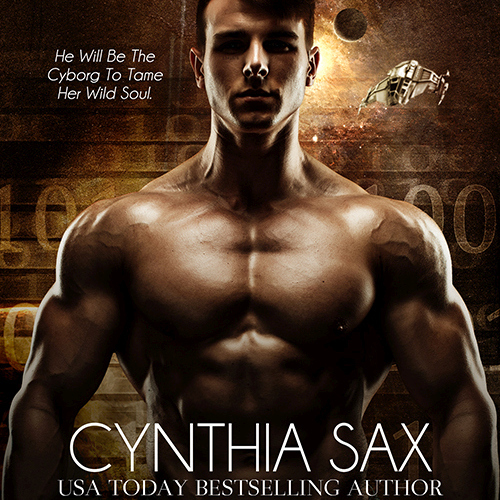 The bigger the bounty, the more dangerous the target.

Khan, a Chamele Warlord, has a huge bounty on his head. His enemy wants him captured and is offering any being in the universe an outrageous number of credits to accomplish that.

Khan wants to be captured, but only if the being apprehending him is a tiny, brown-eyed female with wickedly sharp daggers and an even sharper tongue. His passion for the feisty human can’t be inhibited by restraints. He’ll allow her to subdue him…in a variety of enticing ways.

When she finally collects her credits, he’ll collect his revenge, killing his enemy and claiming his little bounty hunter forever.
Zeta doesn’t do forever. After a lifespan of chasing dangerous beings across galaxies, apprehending and trading them for credits, she doesn’t get involved emotionally…with anyone.

Khan might be fierce and sexy and the most dominant male she has ever encountered, but the barbarian is also her target, and once she sates herself with his body, she’ll betray him.

There are 0 customer reviews and 3 customer ratings.

Not Joking
5.0 out of 5 stars Khan the romantic Warlord. Who knew?
15 May 2019 - Published on Amazon.com
Verified Purchase
I so enjoy Cynthia Sax's style of writing. It clicks for me.

This story continues with the Chameles, who for us normal humans are outer space chameleon folk living in a distant future and certainly a distant galaxy. Or Universe. Anyway we are with Khan who is in charge of an ENTIRE PLANET - how impressive is that? He is the best fighter in their star system which has four habitable planets: Khan's planet, one planet to each of his brothers, and the last planet is a hostile type deal that warrior-types think is great to train on and treat as a vacation spot ... if you like to be eaten by the wildlife and baked by the sun.

Long story short, here comes Zeta. The woman is minding her own business which is tracking down a missing person, for which she will get paid. That money is earmarked for the rent, so to speak, for some very important people in her life. Meanwhile back in Chamele Warlord universe, there's some huge problems and the three brothers are going to pull Zeta right into it. Kaboom! Or Zondoo as the natives would exclaim. Khan just hears Zeta's voice and knows that she is the one for him, and seeing the tough as nails slightly banged up bounty hunter nearly drives him to his knees at her utter beauty. Sigh. He's such a sap.

I won't spoil the book any more than that. Yes, there is sex sex sex; it's a Cynthia Sax book. But nothing too out of bounds and both the hero and heroine are agreeing to what's happening. Wink.

On a whining note, would the writer please give us a short story on those adorable flying triplets causing mayhem?

Some of her heroes have been rough in a few of her previous books. So I wasn't surprised when Khan was. I found myself put off as I read the book. I expected them to grow closer. (sigh) Then I was rooting for the clone. Near the end, I just put the book down and walked away. I read hundreds of books yearly and I have only done this a handful of times. I was so disgusted that I know I will never finish this. I will be careful about choosing and reading her books going forward. If I do read her books. I am deeply disappointed.
Read more

Jan
5.0 out of 5 stars I'm loving these Chamele Barbarian's
20 May 2019 - Published on Amazon.com
Verified Purchase
Khan has been searching for Tolui. He wants him dead. He has lost 3 warriors to this fight. He didn’t expect to find his gerel. Zeta is a bounty hunter. She has a duty to those orphans who resided at the bounty hunter academy. She only needs this one bounty and they will be set for a while. She didn’t expect the job was going to cause more confusion and have her heart being tested.

When Khan goes into his invisible mode, he keeps playing with Zeta. It’s cute. The chemistry is there from the start. When they finally do get together it is hot and steamy. Zeta has been alone for so long and does not expect anyone to stay. But with Khan, she wants that more than anything. Khan has a job to do but he is so drawn to Zeta it is hard at times to stick to the plan. I loved the cat and mouse plan with these two. Khan’s dominance just pulls her in making her feel safe.
Read more

dustbunny
3.0 out of 5 stars One of my least favorite by Ms. Sax
28 September 2019 - Published on Amazon.com
Verified Purchase
Don't get me wrong, it's still a decent story, it just didn't pull me in like her stories usually do. The writing is still as descriptive as always, and the characters as likeable, I just found this story a bit boring, something I never thought I'd say about one of Ms. Saxs' stories. I'm still looking forward to reading the next one, and hope I will enjoy it more.than this one, as I have all her others.

Niki
5.0 out of 5 stars Sexy and fierce female lead
22 May 2019 - Published on Amazon.com
Verified Purchase
I love everything all of this authors stories, and this newest one is no exception. It’s sexy, fast paced, and action packed, with twists and turns that kept me on my toes. It was wonderfully fierce, with a strong female character who had overcome SO much and fought so hard. I was saddened by the showdown with the “bad guy”, the author forced me to feel bad for him and his plight, but it opened a door for some wonderful advances in the story. All in all, fantastic story!
Read more
Go to Amazon.com to see all 22 reviews 4.3 out of 5 stars
Get FREE delivery with Amazon Prime
Prime members enjoy FREE Delivery and exclusive access to movies, TV shows, music, Kindle e-books, Twitch Prime, and more.
> Get Started
Back to top
Get to Know Us
Make Money with Us
Let Us Help You
And don't forget:
© 1996-2020, Amazon.com, Inc. or its affiliates