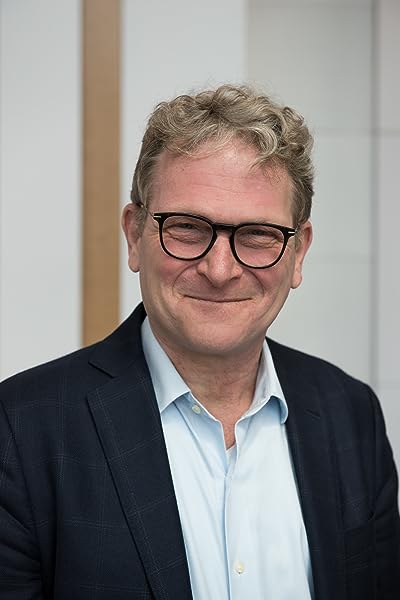 War on the Uyghurs: China's Internal Campaign against a Muslim Minority: 76 Hardcover – 8 September 2020

by Sean R. Roberts (Author)
4.7 out of 5 stars 48 ratings
See all formats and editions
Sorry, there was a problem loading this page. Try again.

Harsh Chinese policies have provoked some reactive violence from Uighurs and have driven what is estimated to be tens of thousands of them to join jihadis in Syria. Roberts provides fascinating new details on that relatively marginal phenomenon, revealing that organized Uighur militancy is almost entirely illusory. Beijing's policy of repressive assimilation has now reached such an intense stage that Roberts labels it 'cultural genocide.'-- "Foreign Affairs"

Sean R. Roberts is associate professor of the practice of international affairs and director of the International Development Studies Program at George Washington University's Elliott School of International Affairs. He lives in Washington, DC. Twitter @robertsreport
Tell the Publisher!
I’d like to read this book on Kindle

4.7 out of 5 stars
4.7 out of 5
48 global ratings
How are ratings calculated?
To calculate the overall star rating and percentage breakdown by star, we don’t use a simple average. Instead, our system considers things like how recent a review is and if the reviewer bought the item on Amazon. It also analyses reviews to verify trustworthiness.

STEPHEN SWENERTON
5.0 out of 5 stars REALITY OF UYGHUR SITUATION IN CHINA
Reviewed in the United States on 16 March 2021
Verified Purchase
THIS BOOK IS VERY READABLE AND MAKES THE FACTS AND REALITY CLEAR. THE ONLY DRAWBACK WHICH THE AUTHOR COULD NOT DO ANYTHING ABOUT IS THAT THERE IS LITTLE FACTUAL INFORMATION FOR THE LAST FIVE YEARS. BUT WESTERN JOURNALISTS HAVE BEEN BANNED FROM THE AREA, SO THE AUTHOR HAD TO RELY ON OTHER SOURCES THAT WERE NON-VERIFIABLE FOR THAT PERIOD. IMPORTANTLY, HE PROVIDES GOOD DETAIL ON THE PROVOCATIONS THAT LED THE CHINESE GOVERNMENT TO IMPOSE THEIR SOLUTIONS. THEY ARE OF COURSE OVERKILL, BUT IT IS TYPICAL OF THE XI ADMINISTRATION TO EVENTUALLY LOSE PATIENCE AND IMPOSE A DRACONIAN SERIES OF STEPS TO SOLVE POTENTIAL HUMILIATIONS TO HIS GOVERNMENT (TIBET, Hong Kong).
Read more
5 people found this helpful
Report abuse

Choco
5.0 out of 5 stars All Uyghurs deeply appreciate the Author for being voice of voiceless people: uyghurs under CCP
Reviewed in the United States on 10 November 2020
Verified Purchase
I love how the author start off by stating what is exactly happening now, it really filled the gap that was put aside by others! Thank you so much for writing this much needed book that is gonna make a history! Thank you Sean R. Roberts!
Read more
9 people found this helpful
Report abuse

Mehmet Gokcek
5.0 out of 5 stars An important marker in the never-ending fight for human rights
Reviewed in the United States on 13 December 2020
Verified Purchase
Anyone interested in human rights and what a powerful Chinese Communist Party means for the rest of the world must read this book. Unfortunately, history repeats itself, the world remains silent as it once did during the Holocaust, only after millions were perished, and Nazis losing the war there were investigations and persecutions.
Read more
5 people found this helpful
Report abuse
See all reviews
Back to top
Get to Know Us
Make Money with Us
Let Us Help You
And don't forget:
© 1996-2021, Amazon.com, Inc. or its affiliates