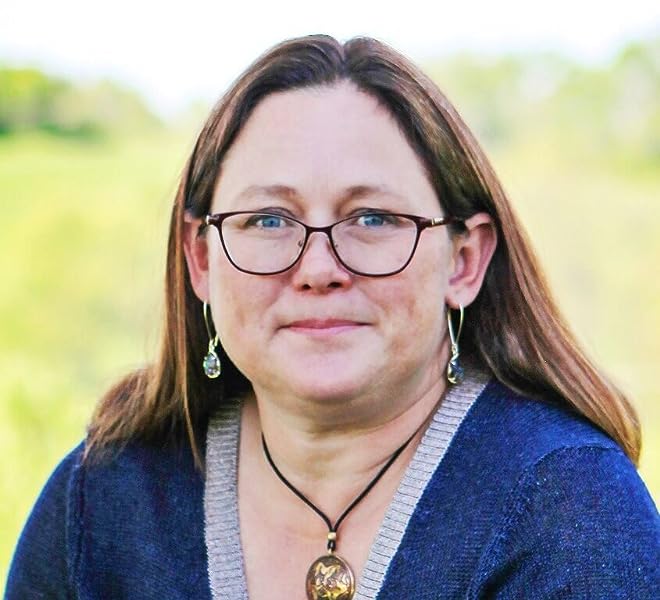 by Kimberly Brubaker Bradley (Author)
4.8 out of 5 stars 2,764 ratings
See all formats and editions
Sorry, there was a problem loading this page. Try again.

Kimberly Brubaker Bradley lives on a forty-two-acre farm in Bristol, Tennessee. She is the author of several books for children, including Leap of Faith, and Jefferson's Sons.
Tell the Publisher!
I’d like to read this book on Kindle

4.8 out of 5 stars
4.8 out of 5
2,764 global ratings
How are ratings calculated?
To calculate the overall star rating and percentage breakdown by star, we don’t use a simple average. Instead, our system considers things like how recent a review is and if the reviewer bought the item on Amazon. It also analyses reviews to verify trustworthiness.

Paul Ferrari
5.0 out of 5 stars A beautiful book
Reviewed in the United States on 4 April 2020
Verified Purchase
I bought this book because it got a rave review from my aunt, a retired middle-school teacher and guidance counselor. I thought it would be a good read with my 10 yo daughter, and we're working our way through it together right now. However, I read it first, and I loved it. Like all great children's literature, it is good reading for adults too!

Ada, the protagonist and narrator, is 10, so it's nice for my daughter to listen to a story about a girl her age. However, Ada's world is very different from my daughter's, and not just because her story is set in England at the outbreak of World War II. She comes from a background of abuse and physical disability that make her feel worthless. Then she and her brother Jamie escape from London into the countryside of Kent as part of a group of evacuee children removed from London for fear of German bombs. Since this happens in 1939, they're ahead of the Battle of Britain, but throughout the book, the war finds its way into their lives with their guardian, Susan Smith, a single woman nursing her own sorrows and disappointments.

The war in the book isn't just the Second World War - it's also Ada's struggle to come to terms with herself in a world that is different from the one she's known for so long. Suddenly she's faced with kindness, surrounded by people whose understanding of her bears no resemblance to many of the things she believes about herself. As the rest of the world falls apart, Ada finds herself experiencing stability and safety that she's never had before, and it's both comforting and terrifying to her. Even as she is given the freedom and encouragement to become herself, she struggles to find anything she trusts enough to hold on to. This often makes Ada challenging and difficult, but Susan, for all her own struggles, turns out to have the compassion and smarts to meet her where she is.

Some of Ada's conflict may prove difficult for young readers to comprehend; as an adult, I found it compelling and believable. My daughter seems to get the gist of it when I check in with her, which I try to do regularly as we read. There are a lot of well-drawn characters around Ada, Jamie, and Susan, along with enough historical detail to keep the reader engaged and invested throughout. I reached the end wanting to know more about Ada's story, but at the same time, the author's decision to end the story where she does also makes a lot of sense. By then, the novel has earned its title, and there's reason to feel hopeful about what the future holds for Ada, Jamie, and Susan.

seymour
5.0 out of 5 stars Great book for Grade 3 or higher.
Reviewed in Canada on 19 October 2018
Verified Purchase
My son's (8yrs) third grade class is reading this book, but after being home sick he asked if we could buy it so he could read what he missed. He really enjoys this book, and has been reading by himself, occasionally asking for help reading single words, or asking for definitions.
I think it's a great book, well written, good story!
Read more
3 people found this helpful
Report abuse

Stephen Park
5.0 out of 5 stars Girls and boys of 11 and up could enjoy this novel
Reviewed in Canada on 1 June 2016
Verified Purchase
Girls and boys of 11 and up could enjoy this novel. It is simply written and well crafted, with clear progression in the lives of the two children, and of the spinster who reluctantly takes them in when they have to leave London during the bombing. The girl's emotions are complex and strong, and the bonds that tie her and her six year old brother are expressed well in the dialogue. While the story has history at its roots, the real roots are in the capacity of children, and adults, to recover from the short or long battles that could have defeated them. It's an uplifting story.
Read more
4 people found this helpful
Report abuse

Jessica Weiss
5.0 out of 5 stars Best book I ever read
Reviewed in Canada on 1 April 2021
Verified Purchase
Here is my review on The War That Saved My Life. It is an excellent book, it has a lot of drama, which I really enjoy in a book. I also really like that it is based on something that really happened. The book is based on World War 2, the book is fictional but it seems like it is a nonfiction book. There are two big ideas/themes. The first one is World War 2 as I said before the book revolves around World War 2, as in children having to be evacuated, not having a lot of food, and a lot of things getting ruined. The second idea is about a girl who finds her true identity. The girl who finds her identity is named Ada, Ada is the main character and she is also my favorite character. Adas mom does not treat her well because she has a club foot. Ada has a younger brother named Jamie, Ada has to be the adult to Jamie since her mom is barely home. When the war started Ada and Jamie go to ms.Smith's house to stay there during the war, because she does not live in London. Those are just some of the things that happen in this amazing book. I would personally recommend this book to anyone, because it is such an amazing book. That is why I enjoyed the book The War That Saved My Life.
Read more
Report abuse

Steph
5.0 out of 5 stars Kids love it
Reviewed in Canada on 20 November 2018
Verified Purchase
My tween daughter absolutely loves this book. She has read it and re-read it. I keep trying to read it but it is not allowed in my clutches, even though I bought it.
Read more
3 people found this helpful
Report abuse
See all reviews
Back to top
Get to Know Us
Make Money with Us
Let Us Help You
And don't forget:
© 1996-2021, Amazon.com, Inc. or its affiliates