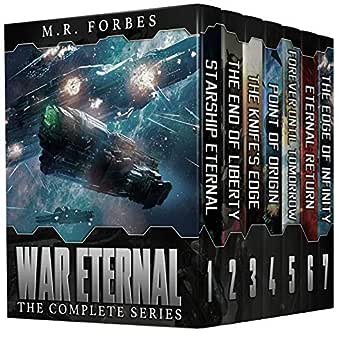 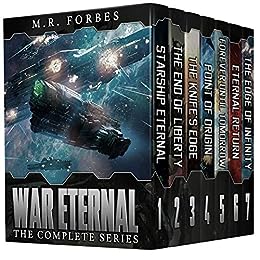 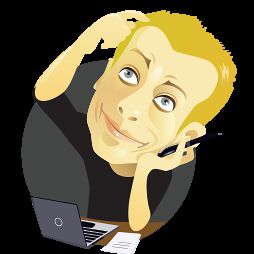 They are coming. Find the Goliath or be destroyed.

The chilling words are the first thing Mitchell hears after an assassin’s bullet nearly ends his life. He tries to ignore them, convinced the voice in his head is a side-effect of his injuries.

The warning is only the beginning. A glimpse into a struggle against an enemy older than time.

An enemy that’s very real and much closer than he ever imagined.

An enemy that will do whatever it takes to keep him from finding the centuries-lost starship and ending not only the fight but their very existence.

Narrowly escaping capture, Mitchell falls into the hands of the Riggers — a ragtag crew of black-ops commandos who patrol the outer reaches of the galaxy. Guided by a captain with a reputation for murder, they’re dangerous, immoral, and possibly insane.

They may also be humanity’s last hope for survival in a war that has raged beyond eternity.

william d cleveland
5.0 out of 5 stars Space Opera Supreme
10 February 2020 - Published on Amazon.com
Format: Kindle EditionVerified Purchase
Space Opera Supreme. Best concept I have ever had the pleasure of reading. Hero's of every sort and description. A vast and ever adapting bad guy\guys\configurations. A logical, maelstrom of impossible may be. Nonstop action . War and intrigue on a galactic scale. The character interfaces are amazing. Vastly entertaining. Addictive storytelling at its best. Buy it, then try to set it aside. This a hell of a yarn folks.
Read more
5 people found this helpful

Amazon Customer
5.0 out of 5 stars A really gripping set of novels.
31 January 2020 - Published on Amazon.com
Format: Kindle EditionVerified Purchase
This was the second time, except for the last book, that I have read the series. I really enjoyed picking up on things I missed the first time around.

I hope you choose to continue the series. Failing that I would relish another line of them.

JDJeff
1.0 out of 5 stars The quickest I’ve ever given up on a book.
19 February 2020 - Published on Amazon.com
Format: Kindle EditionVerified Purchase
I almost gave up after the prologue, but soldiered on. Then almost gave up again after the first page, but soldiered on. Forced myself to get through thirty pages. Then couldn’t get any further. Can’t speak to the plot in whole, of course, but the quality of the writing is so poor I couldn’t make myself go on. I wrote a sci-fi story in sixth grade that contained the line, "He drew his laser pistol as he whirled towards the tri-tone snarl of the Jovian Nu-Lion.....". This reminded me, unfortunately, of that. But 7 books for 99 cents...
Read more

Croc
5.0 out of 5 stars What else could go wrong.
14 February 2020 - Published on Amazon.com
Format: Kindle EditionVerified Purchase
Since I started down the rabbit hole of Space Operas I have read close to100 books. This is by far one of the best. A multitude of action and plot twists. The author does a good job keeping you straight what timeline you are in what happened in various other timelines.
Read more
One person found this helpful
Go to Amazon.com to see all 18 reviews 4.7 out of 5 stars
Get FREE delivery with Amazon Prime
Prime members enjoy FREE Delivery and exclusive access to movies, TV shows, music, Kindle e-books, Twitch Prime, and more.
> Get Started
Back to top
Get to Know Us
Make Money with Us
Let Us Help You
And don't forget:
© 1996-2020, Amazon.com, Inc. or its affiliates