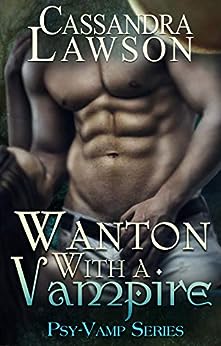 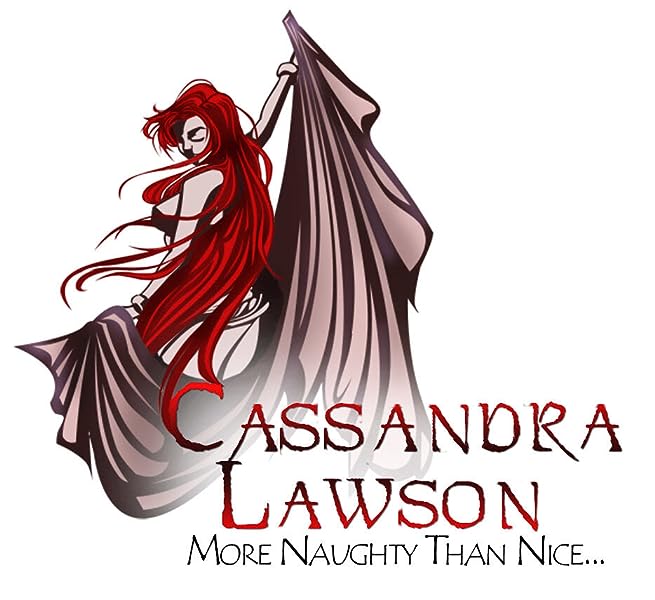 by Cassandra Lawson (Author) Format: Kindle Edition
See all formats and editions
Sorry, there was a problem loading this page. Try again.

For more than two-hundred years, Aleksandr Draksel has avoided commitment of any kind. His life of travel and meaningless affairs was all he needed.

That is until he meets Trish Williams, a woman he finds himself inexplicably drawn to. She is also the one woman he cannot have.

When Trish’s life takes a deadly turn, and she becomes the target of a killer, the role of protector falls on Alek’s shoulders. He is determined to do whatever it takes to keep her safe while resisting the urge to seduce her.

From the moment she met Alek, Trish has been irritated, flustered, and aroused.

Despite her attraction, a future with him is impossible. He could never have more than a short fling with a normal human. Unlike her friends, Trish has no psychic abilities— or so she thinks.

One broken shoe changes everything.

Cassandra Lawson is an author and homeschooling mother of three from the San Francisco Bay area. She has always had a very active imagination and loves making up stories. When she is not writing, she enjoys baking, spending time with her family, listening to music, or curling up with a good book. --This text refers to the paperback edition.

Born and raised in the San Francisco Bay Area, Cassandra Lawson first discovered her love of writing at a young age. A few early typing classes in middle school planted the seeds of a young author, who enjoyed learning to type through her exploration of storytelling. Head over heels for a good happily ever after, she has dedicated her career to creating dynamic, entertaining, and spicy, romance novels. Ranging from the paranormal to contemporary settings, Cassandra Lawson breathes life into the many different ways people experience love. A hard-working mom, she spends her days writing and homeschooling her children. A lover of music, good food, and a great book, Cassandra remains a resident of the Bay Area, basking in the culture and all the inspiration it affords.

Dave
5.0 out of 5 stars Awesome
Reviewed in the United Kingdom on 31 July 2015
Verified Purchase
I'm definitely hooked on these books they r brilliant I hope u write a book for drew and 1 for Nathaniel they both deserve a happy ending this story has drama a love story friendship a great weird family that just gets bigger and better as the books go along
Read more
Report abuse

Kindle Customer
4.0 out of 5 stars Great read
Reviewed in the United Kingdom on 22 August 2015
Verified Purchase
so pleased that Trisha got her own story. Can't wait for the next one. I would recommend this book to anyone who likes romance but not the cutesy cutesy type, something with a bit more too it.
Read more
Report abuse

Amazon Customer
5.0 out of 5 stars Another great read from Cassandra Lawson
Reviewed in the United States on 11 August 2015
Verified Purchase
As with all of her books, Mrs. Lawson has left me smiling again. Her stories are filled with so much passion, love, paranormal romance, fun and exciting characters, and each book in her series can be read as a standalone. Although, I have to say that it's so much more fun to read them all and in order.

The couple matched in this book is one I would have never thought of putting together, but the author is so talented that she has linked them in a way where you can not vision them with any other. I must say that I was pleasantly surprised by Trish's character development. I truly thought she would simply be a fun loving side character but she's grown so much and definitely deserves her happily ever after.

Cindy Marley
5.0 out of 5 stars This book was a gift for an honest review.
Reviewed in the United States on 28 July 2015
Verified Purchase
Well Cassandra Lawson has done it again let me tell you I have read all the books to this series and she just keeps getting better. Those Draskel men are so hot. You can't go wrong by buying this book. Take it from me it is so great,heck make sure you have all of them from this series. These books will stay in my library and I'll be reading them again from the begining. Love love them.
Read more
Report abuse
See all reviews
Back to top
Get to Know Us
Make Money with Us
Let Us Help You
And don't forget:
© 1996-2021, Amazon.com, Inc. or its affiliates