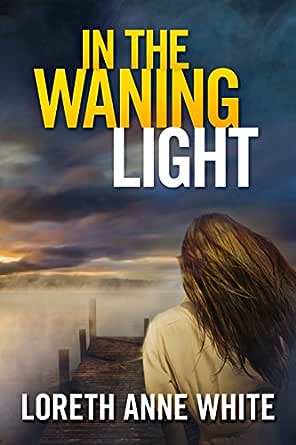 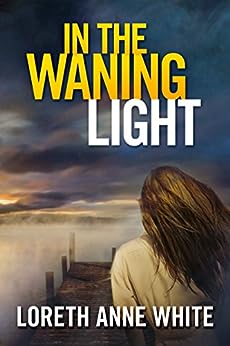 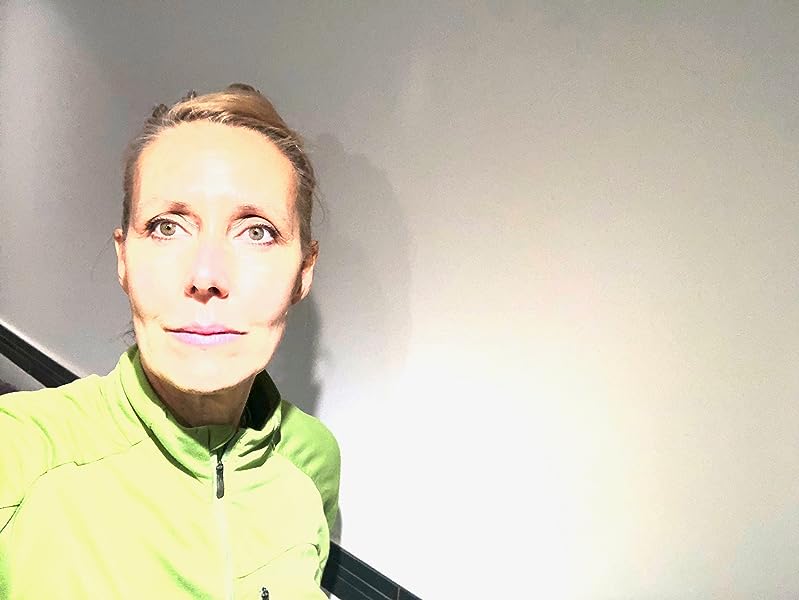 In the Waning Light Kindle Edition

Loreth Anne White is an award-winning author of romantic suspense novels, thrillers, and mysteries. She spent sixteen years in the newspaper business before joining the world of fiction. A two-time RITA finalist, she has won the Romantic Times Reviewers' Choice Award, the National Readers' Choice Award, and the Readers' Crown. She is a Booksellers Best Award finalist, a two-time Daphne du Maurier finalist, and a multiple CataRomance Reviewers' Choice Award winner. Born in South Africa, White now lives with her family in a ski resort in the mountains of the Pacific Northwest--the perfect place to escape reality. --This text refers to the audioCD edition.

4.6 out of 5 stars
4.6 out of 5
529 global ratings
How are ratings calculated?
To calculate the overall star rating and percentage breakdown by star, we don’t use a simple average. Instead, our system considers things like how recent a review is and if the reviewer bought the item on Amazon. It also analyses reviews to verify trustworthiness.

NicShef❤️Reading
5.0 out of 5 stars Captivating story that takes you on an intense emotional journey
Reviewed in Australia on 23 February 2016
Verified Purchase
“The fish in Sherry’s bowl died before the end of that summer. My parents forgot to feed them. And then they forgot me. I died, too, that summer. In a different way. So did the town.”
This is the haunting beginning of “In the Waning Light” by Loreth Anne White. From page one you are pulled into a captivating story that takes hold catapulting you through such an emotional journey to finding the truth about a murder that happened over twenty years ago.
Everything goes back to that summer, to the day that shattered not only the life of one teen girl, but the lives of the town of Shelter Bay. That’s when the lies began, spun to protect, lies of omission, little things if taken one by one didn’t amount to much, but together they painted a picture of lives that were forever changed. In the Waning Light is an incredibly well written story about Megan, a true-crime writer who has hidden her private agony and anguish of her sister’s rape and murder and must resolve those painful memories in order to explore a life where she can learn to trust again.
In many ways, Meg Brogan’s life began the day her sister Sherry was raped and murdered. Injured herself, her mind locked away the truth of what she saw. She could only remember what led up to the crime and those days after she was found near death. Complicating this journey in Shelter Bay is Blake, her former high-school sweetheart who has plenty of secrets of his own, and his son, Noah, whom I absolutely loved. Meg’s return opens old wounds, and the questions she asked brought to life not only the town secrets, but answers to her mother’s suicide and her father’s incarceration. Only someone doesn’t want those secrets to surface and a killer is intent on letting sleeping dogs lie. Secrets upon secrets unravel one by one, exposing the layers of deceit underneath.
Both the fear that Megan experiences and the anguish Blake feels is palpable . . . their emotions emanate from the page and resonate in the heart of the reader. I was frightened, horrified, sad, happy, angry – I experienced a deluge of emotion when reading this. Highly recommended.

Debra
TOP 500 REVIEWER
4.0 out of 5 stars Satisfying
Reviewed in Australia on 14 May 2020
Verified Purchase
This is a solid thriller by a reliable author. I've read a few of her books before, and like the others, the story is engaging and satisfying. The characters are very well written, and I like the way they interact. The ending is emotional and a bit corny but I was happy enough with it. The sex scenes are a bit cringeworthy, but it's rare to read a well written sex scene. The mystery aspect was well thought out, and not too complex. A great read.
Read more
Helpful
Comment Report abuse

Betty Mathews
TOP 1000 REVIEWER
5.0 out of 5 stars It was the most invigorating story i have read in a while full of drama, suspence love and the will to live. My bladder kept jum
Reviewed in Australia on 30 August 2016
Verified Purchase
This was a most invigorating story i have read for a while it was full of suspense, drama, love and the will to live. This also was a tear jerker and anyone who reads this and doesn't cry are hard as nails. Thank you.
Read more
Helpful
Comment Report abuse

Diane C
5.0 out of 5 stars Five Stars
Reviewed in Australia on 30 November 2015
Verified Purchase
wow what a great read, could not put it down, so many twists and turns, thoroughly enjoyable
Read more
3 people found this helpful
Helpful
Comment Report abuse

Amazon Customer
5.0 out of 5 stars Read Loreth Anne White. You won't be dissappointed - but get ready to become addicted. This kind of addiction i can Love!
Reviewed in Australia on 25 November 2015
Verified Purchase
Another Fantastic read from Loreth Anne White. No matter what book of hers you pick up you will be locked in from the first pages. I just love a book that can do that and Loreth Anne is my most Favorite author right now. Her novels are full of intrigue, suspense, great settings, twists and turns that you could not have anticipated, and a sprinkling of romance. The balance is just right. Keep up the fabulous work Loreth Anne, i am so glad i found your novels...
Read more
4 people found this helpful
Helpful
Comment Report abuse

Woodsy83
5.0 out of 5 stars Suspenseful
Reviewed in Australia on 3 August 2019
A really great read, not quite a “couldn’t put it down” but close! The ending was a real twister but enjoyed the closure.
Read more
Helpful
Comment Report abuse
See all reviews

Christina McDonald
5.0 out of 5 stars Loved this well-written novel with fantastic characters
Reviewed in the United Kingdom on 24 May 2017
Verified Purchase
I absolutely loved this book. A fantastic crime novel with well drawn and developed characters. It follows Meg, a true crime author, whose sister was horrifically murdered when she was a kid. Meg witnessed the crime but can't remember much about that day. While appearing on a chat show Meg is asked about her sister's murder. Deciding that she needs closure she heads home to investigate her own true crime.
Loreth Anne White was a new author to me, but I'm excited to read her other books. I loved how evocative her descriptions were, loved the characters, which seemed like real people, and loved the relationships between the characters. Absolutely brilliant book.

Stephen Clynes
4.0 out of 5 stars A great book to settle down with.
Reviewed in the United Kingdom on 22 February 2018
Verified Purchase
Meg Brogan is a true-crime writer but her new book will be the ultimate challenge for her. 22 years ago her sister was murdered and Meg’s memory of that time is very patchy. So she returns to the coastal town of Shelter Bay to research her book and hopefully recover her memories and solve the mystery of who killed her sister.

In the Waning Light is a mystery with some romance woven into the plot. I liked how this novel explored how people deal with grief and how it is different for everyone. I liked how the field of recovering lost memories was used and how our brains can hide hurtful memories yet random things can trigger them off. I liked how a pet dog was woven into this story. I loved the steady character development and the developing romance between Meg Brogan and Blake Sutton.

I enjoyed reading In the Waning Light and the scene describing the murder of her sister Sherry was very dramatic. Once read, you will not forget the scene as it leaves a very powerful image in your mind.

Although the plot is not outstanding, I found this book to be a GOOD read. Her writing quality is top rate with an extensive vocabulary and a great attention to detail. The romance woven into the plot gives the reader a huge empathy for Meg Brogan and you just wish her well in the budding relationship she is forming with Blake Sutton. In the Waning Light is a great book to settle down with and it gets 4 stars from me.

Magpie mansell
5.0 out of 5 stars Doesn't stop for breath
Reviewed in the United Kingdom on 4 November 2019
Verified Purchase
From the first chapter to the last this book had me totally absorbed. There was action and plots all the way. I was disappointed when I thought the hero had really died, even that part waited to the very end.
I like this author have enjoyed all the books I have read but this one was the best.
Read more
One person found this helpful
Report abuse

Mrs M Scott
5.0 out of 5 stars Riveting!
Reviewed in the United Kingdom on 26 June 2018
Verified Purchase
I thoroughly enjoyed this book. The involved story of past and present coming together to solve an old mystery was brilliant. It takes you right to the end before the plot is revealed.
Read more
Report abuse

SSinclair
5.0 out of 5 stars Five Stars
Reviewed in the United Kingdom on 27 February 2017
Verified Purchase
Great book! Good twists and turns.... Typical but YEAHHHHH ending.... Enjoyable
Read more
3 people found this helpful
Report abuse
See all reviews
Get FREE delivery with Amazon Prime
Prime members enjoy FREE Delivery and exclusive access to movies, TV shows, music, Kindle e-books, Twitch Prime, and more.
> Get Started
Back to top
Get to Know Us
Make Money with Us
Let Us Help You
And don't forget:
© 1996-2020, Amazon.com, Inc. or its affiliates