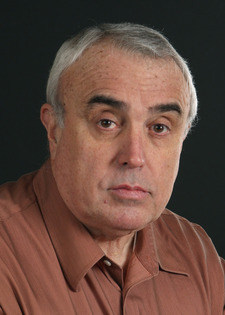 by Martin Limon (Author)
4.4 out of 5 stars 32 ratings
See all formats and editions
Sorry, there was a problem loading this page. Try again.

At seventeen, Martin Limon joined the army and served briefly as a reporter for the Pacific Stars & Stripes in Seoul, Korea. During five tours in Korea, he studied the language, traveled the country from the DMZ to the Yellow Sea, and was personally embroiled in the clash of cultures on this trip-wire edge of the American empire. His first novel, Jade Lady Burning, was published by Soho Press in 1992 and was selected as a Notable Book of the Year by the New York Times. The series features 8th Army detectives George Sueno, from East L.A., and Ernie Bascom, a native of the suburbs of Detroit.

M. Baerends
4.0 out of 5 stars 2nd Infantry Divsision - second to none
Reviewed in the United Kingdom on 21 September 2020
Verified Purchase
What happened to the first female MP ever at the 2nd Infantry Division who has been missing long enough for her Congressman to start making trouble? That is the question Sueno and Bascom have to tackle in 'Wandering Ghost'. Soon after making their way to 'Division', the fearless sergeant investigators are met by a wall of hostility. Is this just the usual disdain towards Rear Echelon M..... F....s? Is it just concern that somebody will make 'Division look bad'? Or is there more to it? This book has a strong start and middle, as Sueno and Bascom gradually peel away layer after layer of the mystery and reconstruct what might have happened to the missing MP. Alas, the ending is somewhat abrupt and poor, and feels as if Martin Limon somehow ran out of paper, ink, time or inspiration - or all of them at the same time. The four star score ((four starts easily) is representative for most of the book - not the ending.
Read more
Report abuse

James Ellsworth
4.0 out of 5 stars Murder Investigations in a 'Way Different' Multicultural Environment: Korea
Reviewed in the United States on 4 November 2019
Verified Purchase
'There's an arrogance than affects Americans in Korea.' This story is set in the 1970's. In the 1980's I found the same thing in Saudi Arabia. I think of it as 'cultural defensiveness.' Army CID Agents Sueno and Bascom, in every novel, need to bridge that defensiveness or that arrogance of power to restore justice to our US military system. Sueno is the cultural bridge--a Mexican American who represents the best of both of his heritage and of our American way of life. The author is in a fine position, as a sensitive and literate and talented Hispanic-American writer. If we are to be a Global Power, we need to take the lessons told in this series to heart. They are as significant now, in Iraq, Iran, Afghanistan, as they were in our early years of American Hegemony, in Korea. This is also a story about pioneering Army women, posted in forward positions and faced with overcoming gender stereotypes and sexism. Again, the author breaks new ground in his series and introduces real issues of importance to our military forces and their operations in deployment. Did I mention 'ACTION?' Of course there is action.
Read more
One person found this helpful
Report abuse

Judith E. Winston
5.0 out of 5 stars One of the best in this series
Reviewed in the United States on 10 November 2020
Verified Purchase
It isn't easy for Americans to understand S. Korea. Before I went there to work on a research project with Korean students and their professor, I tried to find books about Korea’s recent history. After returning I discovered this series, set in the 1970s, 20 years after the Korean war, with two US Army CID investigators as protagonists, one of whom, George Sueño, speaks fluent Korean, as does the author, Martin Limón who also served there. To me this series explains more about the development of S. Korea and the culture of its people than any of history books I could find. They are also great mystery novels!
Read more
One person found this helpful
Report abuse

Kindle Customer
5.0 out of 5 stars Another great story.
Reviewed in the United States on 30 December 2018
Verified Purchase
Spent a great deal of time in the 1st Cav in Korea (1960 - 1962). Enjoyed very little of it but the people were wonderful and my GI friends are still visited every year. This book brought me back.
Read more
2 people found this helpful
Report abuse

Amazon Customer
3.0 out of 5 stars Needed editing; contrived ending
Reviewed in the United States on 28 March 2016
Verified Purchase
I am a big fan of this series, but this book was weakened by two flaws. First the ending felt like Limon suddenly realized that he had put together a plot that logically had no satisfactory ending--and so he hastily cobbled together a resolution that was simply not believable.
The second flaw is one that plagues more an more books, especially those by established authors: a failure of the editor to do her job in keeping the narrative taut and focused.
Read more
Report abuse
See all reviews
Back to top
Get to Know Us
Make Money with Us
Let Us Help You
And don't forget:
© 1996-2021, Amazon.com, Inc. or its affiliates