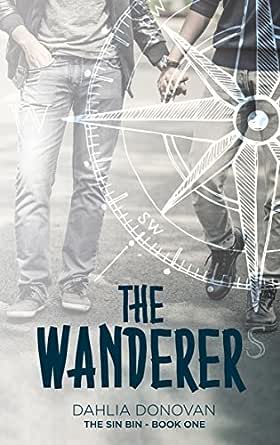 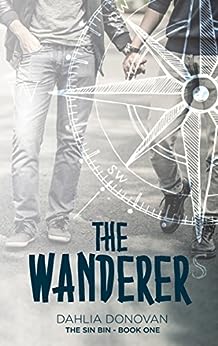 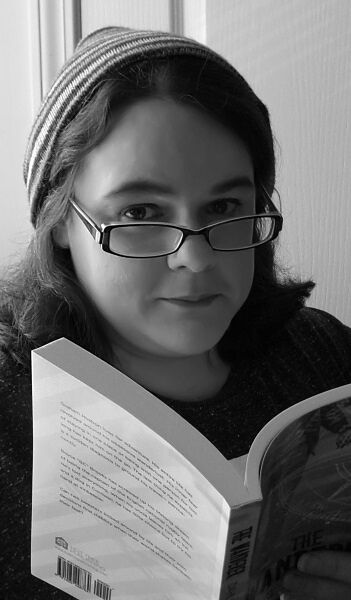 4.0 out of 5 stars
4 out of 5
77 global ratings
How are ratings calculated?
To calculate the overall star rating and percentage breakdown by star, we don’t use a simple average. Instead, our system considers things like how recent a review is and if the reviewer bought the item on Amazon. It also analyses reviews to verify trustworthiness.

Linda A
4.0 out of 5 stars BC and Graham
Reviewed in Australia on 27 July 2019
Verified Purchase
The Wanderer is my first book by Dahlia Donovan but will not be the last.
A beautiful story that made me laugh and cry just as much. There was much humour and sarcasm between the main characters as well as all the other characters in the book. The attention to detail was more than I expected but it made the book all the better for it.
I’m really looking forward to Sin Bin book 2
Read more
Helpful
Report abuse

Sue
5.0 out of 5 stars Has Graham found The One ?
Reviewed in Australia on 3 July 2017
The Wanderer (The Sin Bin Book1)
Author Dahlia Donovan
5 Stars

Awesome book. Was nice to see Australia have a feature in this book and I must agree with Graham Vegemite is disgusting lol.

Graham travelled the world for his job. He liked that as he had no plans to settle with anyone and liked the freedom in life his work gave him, even though he had to admit that sometimes the nights were lonely. Now he was home early for a friend’s wedding to his boyfriend I wedding he had agreed to take part in. Why he had a greed he didn’t know as he hated weddings. His brother’s wife had promised him pain if he did anything to ruin the day for his friend, He did have to admit though that the chosen suits were great and the bouquets of flowers were beautiful. While he was wishing the wedding would hurry up and finish he noticed a gorgeous man sitting in the pews. The electricity between them was instant.

Boyce or BC as he liked to be known was that gorgeous man sitting in the pews. After the wedding had finished both men found themselves in a closet together, they didn’t have sex but did satisfy each other. Graham was quite taken with BC but had no plans of ever dating him and couldn’t work out why he was sensing him across the room. Using his job as an escape he found himself in Western Australia in the January heat. For the first time in a while he was wishing he was in the wintry weather of Cornwall not in the forty-degree heat of Western Australia. On arriving home his next job was to find the best pasties and to do that he was too got to Cornwall.

When he found out where he would be staying he didn’t know whether to be pleased about it or not but also knew he had no choice but to go. The place he was staying was at BC’s inn named the Fisherman’s Refuge. On arriving Graham asked BC if he would like to accompany him to find the best pasties, they had thirty places they needed to visit. BC agreed as he was looking forward to spending time with Graham. Graham started to enjoy spending time with BC and that’s all it was ever going to be.

After all he was not going to settle down with anyone right?
Read more
One person found this helpful
Helpful
Report abuse

Boyce “BC” Brooks messed up and lost everything, his lifelong dream of being the captain of a national rugby team is no longer a reality. He finds himself the innkeeper of a little place in Cornwall left to him by his uncle. But is he happy? He has his friends but not a relationship, not that he does relationships, does he?

BC and Graham meet and slowly find themselves in a relationship without the other realising how it happened. Their relationship is full of humour, laughter and love. They also find themselves having to deal with an illness that no one saw coming and that will change their lives forever.

Can they put aside their pasts and move on? Can they survive the trials of a terrible illness? Will they find lasting love? Will BC find new dreams? Will Graham return to the life he loves? Is there new adventures around the corner? Will home be enough?

I found myself laughing out loud at BC’s and Graham’s antics and found myself in tears whilst taking the tough road with them. I loved their banter with each other and that with the other characters. It is truly engaging and fun to read but at the same time so tender and sweet. It is a beautiful story that definitely pulls on your heart. You will not want to put it down. This is a must read and I look forward to reading more from this author.
Read more
Helpful
Report abuse

Caroline
5.0 out of 5 stars Couldn't put it down
Reviewed in Australia on 6 July 2017
' The Wanderer' is my first Dahlia Donovan read and I absolutely loved it. The story is full of humour and heartache, it is well written and you will feel like you are there. I couldn't put the book down, it's a beautiful love story. The only problem I had was the use of English slang meant I didn't understand some of the conversations between characters but it is a book set in England and not using local slang would make it appear unrealistic.

Graham and Boyce (BC) first meet at a friend's wedding and after a short interlude in a closet Graham is on a plane to somewhere else. A travel writer, Graham has wanderlust, and BC is a retired rugby player running an inherited Inn in the Cornwall, along with an inherited dog. Their paths cross again when Graham stays at the Inn while writing an article on Cornwall.

Way to many Cornish pasties and a skinny dip set them on a pathway that becomes a very different love story. This is a beautiful romance but not a soppy love story, tissues should definitely be close at hand.

littleegg
3.0 out of 5 stars Good story but annoying mistakes with Britishisms
Reviewed in the United Kingdom on 27 July 2017
Verified Purchase
A good story but this is supposed to be set in Britain with British people. British people usually say wardrobe not closet and since when has 'gotten' become usual parlance. The biggest bugbear is that in Britain suspenders hold up stockings not trousers. I don't know if the author is British or is just writing with the American market in mind but authenticity is surely the aim. We also don't tend to use block as a measurement of distance walked. Please try to get is right. It is really annoying.
Read more
9 people found this helpful
Report abuse

Brian P Castle-Rees
5.0 out of 5 stars I cried, more than once
Reviewed in the United Kingdom on 7 April 2020
Verified Purchase
What a wonderful story of gritty life dealing with cancer and true love making the fight worth while. I laughed and I cried as the story weaves it’s way with both humour and sadness. A truly awesome read that I would definitely recommend if you’re a soppy sod like I am. X
Read more
One person found this helpful
Report abuse

Peter Nuttall
5.0 out of 5 stars Five stars for the The Wanderer ( The Sin Bin ) a total heartbreaker of a story a fantastic read truly you can feel the love between the two main characters
Reviewed in the United Kingdom on 20 January 2020
Verified Purchase
The story of two people starts at a wedding of friends catching each other's eyes one being a retired Rugby player one a journalist traveling the world the chances of them falling in love not sounding great but the do but when one of the is struck down with stomach cancer this is when the true love starts heartbreaking truly a absolute must read .
Read more
Report abuse

Cadiva
4.0 out of 5 stars Two utterly brilliant characters find themselves unexpectedly in love
Reviewed in the United Kingdom on 11 April 2019
Verified Purchase
This second entry in The Sin Bin series was a real mix of emotions, from laughter and shared love of British classic comedy through to fears over the future.

It works brilliantly though, as BC and Graham find that dealing with a life changing experience tends to focus the mind on what's really important.

All the usual suspects from After The Scrum also make an appearance and there's a few characters introduced who I expect we'll be seeing later in the series.
Read more
Report abuse

l.i.h.
3.0 out of 5 stars A bit confusing
Reviewed in Germany on 1 May 2018
Verified Purchase
This just didn't work for me. Most of the time I was confused about what was going on. I had a hard time following the characters' trains of thought which often left me wondering about the context.

I read this book because I was interested in book 2 of the series, and even though the books are about different characters I didn't want to be confused about references in the background. As it turns out, this entire series was inspired another book by this author, After The Scrum, which seems to act as inofficial prequel.
As it was, I was constantly confused by the dynamics between the family, friends and other side-characters in The Wanderer.

Another thing that I didn't like were some stylistic storytelling devices that were used. A lot of things were simply told over a few sentences instead of described. Granted, some of these things weren't important, but it happened a lot. Combined with how I couldn't always follow the flow of the narrative, this added to my confusion.
Additionally, the actual plot starts very late into the novel, and looking back, I wouldn't be able to describe what happened for big chunks of the book.

I wasn't exactly bored, but even though the characters were likeable and I could relate to them (BC being afraid of spiders was one of my favourite things) I had a hard time truly connecting with them and I couldn't enjoy this as much as I wanted to.

Content warnings for cancer.
Read more
Report abuse
Translate review to English
See all reviews
Back to top
Get to Know Us
Make Money with Us
Let Us Help You
And don't forget:
© 1996-2021, Amazon.com, Inc. or its affiliates