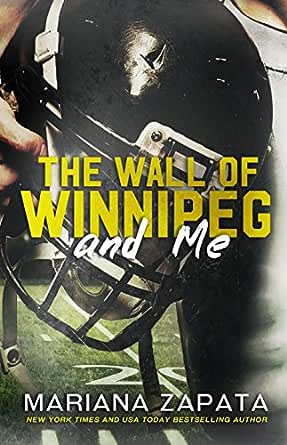 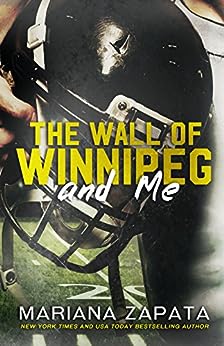 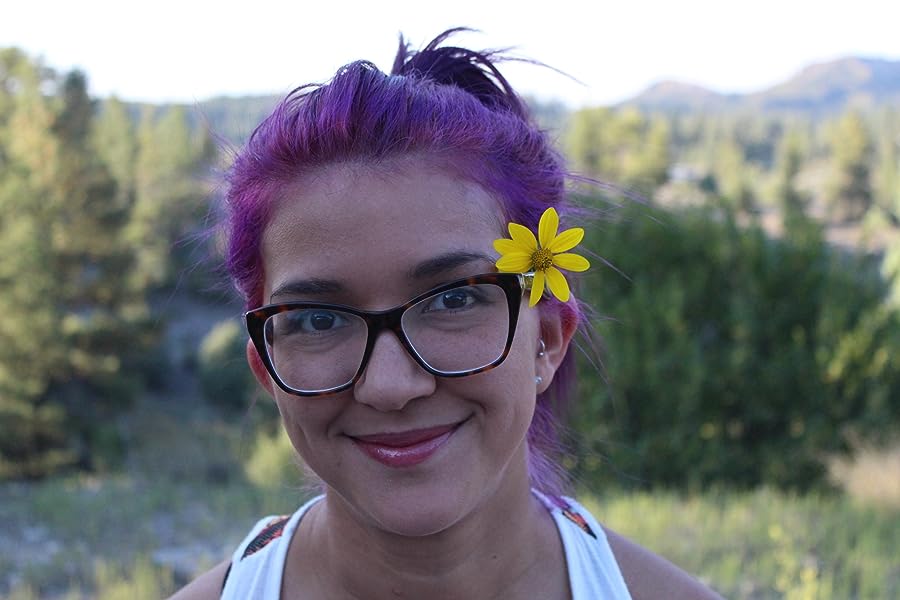 The Wall of Winnipeg and Me Kindle Edition

"The story was engaging, well-paced, and a pleasure to listen to. Callie Dalton, the narrator, played a huge role in that." ---Bookworm Brandee

Vanessa Mazur knows she's doing the right thing. She shouldn't feel bad for quitting. Being an assistant/housekeeper/fairy godmother to the top defensive end in the National Football Organization was always supposed to be temporary. She has plans and none of them include washing extra-large underwear longer than necessary.

But when Aiden Graves shows up at her door wanting her to come back, she's beyond shocked.

For two years, the man known as The Wall of Winnipeg couldn't find it in him to tell her good morning or congratulate her on her birthday. Now? He's asking for the unthinkable.

What do you say to the man who is used to getting everything he wants?

Carcoura
5.0 out of 5 stars Romance perfection
26 October 2019
Format: Kindle EditionVerified Purchase
Mariana Zapata is everything I could ever hope to find in a romance writer - smart, respectful of her characters and readers, gentle in the way she communicates her themes, and so entertaining I can't help re-reading each and every one of her stories on a regular basis. Van and Aiden have a love that grows through friendship, drawn to each other as much by their contrasts as their similarities. They - like Zac, Leslie and Diana -, and even Trevor the rotter, come to life for us as people we can relate to, people in whose happiness we invest because they are so darn real. This book naturally falls into the sports romance category, but I really hope the audience it reaches is far wider than that. Everyone needs a little Mariana Zapata magic in their reading list.
Read more
Helpful
Comment Report abuse

Sue
5.0 out of 5 stars Big Guy & Muffin stole my heart!
3 April 2017
Format: Kindle EditionVerified Purchase
I adored this story, it's long and I loved that. Because of it's length, Mariana was able to develop & transform the relationship between Aiden and Vanessa with the utmost credibility & depth and the transformation was truly a beautiful thing to behold. I almost gave up on Aiden, he was one tough, exasperating cookie to break, but Vanessa was the most perfect partner, I pulled out my hair along with Van through some of his less than perfect moments! Vanessa was a strong character, I admired her so much, she had a determination & conviction that allowed her to overcome what was an incredibly tormented child hood. I don’t know if Zac is getting or has his own book, I hope so!! He was an awesome addition to the story. This book is going to leave a mark on my conscience for a long time to come. You just need to go and read it. I can't wait to discover what other gems Mariana has waiting for me.
Read more
2 people found this helpful
Helpful
Comment Report abuse

K
5.0 out of 5 stars Heartfelt, slow burning, beautiful story
18 January 2019
Format: Kindle EditionVerified Purchase
I loved this book and the story! I found it so, so hard to put down and had a few late nights trying to read as much as I could! I loved the cheeky Vanessa and felt the same frustration towards Aiden that she had until his story also unfolded and he started to fight to get her to come back. I like the fact that despite their difficult upbringing and family they made their own choices and bacame successful from not giving up. So worth reading!
Read more
One person found this helpful
Helpful
Comment Report abuse

JamieBookZealot
5.0 out of 5 stars Refreshingly beautiful, endearing and hilarious!
30 April 2016
Format: Kindle EditionVerified Purchase
Refreshingly beautiful. Fell head over heels for Van & Aiden's unique story. Mariana writes with a depth that is very attractive & resonates with my tastes. I savored every bit. Seriously funny! - Van's fiery yet diligent character cracked me up.
""No" I replied with a little smirk on my face. "Dinner Roll is leaving now. Please make sure to tell Aiden later on when no one else is around that I said he can eat sh*t."
Because of Van i'm now bringing back the middle finger salute.
And Aiden, oh my dear stoic Aiden and his scowling impersonal as*hole tendencies had me seriously questioning the big-boys humanity!
""Maybe I can find you someone a little easier on the eyes. What do you think?" Trevor's tone lightened at his joke.
I waited. Then I waited a little longer for Aiden to tell him to shut up and do his job.
But I waited in vain. He didn't say a word.
After everything I had done for Aiden...
Everything..."
I was absolutely riveted to reading Aiden's transformation.
So so so many tidbits I especially liked which had relevant moral depth "I wanted to be better. I wanted to be a good person. I wanted to be someone-not necessarily someone great or someone important-but someone I could live with."
Thoroughly loved and inhaled! You MUST ONE CLICK!

Myshell
5.0 out of 5 stars Worth the read!
22 March 2016
Format: Kindle EditionVerified Purchase
Let me just start by saying that this book was such a pleasure to read.

Having recently been introduced to Mariana Zapata and her work The Wall of Winnipeg and Me was my first book to read from her and boy am I glad I read it.

Mariana has a way with words. The book was fun and interesting and capitulating and just really a pleasure to read. 4.5 stars for this piece.

The Wall of Winnepeg is a slow burn kind of love (which is my favorite) from employee/employer relations, to hatred, to friendship and then to love, this book took you on a ride.

The characters are well developed and easy to relate to.

Definitely a must read!

Jennifer Hakim
5.0 out of 5 stars One Click It
3 April 2016
Format: Kindle EditionVerified Purchase
From the opening line "I was gonna murder his ass" I was hooked. I had never read anything from this author previously, but after reading the reviews, I thought I'd give it a try. I was not disappointed. In fact, just downloaded another story. But back to The Wall. The characters (Aiden Graves and Vanessa Mazurka), are well developed, and the reader can engage instantly with them, and throughout the novel there are are seriously funny, witty memorable scenes. Their relationship builds SLOWLY, (not an Insta-lovel novel AT ALL). However ultimately it ends perfectly, and the reader is left satisfied. The sex scenes are really well written, adding another layer to Muffin and Big Guy's story, not just pages of porn to skip over. Vanessa is the talker, whilst Aiden is so...stoic, I guess, both products of the events in their youth. The story is told from Vanessa's POV only, and there were many times whilst reading it I thought, I wonder what Aiden feels about---, but I suppose, he IS called The Wall of Winnipeg. Though that aspect was frustrating, and I'm left wondering about Zac, (novel here perhaps😀) Im still Team Graves, how could you not be? Just Loved it. More please.
Read more
Helpful
Comment Report abuse

Clogs63
5.0 out of 5 stars Absolutely loved this book
16 October 2016
Format: Kindle EditionVerified Purchase
Absolutely loved this book. I have read it twice now. It is a real slow burner, but it moves along at a fast enough pace to keep you reading. Mariana did a fantastic job with the character development of Aiden. I started of intensely disliking him (thinking the only excuse for his behaviour could be that he suffered from asperges syndrome), to absolutely adoring him at the end of the book. It was also interesting to read what dedication is needed to remain a top level player in the NFL. Kind of knew this but the book really reinforces this. Highly recommended.
Read more
Helpful
Comment Report abuse
See all 86 customer reviews
Write a customer review

Go to Amazon.com to see all 2,239 reviews 4.6 out of 5 stars
Get FREE delivery with Amazon Prime
Prime members enjoy FREE Delivery and exclusive access to movies, TV shows, music, Kindle e-books, Twitch Prime, and more.
> Get Started
Back to top
Get to Know Us
Make Money with Us
Let Us Help You
And don't forget:
© 1996-2020, Amazon.com, Inc. or its affiliates