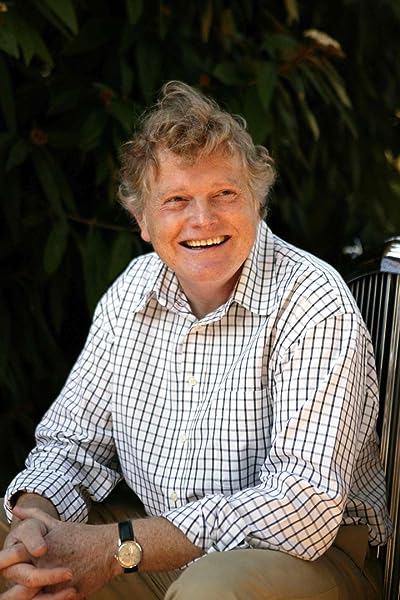 by Michael Dobbs (Author)
3.3 out of 5 stars 7 ratings
See all formats and editions
Sorry, there was a problem loading this page. Try again.

Michael Dobbs – Baron Dobbs of Wylye – is an active member of the House of Lords and an internationally bestselling author who has never been far from controversy. He has worked at the centre of British politics for Margaret Thatcher, John Major and now David Cameron, and was once described as 'Westminster's baby-faced hit man'. He is the author of 17 thrillers, including House of Cards which became a hugely successful television drama, and three previous Harry Jones thrillers, The Lords' Day, The Edge of Madness and The Reluctant Hero. He tries to live quietly near a pub and a church in Wiltshire. For more information, go to www.michaeldobbs.com

3.3 out of 5 stars
3.3 out of 5
7 global ratings
How are ratings calculated?
To calculate the overall star rating and percentage breakdown by star, we don’t use a simple average. Instead, our system considers things like how recent a review is and if the reviewer bought the item on Amazon. It also analyses reviews to verify trustworthiness.

Clemens A. Schoonderwoert
3.0 out of 5 stars Just A Good Wall Games Tale!
Reviewed in the United Kingdom on 16 October 2021
Verified Purchase
Read this book in 2006, and its a standalone book about CIA Agent, Harry Benjamin.

Set in Berlin at the dawn of glasnost, and leaders of East and West tentatively making progress towards peace.

When Harry Benjamin stumbles upon a web of treachery and conspiracy that leads to a top German politician, the husband of the woman he loves, he must do everything he can to unravel these serect mysteries.

What is to follow is an exciting tale about treachery and conspiracy, that will take you along till its conclusion, but as a whole its a lot less interesting than for example "Last Man to Die", and that's why I like to call this book: "Just A Good Wall Games Tale"!
Read more
Report abuse

Mr T I Sheil
1.0 out of 5 stars One Star
Reviewed in the United Kingdom on 5 May 2016
Verified Purchase
Good story
Read more
Report abuse

L. Alan Mabbott
3.0 out of 5 stars Three Stars
Reviewed in Canada on 13 November 2016
Verified Purchase
Not quite up his normal standard
Read more
Report abuse

S. Bailey
3.0 out of 5 stars A book of its time
Reviewed in the United Kingdom on 9 January 2014
Verified Purchase
As a fan of Michael Dobbs' 'later' work I was interested to read a book written in and about the time of the destruction Berlin Wall. I found that the characters were much less interesting and the plot less intriguing than his later 'political' novels.
Read more
Report abuse

Dawn I Hoyle
5.0 out of 5 stars Five Stars
Reviewed in the United Kingdom on 11 February 2015
Verified Purchase
Thank you
Read more
Report abuse
See all reviews
Back to top
Get to Know Us
Make Money with Us
Let Us Help You
And don't forget:
© 1996-2022, Amazon.com, Inc. or its affiliates