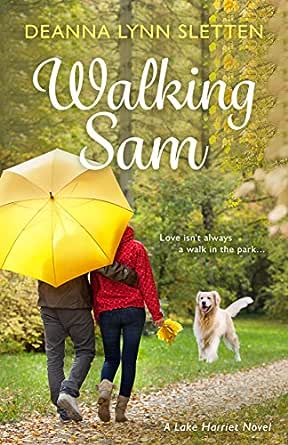 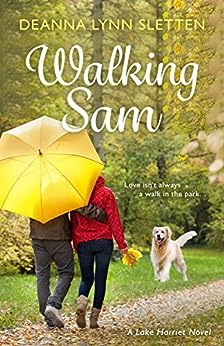 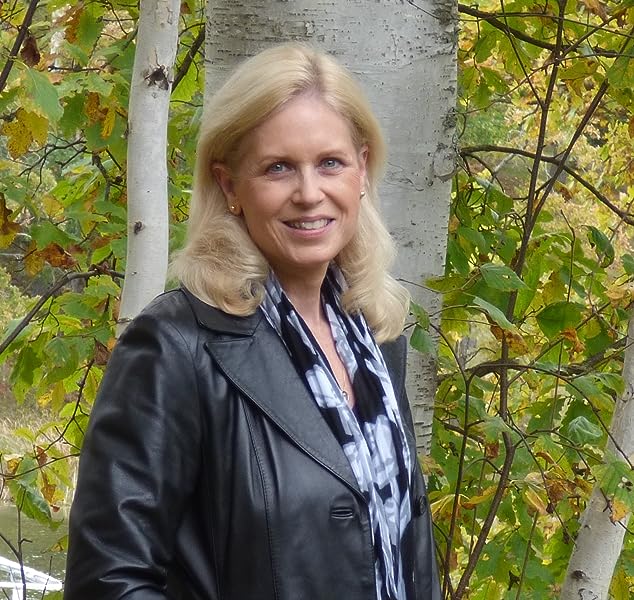 Love isn’t always a walk in the park…

Ryan Collier has lived a quiet life with his golden retriever, Sam, and two orange tabbies since the death of his wife nearly three years ago. Friends and family are encouraging him to move on and find someone new to share his life with, but Ryan feels he will never find someone he can love as much as his wife. Ryan reluctantly gives in and starts going out on weekends, and soon discovers that women have changed as well as the rules of dating. He’s longing for a fulfilling relationship but the women he meets only want one-night stands. Then, Kristen moves in next door and he’s happy to find they have a lot in common. There’s only one problem—she’s not available.

Kristen Foster craves a peaceful place to call home. With her stressful job as a pediatric oncology nurse and a failed marriage behind her, she doesn’t want any more drama in her life. Then her casual boyfriend—a surgeon—proposes to her. And she finds that the widower next door is a thirty-something, handsome man who seems to have his choice of young women every weekend. His only redeeming quality is his beautiful dog, Sam. But as she gets to know Ryan, Kristen is drawn to him. She finds herself struggling to choose between the dependable surgeon or the man she believes is the neighborhood playboy.

Can Sam’s furry charm bring Ryan and Kristen together?


What readers are saying about Walking Sam:

“An uplifting story that leaves the reader with a warm smile and feeling that something really good happened!” – Maryann Bruner

“I LOVED this book, it was a very moving book of loss and love!” – Diane E. Damico

“I love all of Deanna's books. They keep you involved in the stories and I hate to put the books down.” – Shirley Dodge

Deanna Lynn Sletten grew up in southern California before moving to northern Minnesota as a teenager. Her interest in writing novels was sparked in a college English class and she has been writing in some form or another ever since. In 2011, Deanna discovered the world of self-publishing and published three novels she'd written over the years. After that, she was hooked. Deanna has written eleven novels and is currently working on her next novel due to be published by Lake Union Publishing in 2016. Deanna enjoys writing heartwarming women's fiction and romance novels with unforgettable characters. She has also written one middle-grade novel that takes you on the adventure of a lifetime. She believes in fate, destiny, love at first sight, soul mates, second chances, and happily ever after, and her novels reflect that. Deanna is married and has two grown children. When not writing, she enjoys walking the wooded trails around her home with her beautiful Australian Shepherd or relaxing in the boat on the lake in the summer. Deanna loves hearing from her readers. Connect with her at: Her blog: www.deannalynnsletten.com Twitter: @DeannaLSletten Facebook: http: //www.facebook.com/DeannaLynnSletten

Ryella
TOP 500 REVIEWER
1.0 out of 5 stars Another doormat
24 August 2019
Format: Kindle Edition
I don’t think this author is capable of writing a strong heroine if her life depended on it. Strong heroines don’t need to be aggressive; they just need to have some self respect. This one had none.

As for the hero, I very much doubt their HEA will last. Once the novelty wears off for him, he’ll be back with Nichole in no time!

Value Shopper
5.0 out of 5 stars A really good book!
31 January 2019 - Published on Amazon.com
Format: Kindle EditionVerified Purchase
This was a very interesting story, well written, & really held your interest. I find most of this author's books are quite good. It made me even want to read the next book in the series.
Read more
11 people found this helpful

Kerry L. Reis
5.0 out of 5 stars Well Written Hallmark Style HEA Romance
18 September 2016 - Published on Amazon.com
Format: Kindle EditionVerified Purchase
For ten years, Amanda was Ryan’s wife, life, and soul partner, until three years ago, when Amanda suddenly passed away. For Ryan, besides his tech sales job, his life since then has been the suburban home with Amanda’s preserved office in a backyard cottage, several photographs of Ryan and Amanda carefully placed in every room of the main home, two frisky cats, Punkin and Spice, and a gentle female golden retriever named Sam. However, friends and co-workers are pressing him to move on, and Ryan knows that changes are coming when his longtime next-door neighbors put their home up for sale. Maybe that is why he lets one of his co-workers convince him to go to a bar on a Friday night and gets him to connect with a young woman for the night. For nurse Kristen, buying the suburban home helped her assuage the remaining hurt of her earlier divorce and cheating ex-husband, although she did notice the young woman leaving her handsome new neighbor’s home as she was moving in, reinforcing her sense of male unreliability and making her feel comfortable with her current safe relationship with an older well-off doctor. Yet, leave it to Sam to bring Ryan and Kristen together and get them to know each other on shared walks with Sam. Will it be enough to help them get past their histories and insecurities? Yes, the story framework is classic Hallmark Channel movie romance where the reader knows where the tale will end up between these two, but it is well written and craftily structured to let the reader understand the insecurities that create the light assumptions the main characters form about each other preventing them from completing the connection we know will have to eventually happen – and there is a strong body of readers and viewers who enjoy and find comfort in a well-crafted HEA romance.
Read more
6 people found this helpful

Book Addictt
5.0 out of 5 stars A nicer love story
23 October 2018 - Published on Amazon.com
Format: Kindle EditionVerified Purchase
Kristen buys a lovely older house in a leafy suburb. As a nurse of cancer patients, she needs times to relax. Her next-door neighbour is grieving after losing his beautiful sweet wife to a brain aneurysim after only 10 years of marriage.
He is persuaded to go out for drinks and womanizing one night, and ends up sleeping with a very young woman.
His neighbour sees her leaving in the morning. She in turn is seeing a man 18 years older than her. He is a 50-year old specialist. Neither Ryan nor Kristen know the Lord. Ryan's mother has cancer. Kristen says:
"I’ll send positive thoughts your mother’s way she’d said before they’d ended the call. " Kristen is nursing a young leukaemia victim. She seems to influence both Kristen and Ryan whose golden retriever named Sam, short for Samantha, towards fairh in God. Kristen remarks:
“Yes. She’s so incredible. She’s been through so much in her short life, yet I’ve never seen her angry or discouraged. She has an inner-strength well beyond her years. And a deep faith that keeps her moving forward.” Kristen smiled. “Sometimes I truly believe she has an angel on her shoulder. A special angel that whispers sweetness into her ear. Maybe it’s even Gabriel, the messenger angel who she says she’s named after.” “I think you’re right,” Ryan said, once again feeling the warmth he’d felt when he met Gabbie. “There is definitely something ethereal about her. She nearly glowed when I first saw her. There’s something very special about her.” Kristen gazed up into his eyes. “I could tell that you felt it, too. Bradley thinks I’m silly when I speak about Gabbie that way. He doesn’t see anything past scientific fact. But you do.” “Sometimes you have to believe in more than you can see or touch. Otherwise, life would be a sad, boring existence.”
Neither Ryan nor Kristen realise that God has given them borh a second chance at happiness. I really enjoyed this story but felt frustrated that 94% of the story was about them being with the wrong partners and denying their feelings for each other. The next 1% wrapped the story up when they both realised and acknowledged their love for each other. That would not have happened either, unless Nichole, the young two-night stand girl with coloured stripes in her hair, explained to Ryan that Kristen loved him and sobbingly turned to him when her patient died, after telling her nurse to "keep Ryan."
The rest of the book was credits and other stories, so if I must find fault with this very enjoyable story, my question is, "Why take 94% of the book to build up towards the inevitable marriage and 1% dealing with their joyful recognition of their love, them selling her house and moving into his, his mother being declared cancer-free, their wrdding, and 3 months later, her pregnancy? Its nice that she finally met trustworthy men in his family. I would think that the focus of these stories could change to how happy married life can be if a couple respect God's laws of waiting to be married instead of having casual intimate relationships as both Ryan and Kristen did.

Diana M. Hockley
5.0 out of 5 stars JUST WHAT I NEEDED TO READ AT THE TIME. ENJOYED IT!
3 October 2016 - Published on Amazon.com
Format: Kindle EditionVerified Purchase
This novel came at just the right time for me. Having read a queue of plots depicting murder, mayhem and "romance" in the form of 20+ digital and paper pages of explicit sex, I was ready for a Deanna Sletton book!

The real star of the show, Sam, was a gorgeous Golden Retriever with a supporting cast of two cats who did what cats always do - eat and sleep!

Overall, a happy read in which - in time honoured fashion - everything turned out well. Not as deep as Maggie's Turn which is my favourite Sletton novel, but vintage Deanna for all that :)

Sunflower girl
5.0 out of 5 stars Loved this book!😊
8 February 2019 - Published on Amazon.com
Format: Kindle EditionVerified Purchase
This is a very heartfelt story with characters who seem like friends you can relate to. Kristen and Ryan were next door neighbors who shared walks in the park with the star of the book, Sam. Sam is a golden retriever who fell in love with Kristen when they first met after Kirsten moved in next door. While Ryan was still grieving from the death of his wife three years before, Kirsten was dating a successful, older doctor. To find out how Sam keeps these two interested, you'll have to read for yourself! Many obstacles are thrown in the way and you finally feel that this friendship is not going to work!
Read more
Go to Amazon.com to see all 78 reviews 4.4 out of 5 stars
Get FREE delivery with Amazon Prime
Prime members enjoy FREE Delivery and exclusive access to movies, TV shows, music, Kindle e-books, Twitch Prime, and more.
> Get Started
Back to top
Get to Know Us
Make Money with Us
Let Us Help You
And don't forget:
© 1996-2020, Amazon.com, Inc. or its affiliates