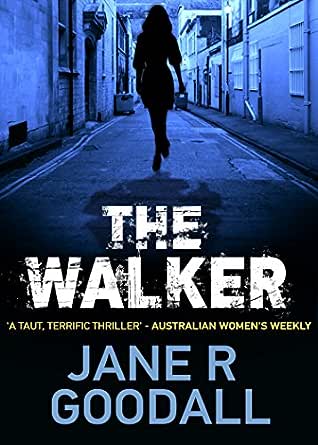 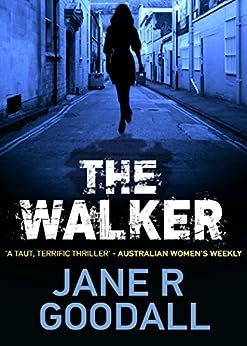 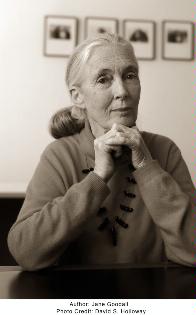 "It's the swinging '60s and a Jack-the-Ripper wannabe is terrorizing London. Rookie detective Briony Williams is assigned to an all-male investigative team and feels she must prove herself. Narrator Nicki Paull is splendid in an array of situations – her voice perfectly conveys a drunk, a young girl, and someone speaking while holding pins in his mouth. There is a large number of international suspects and a contingent of police on the trail, each giving Paull's narrative skills a workout. Eventually, the story wends its way to California before the final showdown in England. Paull expertly keeps each distinctive character and suspenseful situation rolling along." Author: AudioFile Magazine --This text refers to the audioCD edition.

An unforgettable crime debut that heralds a major new voice in crime writing. --This text refers to the audioCD edition.

Jane Goodall was born in England but now lives in Australia. She has held positions at several Australian universities, teaching drama and performance, cultural history and history of science. She currently teaches in Humanities at the University of Western Sydney and is Research Director for the College of Arts, Education and Social Sciences. She also writes as Jane R. Goodall. --This text refers to the audioCD edition.
Read more

lorraine k
4.0 out of 5 stars compelling reading
Reviewed in Australia on 22 March 2016
Verified Purchase
A querky writer that grabs you as you are drawn into the intricacies of this story. I read late into the night, compelling reading. This book was a gamble , having never heard of the author. I'm now a committed fan . Don't be shy . Try this.
Read more
2 people found this helpful
Helpful
Comment Report abuse

janalie besoff
3.0 out of 5 stars Interesting read
Reviewed in Australia on 10 August 2016
Verified Purchase
Some parts a page turner. Strong female characters.
Writing could be better but ok.
Suspense good but could have been developed more.
Loose ends all tied up at end
Read more
2 people found this helpful
Helpful
Comment Report abuse

Kindle Customer
4.0 out of 5 stars The walker
Reviewed in Australia on 2 September 2016
Verified Purchase
I enjoyed reading this book but was disappointed with all the typing errors even Nell got called Molly so if you can get passed the mistakes it's a good read
Read more
2 people found this helpful
Helpful
Comment Report abuse

Pam
5.0 out of 5 stars Enjoyable
Reviewed in Australia on 13 January 2017
Verified Purchase
Easy to follow and kept you interested all the way through. First book by this author I have read and will most likely look for more.
Read more
Helpful
Comment Report abuse

NicShef❤️Reading
5.0 out of 5 stars Edge of your seat stuff....
Reviewed in Australia on 13 June 2016
Intriguing, thrilling, terrifying and engaging, The Walker introduces the character of Detective Briony Williams on her first major case, while at the same time dealing with the fact that she is a woman in a male world.
The Walker is set in London in 1970s as the detectives race through time to stop a serial killer who seems to be following the steps of Jack the Ripper. I like that the book is told by multiple perspectives: the killer, one of his victims, but especially by Detective Williams and by Nelle, an English student who witnessed one of the murders, so the reader is told the story from every point and doesn’t miss a thing.
Tight, extremely well written and transports you back to a gritty, dark side of London during the 1970's. Edge of your seat stuff....
Read more
3 people found this helpful
Helpful
Comment Report abuse
See all reviews from Australia

Robert Crouch
4.0 out of 5 stars Refreshingly different
Reviewed in the United Kingdom on 25 August 2019
Verified Purchase
This is a complex and complicated police procedural with shades of Hogarth, Jack the Ripper, secret societies and a police team struggling to make sense of a series of seemingly random ritualistic murders.

It’s 1971 and fast track Detective Inspector Briony Williams is thrown in at the deep end to bring her special skills to the team – namely research and referencing. Yes, life in the police was a bit different in those days. Despite Briony’s class and insights, she struggles to make an impression on her more experienced colleagues. But this doesn’t stop her following her own leads and connections as the killer appears to be toying and taunting the police.

I took this story when I first discovered it 5 years ago, and enjoyed it just as much second time around. Though never fully developed, the characters and their relationships are strong, revealing the tensions and conflict that bubble to the surface when progress is slow and the bodies start to pile up. There’s humour, dead ends and sheer desperation at times.

Then there’s Nell, who may have witnessed The Walker’s first murder several years before. This makes her a target, creating another layer of tension and apprehension as the story unfolds and The Walker makes his presence felt.

Due to the complex nature of The Walker, a lot of pages are devoted to his history and development, including secret societies and a spell in a Californian hippy colony that slowed the pace of the story at times.

Otherwise, this is well written and researched, full of surprises and false trails and refreshingly different from your average police procedural. No detectives with major traumas, just police officers stretched to their limits as they struggle to catch a killer who’s three steps ahead.

HistoryFan
4.0 out of 5 stars I'm less glad I live in London after reading this!
Reviewed in the United Kingdom on 14 April 2015
Verified Purchase
I finished this weekend after having a relaxing time in Edinburgh but it made be absolutely terrified of returning home to London. It's a gripping read that will drill you down into your seat. One of Jane Goodall's earlier novels with Det. Briony Williams it really is a thrilling read - fast-paced and a well thoughtout plot lead you to love every page - shame it wasn't a tad longer!
Read more
One person found this helpful
Helpful
Sending feedback...
Thank you for your feedback.
Sorry, we failed to record your vote. Please try again
Report abuse

Cool Reviews
4.0 out of 5 stars Really promising and entertaining thriller.
Reviewed in the United Kingdom on 14 April 2015
Verified Purchase
Really gripping stuff. A nicely thought-out and engaging thriller that delivers on all its promises. I can see why it won the Ned Kelly Award. It really is very clever. But I did find some of the scenarios a little contrived. Nevertheless a good read.
Read more
Helpful
Sending feedback...
Thank you for your feedback.
Sorry, we failed to record your vote. Please try again
Report abuse

Leslie
3.0 out of 5 stars Gripping story
Reviewed in Canada on 30 December 2016
Verified Purchase
I got this book as a deal through Bookbub. Definitely a page turner - I finished it in one sitting, and I'll probably read the others in the series. It would have 4 stars if there had been a more careful proofreading. The characters are believable and the story is well-crafted, but the errors in the text were distracting, especially toward the end of the book.
Read more
Helpful
Sending feedback...
Thank you for your feedback.
Sorry, we failed to record your vote. Please try again
Report abuse

Cheryl R💎
4.0 out of 5 stars Good storyline
Reviewed in the United States on 26 April 2015
Verified Purchase
This book was difficult for me to get through. The plot of the story is intriguing and along the lines of a horror book with gruesome murder scenes. I think part of the reason is that the wording while English is British English and heavily so. I thought I could read anything in English but not do. The other struggle was that there were so many characters investigating the murders so there were a lot of theories and to who and why. Add in the mystical beliefs of Freemasons and other secret societies the book started jumbled for me until the exciting conclusion. Because the plot is so interesting I think this would make for an excellent mini series where all the guessing could be placed in a more coherent manner and sorted properly.
Read more
Helpful
Sending feedback...
Thank you for your feedback.
Sorry, we failed to record your vote. Please try again
Report abuse