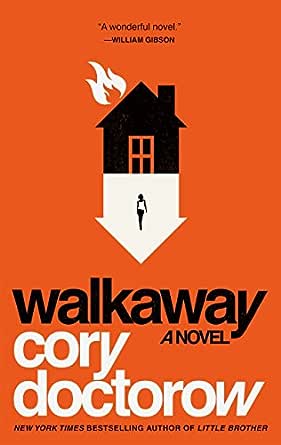 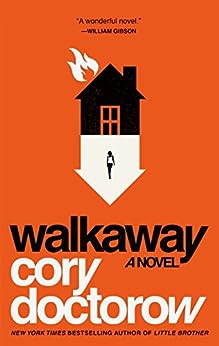 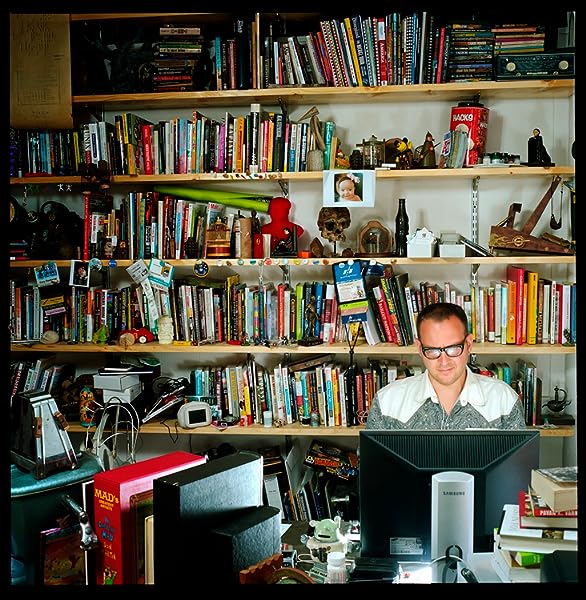 "Is Doctorow's fictional utopia bravely idealistic or bitterly ironic? The answer is in our own hands. A dystopian future is in no way inevitable; Walkaway reminds us that the world we choose to build is the one we'll inhabit. Technology empowers both the powerful and the powerless, and if we want a world with more liberty and less control, we're going to have to fight for it."--Edward Snowden

"The darker the hour, the better the moment for a rigorously-imagined utopian fiction. Walkaway is now the best contemporary example I know of, its utopia glimpsed after fascinatingly-extrapolated revolutionary struggle. A wonderful novel: everything we've come to expect from Cory Doctorow and more."--William Gibson

"The Bhagavad Gita of hacker/maker/burner/open source/git/gnu/wiki/99%/adjunctfaculty/Anonymous/shareware/thingiverse/cypherpunk/LGTBQIA*/squatter/upcycling culture...zipped it down into a pretty damned tight techno-thriller with a lot of sex in it."--Neal Stephenson

"Cory Doctorow is one of our most important science fiction writers, because he's also a public intellectual in the old style: he brings the news and explains it, making clearer the confusions of our wild current moment. His fiction is always the heart of his work, and this is his best book yet, describing vividly the revolutionary beginnings of a new way of being. In a world full of easy dystopias, he writes the hard utopia, and what do you know, his utopia is both more thought-provoking and more fun."--Kim Stanley Robinson

"Thrilling and unexpected....A truly visionary techno-thriller that not only depicts how we might live tomorrow, but asks why we don't already." Kirkus (starred review)

"Doctorow has envisioned a fascinating world...This intriguing take on a future that might be right around the corner is bound to please." --Library Journal

"This book genuinely inspired me....Walkaway could well be the most significant novel of the tens." --Strange Horizons

"A page-turner that explores a revolutionary response to the bourgeois elite." --Cascadia Weekly


"A satisfyingly credible and compelling world...with ample thought given to how the choices we make in dealing with individuals shapes the foundation of the society in which we live." --Winnipeg Free Press

"A bravura piece of storytelling, and marks a powerful shift in awareness and understanding." --National Post

In a world wrecked by climate change, in a society owned by the ultra-rich, in a city hollowed out by industrial flight, Hubert, Etc, Seth and Natalie have nowhere else to be and nothing better to do.

But there is another way. After all, now that anyone can design and print the basic necessities of life – food, clothing, shelter – from a computer, there is little reason to toil within the system. So, like thousands of others in the mid-21st century, the three of them turn their back on the world of rules, jobs, the morning commute and... walkaway.

It's a dangerous world out there, the empty lands are lawless, hiding predators – animal and human alike. Still, when the initial pioneer walkaways flourish, the thousands become hundreds of thousands, building what threatens to become a post-scarcity utopia. But then the walkaways discover the one thing the ultra-rich have never been able to buy: how to beat death. And now it's war – a war that will turn the world upside down.

Chris O'Neill
5.0 out of 5 stars Always challenging the dominant paradigm...
1 September 2017
Format: Kindle EditionVerified Purchase
Along with Stross, Doctorow is a true futurist - doing that most difficult task of extrapolating current trends into the near future. His view is neither utopian /dystopia - but oscillates between the two. Fundamentally, the society changing technology takes years to wreak its damage - but its only a backdrop to people being people. Selfish, stupid - benevolent, clever...

I half relish and are terrified by his futures...

Amazon Customer
5.0 out of 5 stars Geeky and smart, humorous and compassionate
19 May 2017
Format: Kindle EditionVerified Purchase
Gritty, realistic and plausible as near-future reality, this book is both wondrously optimistic and horrifically chilling. Geeky and smart, humorous and compassionate, hopeful and terrifying. There's fragility and strength, all with a dash of pure evil.

This world is probably on its way. You might as well read about it now.

MARTIN RAVELL
5.0 out of 5 stars A romp
1 January 2020
Format: Kindle EditionVerified Purchase
OK, so it has a lot of ideology in it that isn’t perhaps terribly realistic. But it is nice to dream.
Read more
Helpful
Comment Report abuse

Kindle Customer
5.0 out of 5 stars Loved it!
9 April 2018
Format: Kindle Edition
A new author (to me) and thank goodness I took the chance to read it. Really thought provoking ideas, that may well be not that far in the future.
Read more
Helpful
Comment Report abuse
See all 8 customer reviews
Write a customer review

Go to Amazon.com to see all 191 reviews 3.8 out of 5 stars
Get FREE delivery with Amazon Prime
Prime members enjoy FREE Delivery and exclusive access to movies, TV shows, music, Kindle e-books, Twitch Prime, and more.
> Get Started
Back to top
Get to Know Us
Make Money with Us
Let Us Help You
And don't forget:
© 1996-2020, Amazon.com, Inc. or its affiliates