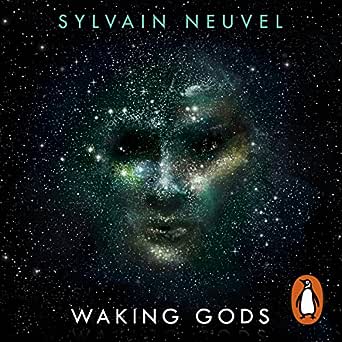 Lee Davis
TOP 500 REVIEWER
4.0 out of 5 stars Good continuation
25 May 2018
Format: Kindle EditionVerified Purchase
This book follows a similar style as book 1 (Sleeping Giants). There's a lot more action and all of our familiar characters are back, but whilst the overall rating on GR and Amazon is higher for book 2 over book 1, I prefered the the latter. I really like the intrigue with the Interviewer, whereas this book really gets into the action of earth defense
Read more
Helpful
Comment Report abuse

Kindle Customer
2.0 out of 5 stars What really annoyed me about this novel was the use of slang by supposedly highly educated characters. The continual use of "wanna" and "gonna" became so grating, I did not finish the book. I'm not a Science Fiction fan but if a text is convincing and characters are "filled out" then the genre matters less. The idea of employing a mixture of communications rather than direct dialogue was quite cleverly done. Such a shame that Neuvel failed to match the language to the characters! The novel would probably appeal to younger readers.
15 June 2017
Format: Kindle EditionVerified Purchase
I found this novel more suited to a young reader. The use of "gunna" and "wanna" by supposedly well educated characters was more than a bit annoying! The concept of using various genres of communication instead of dialogue was quite good. However, the characters were one dimensional as were the settings. Not worth the price set for the text!
Read more
Helpful
Comment Report abuse

chris treloar
5.0 out of 5 stars a very interesting intriguing read
25 May 2017
Format: Kindle EditionVerified Purchase
All I can say is WOW, loved the way it was set out through interviews and very unexpected twists and turns
Read more
Helpful
Comment Report abuse

Mel | Mel's Bookshelf
5.0 out of 5 stars Even better than the first one!
6 November 2018
Format: Kindle Edition
I LOVED this second instalment in the Themis Files trilogy! Not often I enjoy the second of a trilogy more than the first! I wonder how good the third one is going to be!!?

So 9 years following the events of the first novel Sleeping Giants, Kara, Vincent and Rose are back as well as the man who is never named who pulls all the strings. Another robot suddenly appears in London. Who are these other worldly beings that have sent it? And what do they want from us?

WOW! Action-packed and SO MUCH FUN! I absolutely LOVED this one!

It is full of interesting and intriguing metaphors in the form of stories that I found charming. My favourite character is Mr Burns for sure! But the other characters were really likeable (well most of them anyway) and I was glued to my iPhone, unable to stop listening to the narration!

It carried on from the first one, so you would have a bit of trouble following it if you haven't read Sleeping Giants, but the two of them so far! WOW! What an exciting sci-fi!

Another robot has arrived! And it looks like it doesn't want to play nice. People die, humanity needs to come together! But will they?

Did I like the audio narration?
I loved it! A few of the characters voices grated on me at times, but not enough for me to dislike it! It truly is a great series on audio. There are SO MANY different voices both male and female and I love that its exactly like an action movie inside my head! If you are new to audio books and enjoy a good sci-fi, I urge you to give this one a try! The way it is written, the structure of the chapters is perfect for beginners as it is so darn easy to listen to!

Would I recommend Waking Gods?

ABSOLUTELY!!! If you are a sci-fi fan you have to check this series out! And man! Great ending! Can't wait for the third one!!

I purchased Waking Gods on audible at my own expense.

Jas P
TOP 100 REVIEWER
5.0 out of 5 stars Waking Gods is the must read sequel to Sleeping Giants!
9 April 2017
Format: Kindle Edition
Sleeping Giants was easily one of 2016s best Sci-Fi books, with an incredible story of a giant hand being found that ultimately leads to the ‘Themis’ robot being constructed.
Although the mystery of the robot is certainly one of the key aspects of the story, it is Neuvel’s exceptional characters though that truly made Sleeping Giants the masterpiece that it was. From the absolute genius of Rose Franklin, to the aggressive wit of Kara Resnick, to the gifted linguist Vincent Couture, the very disturbed Ryan Mitchell, and linking them all, the Unknown Man who talks to them all, gathering their stories, providing resources, and most importantly, subtle advice when most needed.
Waking Gods continues the documentary structure of Sleeping Giants, each chapter being another recording, interview or mission file etc, between the various main characters, unveiling more of the puzzle with each record. In this fashion, it allows the reader to try and piece together what is going on, and although for some, it might seem disjointed, Neuvel moves from one file to the next with such consummate ease, that the story flows naturally and you find yourself completely engaged.
Waking Gods picks up nearly a decade after the events of Sleeping Giants, the EDC has been formed, Vincent and Kara are happily being paraded around with Themis, and the newly resurrected Rose has been made the head of science of the project. I do not want to give away spoilers for this book, it needs to be read and enjoyed in its entirety, so I will let you discover what has occurred to Rose. Needless to say that Sleeping Giants did end on a rather amazing cliff hanger.
Without giving too much away, I will say that the story does pick up when a new giant appears in the middle of London.
It just appears, out of nowhere, no noise, no ship, no announcement. It is bigger, different, but it is obviously from the same place as Themis.
Neuvel then gives us a brilliant story that is easily an equal of Sleeping Giants, with plenty of action, enough emotion to leave you spent for days, and yet another book that will be a highlight of the year of Sci-Fi.
His characters have returned, all the favourites, and a couple of new ones (the Brigadier General in charge of the EDC is easily my favourite in this entire book!), but one of the things that I really found interesting was the technology and science. Neuvel has done a remarkable amount of research for his story, so that when his characters are talking, they use accurate terminology, so it is believable and realistic. It gave so much extra depth to the story, especially when his characters are already so exceptionally good.
This is an outstanding sequel to a book that was going to be difficult to beat. If you read the first, you absolutely must read Waking Gods, and if you haven't read either, do yourself a favour, go find somewhere quite for several hours, and read two of the best Sci-Fi books you will read in the past couple of years.
Read more
Helpful
Comment Report abuse
See all 7 customer reviews
Write a customer review
Get FREE delivery with Amazon Prime
Prime members enjoy FREE Delivery and exclusive access to movies, TV shows, music, Kindle e-books, Twitch Prime, and more.
> Get Started
Back to top
Get to Know Us
Make Money with Us
Let Us Help You
And don't forget:
© 1996-2020, Amazon.com, Inc. or its affiliates