To Wake the Giant: A Novel of Pearl Harbor and over 1.5 million other books are available for Amazon Kindle . Learn more
Share <Embed> 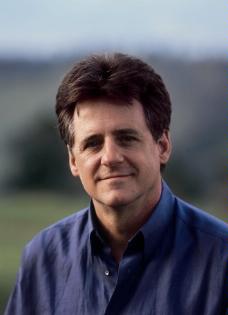 Page 1 of 1 Start overPage 1 of 1
This shopping feature will continue to load items when the Enter key is pressed. In order to navigate out of this carousel please use your heading shortcut key to navigate to the next or previous heading.
Back
Next
Start reading To Wake the Giant: A Novel of Pearl Harbor on your Kindle in under a minute.

"An exciting war story . . . [a] deeply researched, nonjudgmental account of Pearl Harbor."--Kirkus Reviews "The run-up to the Japanese attack on Pearl Harbor . . . is depicted in a thrilling you-are-there re-creation. . . . Fans of military fiction will find much to enjoy."--Publishers Weekly Praise for Jeff Shaara "Shaara [is the] master of the war novel."--Chicago Tribune, on The Steel Wave "Shaara is apparently giving the people what they want--and what they need."--The Wall Street Journal, on The Rising Tide "[Shaara] writes with considerable sensitivity and skill."--The Seattle Times, on The Last Full Measure "Shaara's historical accuracy is faultless, and he tells a good story."--Historical Novels Review, on A Chain of Thunder "An outstanding writer."--Huntington News, on A Blaze of Glory "Whether you're a military veteran or currently serving in the armed forces, or you're a history buff or just enjoy a well-told tale, check out Jeff Shaara. Nobody tells war stories any better."--The Sacramento Bee, on The Final Storm

New York Times bestselling author Jeff Shaara takes on Pearl Harbor, the world-changing attack that catapulted America into World War II, in a novel featuring his trademark "you are there" immediacy.

JEFF SHAARA is the New York Times bestselling author of The Frozen Hours, The Fateful Lightning, The Smoke at Dawn, A Chain of Thunder, A Blaze of Glory, The Final Storm, No Less Than Victory, The Steel Wave, The Rising Tide, To the Last Man, The Glorious Cause, Rise to Rebellion, and Gone for Soldiers, as well as Gods and Generals and The Last Full Measure--two novels that complete the Civil War trilogy that began with his father's Pulitzer Prize-winning classic, The Killer Angels. Shaara was born into a family of Italian immigrants in New Brunswick, New Jersey. He grew up in Tallahassee, Florida, and graduated from Florida State University. He lives in Newtown Square, Pennsylvania.
Read more

4.7 out of 5 stars
4.7 out of 5
781 global ratings
How are ratings calculated?
To calculate the overall star rating and percentage breakdown by star, we don’t use a simple average. Instead, our system considers things like how recent a review is and if the reviewer bought the item on Amazon. It also analyses reviews to verify trustworthiness.

John Mackenzie Nesbitt
5.0 out of 5 stars Terrific read
Reviewed in the United Kingdom on 1 June 2020
Verified Purchase
Another wonderfully researched novel by Mr.Shaara. A must read for anyone with an interest in the history of World War 2. His harrowing evocation of the carnage of the attack on Pearl Harbour and USS Arizona is superb.
Read more
Report abuse

Uboats were not ravaging the US coast in early 1941, that did not happen until early 1942. The Icelandic government was worried about a German landing in 1941, the British had occupied it in May 1940. The USN was not sinking Uboats in 1941. Kimmel was officially commander of the US Fleet, not the Pacific Fleet. His fleet had 9 battleships on December 6, 1941, not 8 (the Colorado was in Bremerton). German invaded the USSR on June 22, 1941 and the world knew about it within hours, not up to 5 days later. The Prince of Wales and Repulse was sunk December 10, 1941, not early 1942.

These are the ones I remembered with keeping a written list. I've bought all of his books, but no more. And his writing style keeps getting more tiresome.

Glenn Garfield Ang
4.0 out of 5 stars A few historical errors to take note of
Reviewed in the United States on 30 July 2020
Verified Purchase
I am a great fan of Jeff Shaara's historical fiction books and have collected every one of them. I just finished reading this book early this morning and would like to point out just two historical errors which slipped through the editing of this book. The first is the reference to Port Arthur still under the Soviet Union, which is not possible, because Japan gained the Port Arthur lease from Russia in the 1905 Treaty of Portsmouth that ended the 1904 Russo-Japanese War. The second is the reference to Petain as the leader of "occupied" France. He was the leader of "unoccupied" France, because Germany directly controlled "occupied" France.

Having said that, I have to correct a recent review which claimed that there were nine, not eight, battleships in Pearl Harbor on 7 December 1941, Hawaii Time. No, there were eight of them: Arizona, Nevada, Oklahoma, Pennsylvania, California, Tennessee, Maryland, and West Virginia. The target battleship Utah does not count as an active serving battleship. Another glaring historical error on that reviewer's part was the claim that Kimmel was commander of the U.S. Fleet. No, Jeff Shaara is again completely correct in claiming that Kimmel was the commander of the U.S. Pacific Fleet, because it was the Chief of Naval Operations, Stark, who was technically the commander of the entire U.S. Fleet during peace time. After the Pearl Harbor raid, Stark was succeeded as Chief of Naval Operations by Admiral King. Although Kimmel was indeed given the title of Commander-in-Chief, U.S. Fleet, this was technically inaccurate, since there was a separate Atlantic Fleet, which was commanded by Admiral King ever since February 1941. Is the reviewer implying that the U.S. Atlantic Fleet is not part of the U.S. Navy? Perhaps the reviewer thinks that the U.S. Atlantic Fleet was placed under the command of the British First Lord of Admiralty, just as the U.S. Ninth Army would be placed under the command of the British 21st Army Group in 1944? Hence, Jeff Shaara is correct and the reviewer is completely mistaken. Unlike the two earlier points I presented, a lot of criticism raised by this reviewer dwells on interpretations rather than historical errors. Therefore, I would like to caution any readers of that review to take it with tons of salt.

I guess that is all for now. Until I hear from you again, so long!

Jim Broumley
5.0 out of 5 stars Very readable, good story
Reviewed in the United States on 9 June 2020
Verified Purchase
"To Wake the Giant" begins approximately one year before the Japanese attack on Pearl Harbor, Hawaii. In the usual Jeff Shaara formula, he tells the story of the event by following major historical characters who played a role in decision making and examples of "regular people" who were greatly affected by the event. In the case of "Wake the Giant," Shaara provides the perspective of the United States' chief negotiator with Japan, Secretary of State Cordell Hull, the architect of the attack on Pearl Harbor, Japanese Admiral Isoroku Yamamoto, and a new enlistee to the U.S. Navy named Tommy Biggs, who gets assigned to the USS Arizona.
Of course, we hear the voices of other characters who are part of the multitude that made or were affected by this pivotal event in World history. Secretary of State Hull, of course, meets with President Roosevelt and Secretary of War Stimson among others that include Japanese Ambassador Nomura. These meetings let the reader know what the American government knew leading up to the war. Dialog between Yamamoto, his staff and other admirals, show us the planning for the attack. And in Hawaii, we see the preparations for war through the viewpoint of Admiral Husband E. Kimmel and his staff. Finally, Tommy Biggs and his shipmates show us what life was like for a battleship sailor in the weeks before the war and the horrific battle on December 7, 1941.
"To Wake the Giant" is a page-turner. I was never bored or distracted. Like all Shaara novels, the book is well researched and very readable. To me, this author writes the epitome of factual historical fiction, which as I've said many times is a great way to learn details of an event. And if you're not careful, you might even become a fan of history. So put this book on your summer reading list.
Read more
7 people found this helpful
Report abuse

Robert W. Brandstatter
5.0 out of 5 stars Shaara formula always works
Reviewed in the United States on 28 May 2020
Verified Purchase
Yes, he uses the same formula in all his books, chapters interspersed with the little guy on the ground and the big guy decision makers. But it works. No matter how much you think you know about Pearl Harbor, the book still keeps you interested, even knowing the ending. I tried to read this book slowly and savor each chapter but kept going and reached the end too soon. Ready for the next book, probably dealing with Midway. Only criticism is that there was no mention of regret or afterthoughts by all the people who underestimated or didn’t understand the Japanese and focused on the Germans, including most military chiefs, Roosevelt, and some Cabinet members. Why send three battleships to the Atlantic? There was no war with Germany and what good are battleships against U-boats? Of course, hindsight is 20-20, but the duplicity and ambitions exhibited by Hitler and his militarists should have easily been seen in the Japanese. Why wouldn’t the Japanese emulate Hitler’s blitz of Europe and Russia by attacking in the least expected places, like Hawaii?
Read more
6 people found this helpful
Report abuse
See all reviews
Get FREE delivery with Amazon Prime
Prime members enjoy FREE Delivery and exclusive access to movies, TV shows, music, Kindle e-books, Twitch Prime, and more.
> Get Started
Back to top
Get to Know Us
Make Money with Us
Let Us Help You
And don't forget:
© 1996-2020, Amazon.com, Inc. or its affiliates