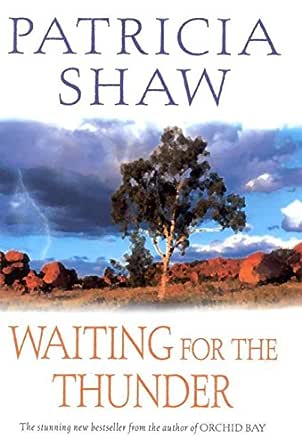 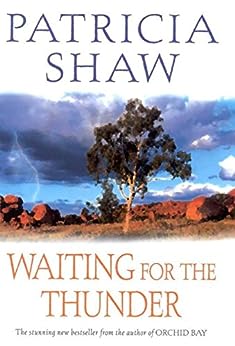 Waiting for the Thunder: A vivid Australian saga of strength and survival Kindle Edition

Born in Melbourne, Patricia Shaw worked as a teacher, political journalist and an oral historian, before pursuing a literary career. Her novel THE FIVE WINDS won the prestigious Corine International Book Prize. Patricia lives on the beautiful Gold Coast of Australia. --This text refers to an alternate kindle_edition edition.

Harmdina Stevens
4.0 out of 5 stars Four Stars
Reviewed in Australia on 9 April 2015
Verified Purchase
Liked it but a li
ttle slow in places

Fran_lil
5.0 out of 5 stars Waiting for the Thunder
Reviewed in the United Kingdom on 15 November 2018
Verified Purchase
Once again, this author writes a book that keep my interest from page one to the very last page. Well done.
Read more
Report abuse

Fozzie
5.0 out of 5 stars Good Read
Reviewed in the United Kingdom on 7 February 2019
Verified Purchase
Excellent book. Kept me interested throughout. Even better than the first book.
Read more
Report abuse

Arthur
4.0 out of 5 stars A novel about Aussie land again
Reviewed in the United Kingdom on 2 September 2013
Verified Purchase
This novel has two or three families whose stories are told in this book . Vivid descriptions bring to life the charters ,their lives and their surroundings.As in all of her books it is possible to transport yourself back into the Australia of yesteryear
Read more
2 people found this helpful
Report abuse

Amazon Customer
4.0 out of 5 stars Four Stars
Reviewed in the United Kingdom on 25 September 2016
Verified Purchase
You are transported to real 20th centuary life in Queesland. Compulsive !
Read more
Report abuse
See all reviews
Get FREE delivery with Amazon Prime
Prime members enjoy FREE Delivery and exclusive access to movies, TV shows, music, Kindle e-books, Twitch Prime, and more.
> Get Started
Back to top
Get to Know Us
Make Money with Us
Let Us Help You
And don't forget:
© 1996-2020, Amazon.com, Inc. or its affiliates