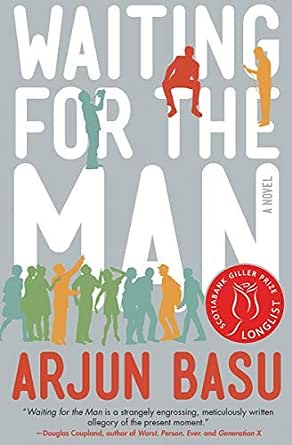 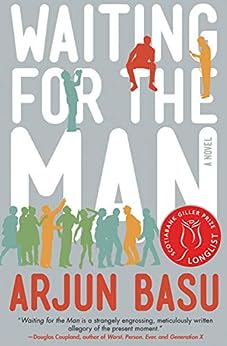 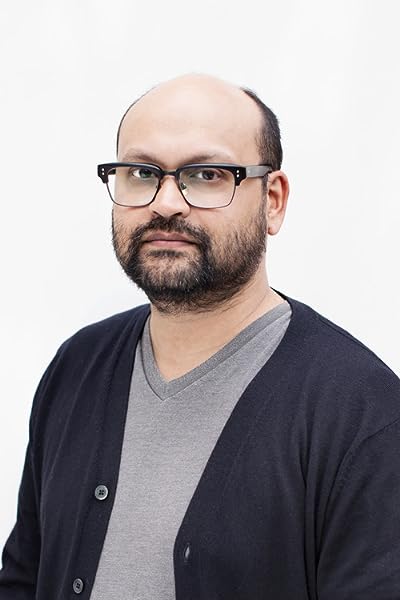 Waiting for the Man: A Novel Kindle Edition

"That it's hard to put down is a credit to Basu's perfect sentences and clear sense of direction . . . I want to say that it's reminiscent of Hemingway, but in a way that sounds nothing like him. It is, however, the perfect style for this novel, a retelling of the American Dream that Hemingway would never have understood." -- National Post

"Although this is the author's debut novel, his experience at shorter forms (Squishy) shows; fans of his 140-character Twisters on Twitter will be pleased to know that the author's talents are on display in this novel." -- Publishers Weekly "Waiting for the Man is observant and clever, and doesn't take itself too seriously. Basu toys with his readers, pushing us away to point out the distance at which we hold the characters and stories that populate our pages and screens, and reminds us there is always more to the story." -- Katia Grubisic in Montreal Review of Books "Waiting for the Man is captivating, aggravating, enlightening and redemptive." --Winnipeg Free Press "Perhaps the dark subtext to this entertaining novel is that movement is impossible, even for many seemingly privileged boys . . . Waiting for the Man hides a chilling truth under its light-hearted surface: the American Dream is a trap." -- Quill & Quire --This text refers to an alternate kindle_edition edition.

Arjun Basu is a writer and editor. In 2008, he published Squishy, a collection of short stories that was shortlisted for the ReLit Prize. His stories have been published in many literary journals, including Matrix and Joyland. He also writes 140 - character short stories he calls Twisters on Twitter (@ArjunBasu), which have won him a Shorty Award, lots of press, and a worldwide following. Arjun lives in Montreal with his wife, son, and dog. This is his first novel. --This text refers to an alternate kindle_edition edition.

Amazon Customer - Dick
4.0 out of 5 stars Very intriguing story. Compare it to "Waiting for Godot" ...
Reviewed in the United States on 23 January 2015
Verified Purchase
Very intriguing story. Compare it to "Waiting for Godot" Gives you room and time to think about your career and the path you have taken to get to where you are.
Read more
Report abuse
See all reviews
Get FREE delivery with Amazon Prime
Prime members enjoy FREE Delivery and exclusive access to movies, TV shows, music, Kindle e-books, Twitch Prime, and more.
> Get Started
Back to top
Get to Know Us
Make Money with Us
Let Us Help You
And don't forget:
© 1996-2020, Amazon.com, Inc. or its affiliates