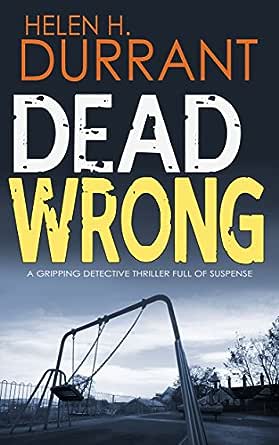 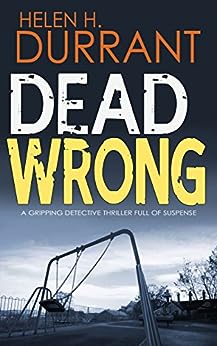 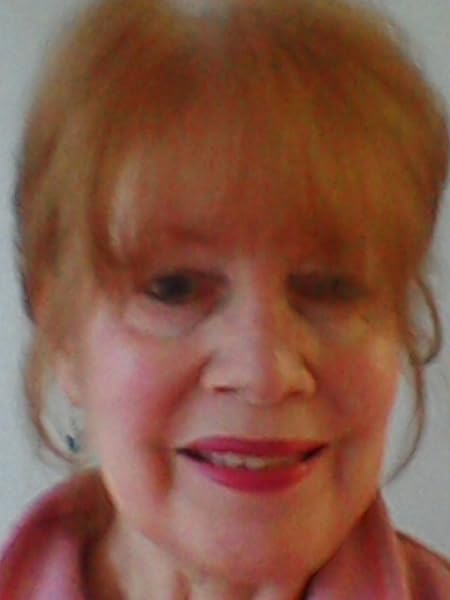 “An edge of your seat detective thriller which had me completely enthralled. Calladine and Bayliss are fascinating police partners. The end was both surprising and uplifting.” Beth Boyd

“A must-read new police procedural that will have you gripped. The characters, setting, and plot are detailed and believable. Can’t wait for the next one.” Sarah Stevens

First a shooting, then a grisly discovery on the common . . .
Police partners, D.I. Calladine and D.S. Ruth Bayliss race against time to track down a killer before the whole area erupts in violence. Their boss thinks it’s all down to drug lord Ray Fallon, but Calladine’s instincts say something far nastier is happening on the Hobfield housing estate.

Can this duo track down the murderer before anyone else dies and before the press publicize the gruesome crimes? Detectives Calladine and Bayliss are led on a trail which gets dangerously close to home. In a thrilling finale they race against time to rescue someone very close to Calladine’s heart.

DEAD WRONG is the first in a new series of detective thrillers featuring D.S. Ruth Bayliss and D.I. Tom Calladine.

Tom Calladine is a single, fifty-one-year-old detective inspector who is devoted to his job. His personal life, however, is not so successful. Having been married and divorced before the age of twenty-one has set a pattern that he finds difficult to escape.

Ruth Bayliss is in her mid-thirties, plain-speaking but loyal. She wishes she had more time for the gym and a love life. She uses her demanding workload as an excuse not to try too hard with the men she meets.

The series is set in the fictional village of Leesdon on the outskirts of an industrial northern English city. There is little work and a lot of crime. The bane of Calladine’s life is the Hobfield housing estate, breeding ground to all that is wrong with the area that he calls home.

DISCOVER YOUR NEXT FAVOURITE MYSTERY SERIES BY THE BEST-SELLING WRITER HELEN H. DURRANT

NicShef❤️Reading
5.0 out of 5 stars Shocking novel of suspense....
22 May 2016
Format: Kindle EditionVerified Purchase
This is a great book and the start of a series. Each book can be read as a stand-alone with a completely solved mystery, but you find out ongoing things about the detectives' lives.
The novel opens with the cruelty of bullying followed by an act of horror and depravity, a foreboding promise leading the reader into a shocking novel of suspense that drags the reader into the story and won't let go.
Calladine and Bayliss are detective partners in this gripping, grisly murder mystery. They are great detectives but flawed individuals.
Calladine and Bayliss are two very human characters. Neither one is perfect, but they match each other very well.
At times this is a disturbing read. The descriptions of the murders are graphic. The crime has its twists and turns. It is fast-paced, well-plotted, and super scary and exciting.
As a debut novel "Dead Wrong" is a stellar achievement for Helen Durrant.
If you love a good thriller grab this one and it will grab you.

Peter the constant reader
TOP 50 REVIEWER
5.0 out of 5 stars Right stuff
16 August 2017
Format: Kindle EditionVerified Purchase
I enjoy Helen Durrant as an author and have read all her Calladine and Bayliss books. It was interesting going back to where the series began knowing all that will happen to the characters. We have Calladine going nowhere in his career and his personal life. All the rest of the crew seem to be in the same boat.

Then the murders start and the killer wants to be known. Calladine's instinct is at odds with his new boss who auspects gang violence and Ray Fallon to be the cause. This sends them into harm and distracts from other leads.

Theteam investigates the past of the suspects but don't seem to be getting anywhere. Then a female reporter attracts the killers interest to get the story out. It is frustrating that this still does not lead anywhere as lead after lead seem to go nowhere. The killing increases. In the end all the various strands come together after a completely random event triggers a connection. Will it be in time to save more deaths

A lot of this and future books are about Tom Calladine and Ruth Bayliss love life told from Tom Calladines perspective. Considering his personality this can be misleading. It can be frank if a bit amoral. Women may find him atractive or completely frustrating. I find his often refered to instinct to be overrated and it is usually his team who come up with the leads.

There's plenty of action in these stories and a lot of fogged pilice work. We also have the colourful characters on the estate and Ray Fallon to provide interest and a bit of slang.

There is bit of everything in these stories and they are easy to read. Maybe not up with Ruth Rendell but entertaining just the same. The books are well researched so you wont have any moments of disbelief.

Kindle Customer
1.0 out of 5 stars Badly written drivel.
22 April 2018
Format: Kindle EditionVerified Purchase
"And the snigger grew into a demonic chuckle". This was the beginning of the end for me. This book is chock a block full of ludicrous adverbs and adjectives, couple this with some of the most stilted and unnatural dialogue and you have a writing style that is just "Dead Wrong".
Read more
2 people found this helpful
Helpful
Comment Report abuse

sav12
4.0 out of 5 stars A very good read.
19 May 2018
Format: Kindle EditionVerified Purchase
First in the series so I will forgive the ending which seemed a little rushed. Needed to know a little more about the killer and what motivated him/her. Otherwise a very good read and the build up kept me turning pages. I will definetly by the kindle version of the 2nd book in this series.
Read more
Helpful
Comment Report abuse

Amalter (a Brum in Oz)
TOP 500 REVIEWER
4.0 out of 5 stars Excellent and promising.
29 September 2015
Format: Kindle EditionVerified Purchase
Very gruesome, but I did enjoy the story and characters. Unless the original typescript contained no mistakes, which is well nigh impossible, my congratulations go to both the author and proofreader. It was a rare pleasure to read an ebook which was virtually error free. I shall now buy the next in the series.
Read more
2 people found this helpful
Helpful
Comment Report abuse

Neil
5.0 out of 5 stars Cleverly written suspense.
3 May 2018
Format: Kindle EditionVerified Purchase
A Great story of a clean up of previous thugs and laricans. By a brother of a murdered lad years,earlier ,only to find out he had changed his identity and was one of the police officers investigating the case.......Well done.
Read more
Helpful
Comment Report abuse

sue turner
4.0 out of 5 stars Good
18 April 2018
Format: Kindle EditionVerified Purchase
Really enjoyed the read would recommend it to anyone who enjoy thrillers have read a lot of Helen currant books
Read more
One person found this helpful
Helpful
Comment Report abuse

Philip Lindsay
5.0 out of 5 stars Good, no, more than good
23 October 2018
Format: Kindle EditionVerified Purchase
Really interesting getting know - like or dislike - these characters.
...and mix them with an interesting plot and you get a good story

Go to Amazon.com to see all 137 reviews 4.1 out of 5 stars
Get FREE delivery with Amazon Prime
Prime members enjoy FREE Delivery and exclusive access to movies, TV shows, music, Kindle e-books, Twitch Prime, and more.
> Get Started
Back to top
Get to Know Us
Make Money with Us
Let Us Help You
And don't forget:
© 1996-2020, Amazon.com, Inc. or its affiliates