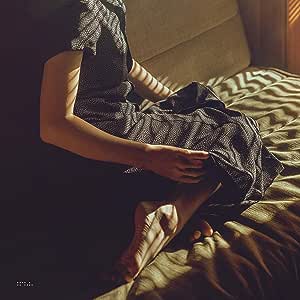 With a hugely impressive over a million combined album sales and over a billion streams under their belt, Tycho are the Grammy-nominated electronic music project led by Scott Hansen as primary composer, songwriter and producer. Respected for both their musical output and Scotts graphic design work, under the ISO50 moniker, Tycho has produced and released a hugely successful back catalogue which has drawn comparisons to the likes of Boards of Canada, Ulrich Schnauss and Jon Hopkins. The highly anticipated release of Tychos fifth studio album Weather is an exciting progression from his previous output, with most of the new tracks being vocal lead, while still retaining the signature Tycho sound. The sonic shift is enhanced by a collaboration with a young exciting new voice - vocalist Saint Sinner who will be joining the live band following her time in the studio. The release will see Mom + Pop partner for this exciting new chapter in the artists career. The new album will be supported by an extensive world tour in 2020 and a US Fall 2019 tour hitting major US cities and festivals to be announced soon.

Dustin Taylor
5.0 out of 5 stars Tycho's first collaborative piece, and it's great!
Reviewed in the United States on 19 March 2020
Verified Purchase
Weather, for me, is another display of Tycho's experienced users of ambient music. A collaborative album with female artist, Saint Sinner, the band delivers a indie release. Tycho is infamous for their relaxing, Airy, ambient, percussion sound, while never having actual organic instruments, such as singing. Only a year later, with Grammy success, Tycho released Simulcast, an extension without Saint Sinner of the album, Weather.

Weather is a 8 track list album, 29 minutes and 16 seconds long, with only two songs not featuring Saint Sinner. A collaboration album with another artist, but giving Tycho a chance to try something they've wanted to in the very beginning. For me, "No Stress", "Skate" and "Pink & Blue" are some of my favorite tracks. I'm happy to see Tycho broadening their ability in their music, and hope to see more collaboration in the future.

Overall: The indie exclusive vinyl is more of a see-through/clear vinyl pressing than the tan/white/egg white picture Amazon has provided. A single 12 inch LP, with download code sticker on the picture sleeve, which is handy, because you have less of a chance of losing it. The sleeve itself is a picture, and comes with your standard plastic lamination over cardboard case. Delivery was fine, and the record delivered was pristine.

J. Thomson
5.0 out of 5 stars Singing in Tycho? Yes Please!
Reviewed in the United States on 13 July 2019
Verified Purchase
Well I am a fan from the start and when I heard this was going to be the first Tycho album with vocals I was worried. Real worried. For a few months. Worried. Guess what??? Don’t worry like I did! It’s awesome!!! I love it!!! Get the vinyl!!! Sounds amazing!!!
Read more
One person found this helpful
Report abuse

msherid
1.0 out of 5 stars Vinyl is not 33 RPM
Reviewed in the United States on 19 September 2019
Verified Purchase
The vinyl is not 33 RPM, you need to spin it at 45 RPM. My record player doesn't have options to change the spin speed, so I had to return. Extremely disappointed, because I love this album. The description needs to be updated.
Read more
One person found this helpful
Report abuse
See all reviews
Get FREE delivery with Amazon Prime
Prime members enjoy FREE Delivery and exclusive access to movies, TV shows, music, Kindle e-books, Twitch Prime, and more.
> Get Started
Back to top
Get to Know Us
Make Money with Us
Let Us Help You
And don't forget:
© 1996-2020, Amazon.com, Inc. or its affiliates