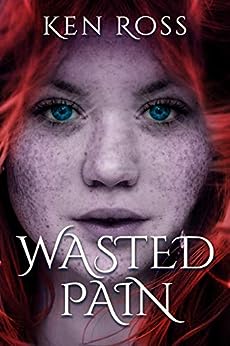 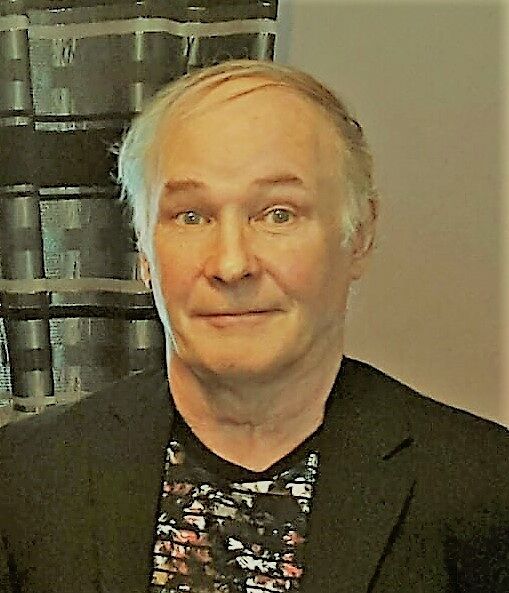 3.9 out of 5 stars
3.9 out of 5
88 global ratings
How are ratings calculated?
To calculate the overall star rating and percentage breakdown by star, we don’t use a simple average. Instead, our system considers things like how recent a review is and if the reviewer bought the item on Amazon. It also analyses reviews to verify trustworthiness.

Kindle Customer
5.0 out of 5 stars Reading
Reviewed in the United Kingdom on 7 April 2019
Verified Purchase
Great book got really into it
Read more
Report abuse

Amanda Adams
2.0 out of 5 stars Rated on my personal view only
Reviewed in the United States on 26 February 2019
Verified Purchase
"A man is never too old to chase young women."

This line is on page one. Also on page one, "ageing". Ken Ross's novel, Wasted Pain, is billed as contemporary romance and/or romantic comedy. As I read on, there wasn't a lot that I found comedic or romantic. "The guy", unnamed throughout the entire novel, has sexually crude thoughts more suitable for the villain of a story rather than the so-called romantic lead. And the female of the couple is as repulsive as he is! It's maddening because it is possible to have unlikable characters in a good novel, even as the main characters. I feel like this was a missed opportunity for Ross to create one of those novels.

In the summary it is stated this takes place in an American city but the author is clearly British, based on the use of terms like bloke and hostel and the incessant capitalization of Martini. I wouldn't care if it did take place in England so why the pointing out of the setting being America? If it is necessary to take place in America, use American terms.

Beyond the storyline, the text is filled with disjointed sentence fragments that cannot be explained away by claiming 'poetic prose', misspellings, missing words, repeated words... Editors are underrated and I'm saying that as a lover of reading, not just an actual editor. In the end, I see potential, I really do. I think I would enjoy the book that this could have been.

Mercedes Diaz
3.0 out of 5 stars A Good Read with Conflicting Feelings
Reviewed in the United States on 3 March 2019
Verified Purchase
It’s a will-they/won’t-they-story that’s strange and twisted. The characters are without a doubt entertaining, although they’re not remotely believable. Sure it’s plausible that a middle-aged guy could be kind of creepy and trying to find love, just as it’s believable that the girl who keeps everything about herself 110% private is prone to living on the streets and runs from someone who tries to help her. However, what starts ilke the beginning of a horror movie, transitions into a dry-humored, romance.

Now, this is my opinion. There was a lot of fantastic suspense, but there were many times where the attempted humor broke that feeling. The girl being so driven on keeping everything about herself to herself, and then her getting all this attention from a guy would seem so unbelievably sketchy, great for suspense building, then a joke would pop in.

There were a few other things that were a put off when reading. As an avid reader, it really doesn’t bother me when you see different spellings (UK/US English) or even a bit of slang from outside of the region, but it was off-putting having to transition from an internal monologue to a chunk of descriptive text rather frequently.
Read more
15 people found this helpful
Report abuse

John H. Manhold
3.0 out of 5 stars 4* Strangely interesting suspense romance(?) 3* ponderous narrative.
Reviewed in the United States on 27 February 2019
Verified Purchase
WASTED PAIN, a novel in e-book assumed to have been published, copyright and written by Ken Ross.
A man in his early fifties with an apparently unfortunate ability to attain any type of meaningful relationship with women hears a whimpering sound emanating from a dark alley while visiting the city where another computer-generated date has proved to be a disaster. Cautiously he proceeds to investigate and finds a very attractive, young female, seemingly probably in her late teens or early twenties huddled against the cold and alive but barely responsive. He picks her up, puts her in his car and takes him to his small suburban home. He really is a nice, moral guy who restores her to health. She is a complete enigma. She will not even tell him her name. Shortly thereafter, he awakens to find her gone. She calls him from the city a little while later. He picks her up and again they return to his home. These episodes continue with him gradually becoming more in love with her. The charade continues with the girl gradually gaining trust in the man who had not made any sexual advances and development of an intensely sexual relationship results that also waxes and wanes. The story continues with the reader constantly wondering if the two actually will be able to reconcile their differences until the very end when all is resolved in an unusual finale.
Discussion: This is an unusual tale that generates interest as to how it is going to terminate and is able to sustain the reader’s interest from this perspective. The author’s narrative is replete with knowledgeable description of how a protagonist such as presented would think and act/react in the situations presented. However, the material is presented mostly in large blocks of this descriptive verbalization with only rather sparse sections of dialogue introduced. This reviewer found much of the book ponderous reading at best, although stimulated to continue to discover how the relationship would end. A caveat must be included for the explicit sexually described sections.
Read more
9 people found this helpful
Report abuse

PaulBadger
2.0 out of 5 stars Painful
Reviewed in the United States on 4 July 2020
Verified Purchase
I should have read reviews before I spent a few hours with this story.

First, if you are going to explicitly state your book takes place in the U.S., don't talk about "pension books," " flats, " "pensioners," or capitalize martini. The writer is English, just set your stories where you know the lingo.

Second, good grief is the narrator/main character tedious and rather creepy. There is no way someone who knows romance novels calls this one. Christian Grey as less cringe-worthy.

Finally, it took 50 pages before I got the sense of a plot worth following, then discovered my sense was wrong.

Do not waste your life with this. Only reason it is not one star is because I reserve that for you the worst cases.
Read more
7 people found this helpful
Report abuse
See all reviews
Back to top
Get to Know Us
Make Money with Us
Let Us Help You
And don't forget:
© 1996-2021, Amazon.com, Inc. or its affiliates