Skip to main content
The Voyage of the Narwhal (Text Only) and over 1.5 million other books are available for Amazon Kindle . Learn more
Share <Embed> 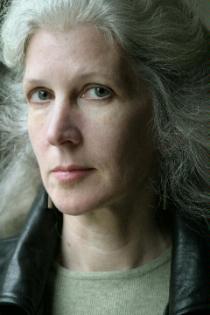 The Voyage of the Narwhal Hardcover – 1 March 1999

Page 1 of 1 Start overPage 1 of 1
Previous page
Next page
Start reading The Voyage of the Narwhal (Text Only) on your Kindle in under a minute.

nistercinder
5.0 out of 5 stars together with ship fever
Reviewed in the United Kingdom on 30 August 2013
Verified Purchase
loved ship fever and this is a great companion volume, andrea barrett is a polished literary performer in both texts
Read more
Report abuse

Mallory C.
5.0 out of 5 stars Barrett does it again!
Reviewed in the United States on 5 August 2018
Verified Purchase
After reading Andrea Barrett's "Servants of the Map" and "Ship Fever" I was excited to read one of her full-length novels. As usual, Barrett weaves science and history into the lives of truly flushed-out characters in a way that is neither pretentious or cumbersome.

I won't explain the plot of the novel as it is in the description and others have already outlined it far better than I could. But I will address one of the complaints I've noticed in other reviews: Many people said that the "action" ends sooner than expected and that the last hundred or so pages of the book are lacking. I, personally, didn't have this issue. While it's true that the story extends beyond the voyage itself, I found the end of the book as compelling as the beginning and middle parts. In fact, I think for the main characters' storylines to come to a satisfying end, the last hundred pages (after the journey's conclusion) were necessary.
Read more
One person found this helpful
Report abuse

karen
5.0 out of 5 stars Really good historical fiction
Reviewed in the United States on 4 July 2020
Verified Purchase
This book was well researched and included excerpts from original letters from many men and women of that time.
The author represented a woman's view of her life while her husband was at sea. She also gives a good account of life on ship - the hardships and what happens when the captain makes poor decisions. A really good read and
well written.
Read more
One person found this helpful
Report abuse

jane arc
3.0 out of 5 stars Sappy, diffuse, soap-adventure-opera.
Reviewed in the United States on 14 June 2000
Verified Purchase
I found this book in Amazon's "Authors Recommendations." I had been looking through the classics, and purchased this with _The Old Man and the Sea_, and _Catch-22_.
The book was not a particularly enthralling read. The writing is in simple, rigidly-structured sentences. Very reminiscent, in fact, of Bram Stoker's _Dracula_. The author makes mention in her notes at the end of the book that the myriad "diary entries" and "letters" and "journal entries" are a historical point; that much history was recorded in such items. However, because of the extensive use of these tools, the book takes on a tangled third-person viewpoint which, while not particularly confusing, dilutes the book. Many characters are developed, their plights learned, and their struggles fleshed out, but only as much as the rest of the characters and the book suffers for it.
Additionally, the book is reviewed and portrayed as an adventure saga. In that regard, it is over within the first 250 pages. The book simply drags on... and on... and on.
I think this would be an appropriate high school sophomore text, but is clearly not a book for a sophisticated reader looking for stimulating entertainment.
Perhaps the abridged audiobook would be more fulfilling. I gave the book three stars because two was simply too harsh a rating.
Read more
7 people found this helpful
Report abuse
See all reviews
Back to top
Get to Know Us
Make Money with Us
Let Us Help You
And don't forget:
© 1996-2021, Amazon.com, Inc. or its affiliates