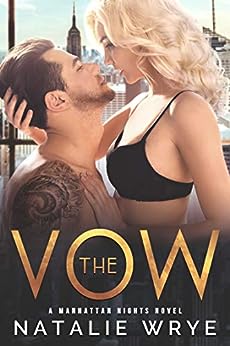 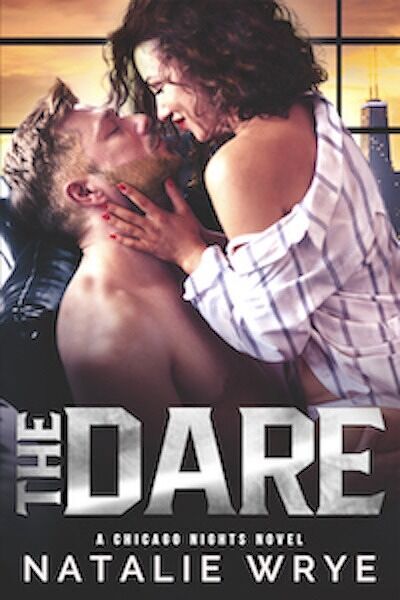 Natalie Wrye writes sexy, suspenseful stories about hard-bodied, take-charge heroes, the strong-willed women who crave them, and HEAs worth rooting for. A notebook hoarder whose books have been featured on USA Today's HEA and PopSugar, she enjoys reading, drinking tequila, watching Netflix reruns, and yelling at college basketball games on TV. For more information, visit NatalieWrye.com.

Patrick Zeller is an actor, writer, and producer who received his bachelor's degree in theater from Emerson College. He went on to acquire a master's degree in dramatic arts from The Old Globe and University of San Diego Shiley Graduate Theatre Program. When not working, he enjoys Irish folk music, running marathons, and considers himself an amateur Brew Guru.

Rachel L. Jacobs is an experienced actor, singer, and voice artist based in Los Angeles. She received her BA in theater from Oberlin and did intensive studies with the American Conservatory Theatre, the National Theater Institute, and Shakespeare & Company. A former resident performer with the California Theatre Center, she has dubbed live-action shows, voiced characters for cartoons, and narrated numerous audiobook titles. --This text refers to the audioCD edition.

4.0 out of 5 stars
4 out of 5
393 global ratings
How are ratings calculated?
To calculate the overall star rating and percentage breakdown by star, we don’t use a simple average. Instead, our system considers things like how recent a review is and if the reviewer bought the item on Amazon. It also analyses reviews to verify trustworthiness.

Rosie
TOP 100 REVIEWER
4.0 out of 5 stars My best friend's brother
Reviewed in Australia on 13 April 2019
Verified Purchase
I loved this story about a couple who had been together years ago. Brett had been Elsie's first everything, and she loved him, but she wanted to hate him, too. Because he couldn't handle love when he was so young, so he let her go.
Now that they are more mature, they can admit to their feelings. If you keep reading you will find an epilogue which caps off the story.
Adult content.
Read more

4.0 out of 5 stars My best friend's brother
By Rosie on 13 April 2019
I loved this story about a couple who had been together years ago. Brett had been Elsie's first everything, and she loved him, but she wanted to hate him, too. Because he couldn't handle love when he was so young, so he let her go.
Now that they are more mature, they can admit to their feelings. If you keep reading you will find an epilogue which caps off the story.
Adult content.

Kaye Melilli
4.0 out of 5 stars Good
Reviewed in Australia on 10 September 2019
Verified Purchase
I enjoyed this book alot. Can’t wait to dive into book 2. As a new author to me I was pleasantly surprised with the writing style and the character development.
Read more
One person found this helpful
Helpful
Report abuse

Karen Sedg
TOP 1000 REVIEWER
4.0 out of 5 stars Great Read!
Reviewed in Australia on 6 September 2020
Verified Purchase
I enjoyed The Vow this was a second chance at love romance with some ups and downs! Elsie has been in love with her best friend's brother for 7yrs! I enjoyed Elsie & Brett's journey! Loved the other characters!
Read more
Helpful
Report abuse
See all reviews

Vikki J
1.0 out of 5 stars Awful. Don't waste your time
Reviewed in the United Kingdom on 15 April 2019
Verified Purchase
Wow.... Where to start. I honestly think the people that rated it 5 stars must have read a completely different book to the one I read. The story took a long time to get interesting. There was so much back and forth between the two main characters, but of no real substance. Some of the chapters I felt seemed to end mid sentence, then the next chapter would pick up with a different character at a different time to the one you just read. It didnt flow at all and even as someone who literally inhales books and reads A LOT I really struggled to read it. The plot of the book is the typical sisters best friend second chance and would have been good if it was written better. I'm just glad it was free. There are better novels of this plot out there. I really wouldn't waste your time with this one. Safe to say i won't be reading any more of this author's books.
Read more
4 people found this helpful
Report abuse

Woody
3.0 out of 5 stars Easy read but lacked development
Reviewed in the United Kingdom on 15 April 2019
Verified Purchase
This was the first story by this author that I’ve read, and I wasn’t sold by it! I don’t always leave reviews, but as it would appear that I’m in the minority, I thought I’d share.
The premise of the story was good but unfortunately I’ve read better. There were a couple of storylines within the story that seemed to be in there for padding only, but had they been developed, the book could have been better. I kept reading purely to finish in case it got better, but it didn’t. As an ‘easy read’ it was ok. I got this as a free download.
Read more
Report abuse

Pange
2.0 out of 5 stars Nothing special.
Reviewed in the United Kingdom on 25 July 2019
Verified Purchase
This could have been so much better than it is. I think it tried to be a sort of 'Wait for it!' story but I feel like I'm still waiting. It was all over the place and was very much stop, start with no real flow. Very wordy just for the sake of it and that was a major distraction. I don't like having to decipher what the author is trying to say.
2 stars for the story idea and the effort taken to write it. If the book had a decent edit it could be a really good read. I won't be reading the other books in the series based on this one.
Read more
One person found this helpful
Report abuse

Steffi
4.0 out of 5 stars A rainy day read
Reviewed in the United Kingdom on 28 April 2019
Verified Purchase
Had this on my Kindle a while, and decided to spend an extremely wet Saturday reading it, well inbetween feeding the children. It had an Addictive start but gets a bit maudlin for a few chapters and you do wander where the story is going to take you. Regardless it's a second chance romance with lots of twists in the story. The main characters Brett and Elsie are both trying to make it and become successes in their respective fields but there are people who have other agendas and trampling their dreams are part of it. Brett and Elsie make it, only just, but you know there will be more to this story.
Read more
Report abuse

Jo
1.0 out of 5 stars Wish I hadn't bothered
Reviewed in the United Kingdom on 15 June 2020
Verified Purchase
Was a freebie so I'm glad I didn't waste any of my money on this. I have never read such an unstructured book, the story line is all over the place and in a lot of places downright unbelievable. There is no real substance between the main characters and none of the supporting cast are that well rounded either, so much so I kept losing track of who was who. I cannot think of anything worse than reading one follow on book let alone another four. If I could give it zero stars I would.
Read more
Report abuse
See all reviews
Back to top
Get to Know Us
Make Money with Us
Let Us Help You
And don't forget:
© 1996-2021, Amazon.com, Inc. or its affiliates