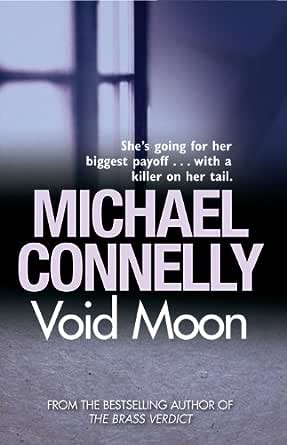 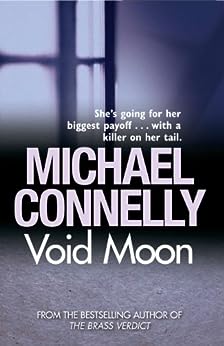 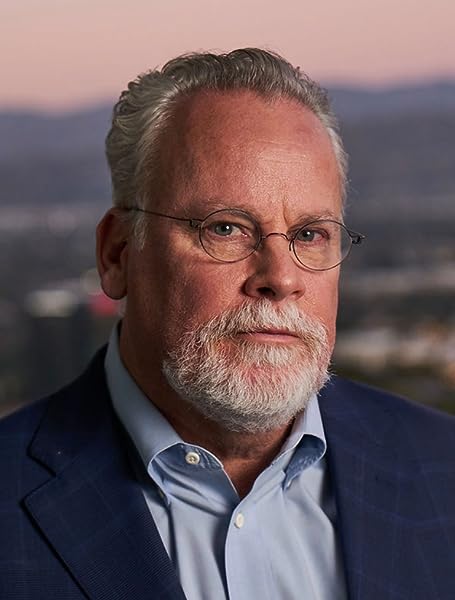 
"Connelly is raising the hard-boiled detective novel to a new level...adding substance and depth to modern crime fiction."
--Boston Globe


"Michael Connelly is one of those masters...who can keep driving the story in runaway locomotive style."
--USA Today


"The best mystery writer in the world."
--GQ --This text refers to the mass_market edition.

Michael Connelly is the author of twenty-nine novels, including #1 New York Times bestsellers The Wrong Side of Goodbye and The Crossing. His books, which include the Harry Bosch series and Lincoln Lawyer series, have sold more than sixty million copies worldwide. Connelly is a former newspaper reporter who has won numerous awards for his journalism and his novels and is the executive producer of BOSCH, starring Titus Welliver. He spends his time in California and Florida. --This text refers to the mass_market edition.

The new thriller from the bestselling author of Angels Flight, Void Moon brings us Michael Connelly's most appealing hero yet: a woman caught up in a scam that may cost her the one thing she holds dearer than her own life.

Cassie Black is lured back to a profession she'd left behind - robbing casino gamblers of their winnings - by a setup that looks too good to pass up. Her work goes as planned, except that the mark has too much money - so much that someone very powerful must be very angry. Cassie soon finds herself running from gunmen who somehow know her every move in advance. They also seem to be closing in on Cassie's most guarded secret, the one thing that could have caused her to return to crime - and the one thing she will do anything to protect.

Written with the fiery pace and brilliant plotting that have made bestsellers of Angels Flight and Blood Work, and featuring one of the strongest heroines to come along in years, Void Moon is Michael Connelly's most original and surprising novel yet. --This text refers to an alternate kindle_edition edition.
Read more

4.4 out of 5 stars
4.4 out of 5
1,486 global ratings
How are ratings calculated?
To calculate the overall star rating and percentage breakdown by star, we don’t use a simple average. Instead, our system considers things like how recent a review is and if the reviewer bought the item on Amazon. It also analyses reviews to verify trustworthiness.

George Bognar
5.0 out of 5 stars A Sleeper
Reviewed in Australia on 1 March 2020
Verified Purchase
Fancy that! A Michael Connelly book that I wasn't aware of and one that has nothing whatever to do with Harry Bosch. A bit slow, at first and hard to get into, but I persevered and then it was as if someone had flicked the switch and we were into overdrive. Loved it. Some unanswered questions and loose ends with the ending, but then that may indicate another novel and a Cassie Black series. Loved how the bad guys got their comeuppance. An excellent read.
Read more
One person found this helpful
Helpful
Report abuse

Colin McKenzie
5.0 out of 5 stars Great read and exciting to the end
Reviewed in Australia on 3 September 2018
Verified Purchase
Have read a lot of Michael Connelly's books, and this one is up there with the best. An easy read, action packed with an ending I did not see coming.
Read more
2 people found this helpful
Helpful
Report abuse

Allen T. Barnett
5.0 out of 5 stars Best yet
Reviewed in Australia on 27 June 2017
Verified Purchase
I thought the Bosch books could not be bettered,but this one sure did! Non stop excitement and impossible to put this story down
Read more
Helpful
Report abuse

joanne aitken
5.0 out of 5 stars Wow !!
Reviewed in Australia on 15 August 2017
Verified Purchase
Right from the very first page. Very exciting . So well written. Enjoyed every minute.
The kind of book you can't put down

Chardonnay Bob
5.0 out of 5 stars Void Moon is another great story by Michael Connelly
Reviewed in Australia on 15 April 2014
Verified Purchase
Brilliant. Michael Connelly is on my list of must read authors. It has all the elements of previous novels with an exciting female heroine
Read more
One person found this helpful
Helpful
Report abuse
See all reviews

Paul S
5.0 out of 5 stars An absolutely terrific crime thriller and something just a little different from Michael Connelly.
Reviewed in the United Kingdom on 4 August 2018
Verified Purchase
Void Moon may be quite a surprise to many people who have read Michael Connelly's other crime novels. Why? Well, unlike most Michael Connelly novels this one does not feature either Harry Bosch or Mickey Haller. The format is also different as it is not a police procedural novel. The central character is Cassie Black, an ex-con out on parole. In addition, I also have an impression that that the body count in this novel is somewhat higher than that usually seen in the Bosch / Haller novels.
However there are many familiar elements that fans of Connelly's other novels will recognise & expect: (1) it is set in Las Vegas and Los Angeles, (2) it has a clever and intricate plot, (3) it has some terrific, if not particularly lovable, characters, (4) themes relating to the importance of truth and justice & (5) numerous twists and turns in the plot and, as it unfolds, pacing & tension that become almost unbearable as the story hurtles towards a dramatic climax.
So, if you decide to read this novel (and I would certainly recommend it to you if you enjoy crime thrillers) do not be put off by its rather slow start. I had thought of giving up on it when I was about a quarter of the way through but I am glad I didn't because shortly after this mark the pace and tension ratchets up considerably ... and then doesn't let up until the end. In short, this is another terrific crime thriller from the master storyteller, Michael Connelly.

Kindle Customer
5.0 out of 5 stars Excellent
Reviewed in the United Kingdom on 3 February 2019
Verified Purchase
Wonderful book. Not Harry Bosch this time but of an equally high standard. Cassie Black is an ex com out on parole working for a high end bar dealership. She needs a great deal of money to start a New life with the young daughter she had to give up when she went to prison. Through her old contacts an opportunity arises to Rob a high roller in a Lad Vegas casino. Obviously not all is as it seems at not everything goes to plan. Wonderful plot populated by a lot of colourful characters, mainly in wrong side of the law. Not sure if there is another Cassie Black book there but if not there should be.
Read more
Report abuse

Amazon Customer
5.0 out of 5 stars Great read
Reviewed in the United Kingdom on 23 February 2020
Verified Purchase
Cleverly portrayed as someone bad who you have empathy with this is a gripping story. A zealous damaged cop who doesn't know right from wrong wreaks havoc and murders innocents to get to his target, a list and corrupted soul;against a backdrop of behind the scenes Vegas corruption the actual villain is someone with a heart and a small child and a good soul. Glad it ended the way it did.
Read more
Report abuse

R. Pates
5.0 out of 5 stars Michael Connelly continues to thrill
Reviewed in the United Kingdom on 27 July 2020
Verified Purchase
After what I thought was a slow start to this book, I realised that this was background to the story. I had to put the book down one night, as I could not bear to read what may be happening next. Another night, I had to keep reading till really late, as I had to know what happened next. Michael Connelly NEVER disappoints
Read more
Report abuse

Michael Watson
4.0 out of 5 stars Lose some, win some
Reviewed in the United Kingdom on 26 October 2013
Verified Purchase
Having been hooked on Harry Bosch for so long, it's easy to overlook the stand alone books which this author turns out quite regularly.

Though written a dozen years ago, this story still packs a punch in the shape of Cassie Black, sometime Casino thief, lover of another such, Max, and ex-con for both the previous reasons.

She has a plan, one which you know will never work but Cassie is determined to see it down to the last hurrah. She appears to be a high-tech roller which is where, for me, I part company with the 5th star award. There is just too much infuriatingly involved detailing of all the gadgets she has and needs to pull off this one-time heist. Further, it gets worse when the author also details how she uses them to break in, break out, do the job and flee. Pity, then that such an accomplished expert leaves behind an obvious clue.

And it is this clue which starts a trail, soon to be sniffed out by one, Jack Karch, psychopath, amateur magician and generally an all round decidedly bad egg with an eye to gaining a big promotion with his overbearing boss. Unfortunately, with a little help from the author, he's soon on to Cassie leading to an explanation of Cassie's plan, Cassie's dilemna as to whether she can carry it out to the end and a finale which will, ultimately determine whether she can anyway.

A good story, good characters, just too much detail in parts.