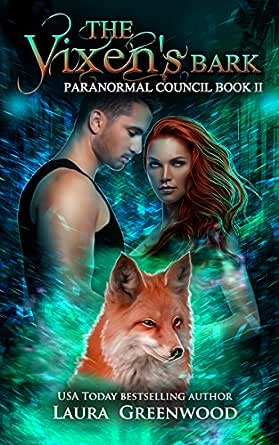 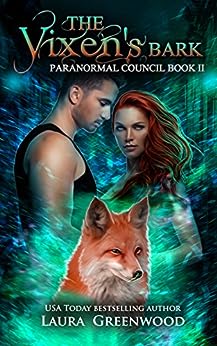 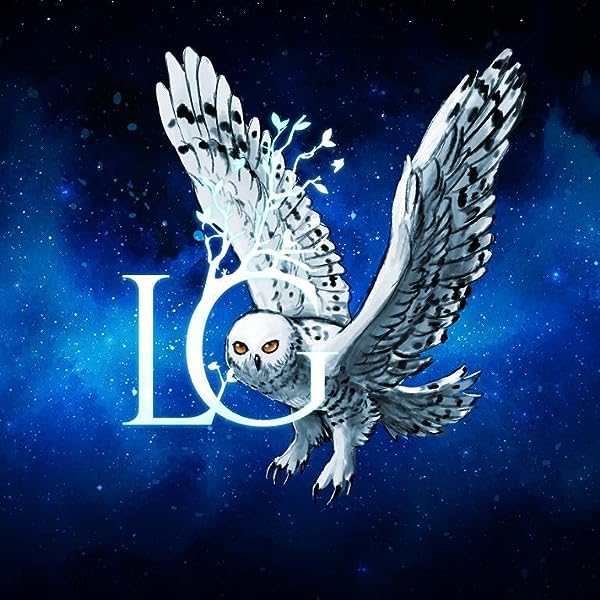 Michelle Chantler
4.0 out of 5 stars Our similarities.
Reviewed in Australia on 15 November 2019
The Vixens Bark.
By Laura Greenwood.

This has to be one of the first paranormal romance novels, that I have read that focuses on how important a fated mate is to a shifter, even if their mate is not their species.
Ms Greenwood has created a wonderful storyline giving us the perfect example of how tough it can be within the shifter community, when your mate is somewhat different to you or is not what is expected.
Giving us the perfect opportunity to understand how much a person’s family can influence or effect many of the choices that we make or consider when it comes to finding your other half. As Ari dwells on how her family, especially her mother might feel knowing that her mate doesn’t fit what her mother would consider as a suitable partner.
Bjorn who is looked upon as being closed and somewhere gruff, in his personality, gets knocked off his feet by the strong willed women he is deeply attracted to.
Finding himself becoming an open book to this intriguing cheeky women, he suddenly realises he wants his life to revolve around Ari, to keep her happy and smiling.
Even as shifters, bias attitude's can deeply affect what is important to you, so Bjorn and Ari find that life can throw numerous situations at them that they must learn to deal with, and balance out what is priority to them as a couple
It’s the differences within each other that highlights the depth of love they have for one another.
I found this storyline to be extremely well thought out showing us how closely related the problems we face daily, can be experienced no matter who we are.
Grab your copy today and enjoy what these two lover’s have to face together.

Caroline Doig
TOP 50 REVIEWER
5.0 out of 5 stars A fantastic story.
Reviewed in Australia on 26 November 2018
I received a copy of this book from Booksprout and I voluntarily leave my review.
The Vixen’s Bark is book 2 in the Paranormal Council series and I loved this story. Arabella a fox shifter is on the shifter council and she has been in love with Bjorn a bear shifter for years, but if she were to make it known about the both of them then she will lose her place on the council and she has no intentions of ever letting that happen. Bjorn is in love with Arabella his fox shifter and now he knows the truth about how she really feels he will gladly give up everything for her even his seat on the council. I loved this story about this bear shifter who will do anything for his true mate, I so want a Bjorn in my life. A fantastic story and I highly recommend this book it’s definitely well worth the read.
Read more
Helpful
Comment Report abuse

Rosemary Hughes
TOP 500 REVIEWER
5.0 out of 5 stars Are they true mates?
Reviewed in Australia on 25 June 2017
It's hard to go against what you are brought up to expect, to perhaps place your status in jeopardy, for the person you believe you love. This is the basis of this story, two members of the shifter's council having been "seeing" each other for 6 months. Being shifters, they are feeling compelled by their natures, and yet they jeopardize their council seats as well as otjers things, if their liason becomes public.
So, what do they do?? Is their need to formalize their bond by the bite, meaning that they are true mates??
I won't give away a good story, one worth reading.
I voluntarily submitted this review after reading an advanced copy of this book.
Read more
Helpful
Comment Report abuse

Anne Dwyer
TOP 500 REVIEWER
5.0 out of 5 stars Great!
Reviewed in Australia on 11 November 2018
Ari and Bjorn want each other - but if they mate, they will lose their seats on the Council. Bjorn is a PI, and Ar a solicitor. But the problem is that Ari is a fox, and Bjorn a bear - will her family ever accept him? Or will she sacrifice her family for love? Although part of a series, this story is complete in itself, and I loved it!

Lynall
TOP 500 REVIEWER
5.0 out of 5 stars Fantastic story
Reviewed in Australia on 31 December 2018
This is a lovely story with a strong female character and an adorable male bear who loves her. The whole book made me smile. I loved how Bjorn gave up his council position and found a way for Ari to keep hers. Just a fabulous feel good romance

Emily Pennington
4.0 out of 5 stars Changing the Rules
Reviewed in the United States on 5 March 2019
Verified Purchase
Ari’s mom was pushing her to settle down and have a nice litter of foxes, especially once she heard that Ari would lose her position on the Shifter Council if she mated. But it was important to her to have the power to change things for the better. That was why she had become a lawyer and why the Council position mattered so much. Currently she was having an affair with a bear shifter, Bjorn, and Ari wanted to keep this secret. He was also on the Council and wanted her to be his mate. He was willing to do anything or give up anything for her happiness. But she refused to give up the Council. It was getting more difficult for them to keep control of themselves when around each other. Every time they were together, they risked getting caught. Furthermore, Ari knew her traditional family – specifically her mother -- would never accept a bear shifter.

Bjorn decided to do what he could for Ari, so he contacted a friend about possibly changing the Council rules so that shifters could be mated. That goal matched Aella Dentro’s goal to bring the Council into the modern age, so she was meeting with Bjorn about it. Aella thought it could be changed in a matter of weeks. Sure enough, Bjorn strode into the Council meeting late and confidently told them he had been before the High Council and had a decree: “The High Council has decreed that as of today, Council members can retain their seats once mated.” Bjorn had gotten what he wanted for Ari! But she had been in a terrible mood and assumed his joy meant he was happier without her! Then he resigned since the High Council had said one of a mated pair could be on the Council. Ari suddenly realized while she had been refusing to see him, he had been fighting for their future! Would Ari fight just as hard to have her mother accept Bjorn into their family? Or was his sacrifice all for nothing?

This was a cute story. Bjorn was such a sweetheart, willing to give up anything for the woman he loved. Ari, on the other hand, was so stuck on her own idea of doing something worthwhile that she totally ignored what her stubbornness was doing to Bjorn. I was not pleased with her focus on “doing something good” to the exclusion of being aware of how she was affecting those around her. He should have been her first priority, and she hadn’t even told him her mother would be a problem for them. So there is more coming and you should definitely grab your copy to find out how this works out!
Read more
Report abuse

MagicWaits
4.0 out of 5 stars 4 stars
Reviewed in the United States on 8 May 2017
Verified Purchase
I love the hero and I like the heroine even if she seemed a little self centered to me. She was a strong woman who loved her man so I can forgive her. Did I mention I adore the hero, he's ridiculously sweet and I wanted to keep him.
***I decided to review an ARC of this book.***
I was given an ARC (hence the tag) but I had already purchased a copy and had planned to read it. :)
Read more
Report abuse

Babs
4.0 out of 5 stars The Vixen's Bark
Reviewed in the United States on 1 January 2019
Verified Purchase
Book Two in the The Paranormal Council series a well-written short book I enjoyed reading. Arabella and Bjorn's story held my attention until the last page. I received a copy of this book via Booksprout and I also bought it.
Read more
Report abuse

Kandice C.
5.0 out of 5 stars Thoroughly enjoyable
Reviewed in the United States on 3 January 2019
Verified Purchase
I found this book to be thoroughly enjoyable. It has a great combination of mystery, suspense, romance and drama