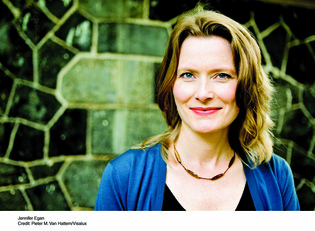 Page 1 of 1 Start overPage 1 of 1
Previous page
Next page
Start reading A Visit From the Goon Squad on your Kindle in under a minute.

3.9 out of 5 stars
3.9 out of 5
1,655 global ratings
How are ratings calculated?
To calculate the overall star rating and percentage breakdown by star, we don’t use a simple average. Instead, our system considers things like how recent a review is and if the reviewer bought the item on Amazon. It also analyses reviews to verify trustworthiness.

Kiki M.
2.0 out of 5 stars Looney Goon Squad
Reviewed in Australia on 6 June 2018
Verified Purchase
One of the most (unnecessarily) complicated books I have ever read. So enjoyed Manhattan a beach but this! Lots of stories about people I could not care less about-just because the story & connections had to fit. The diagrammatic chapter was skipped in its ridiculous entirety. Very disappointing.
Read more
Helpful
Report abuse

Codydog1
2.0 out of 5 stars Different
Reviewed in Australia on 9 January 2017
Verified Purchase
I liked the fact that it was different. But I lost concentration and drifted away at times because I thought it waffled on a bit.
Read more
Helpful
Report abuse

Jennifer
TOP 10 REVIEWER
4.0 out of 5 stars `Time's a goon, right?'
Reviewed in Australia on 23 December 2013
The novel is a collection of short stories which are related to Bennie Salazar, an ageing former punk rocker and record executive, and his assistant Sasha. Each story (chapter) is told by a different person, in first, second or third person and takes place at different times and different parts of the world. And time is the key to this novel: we readers are observing the lives of people who wonder what has happened, where have the years gone, and how they could have passed so quickly? The lives of Bennie and Sasha touch on a number of different levels. While Bennie and
Sasha have known each other for a long time, they do not really know much about each other. We come to know them through the various stories told in the novel.

We meet many of the characters both as teenagers and then as adults and see that although life has moved in often unexpected directions, the desire to belong is still constant. Seeing Bennie Salazar's life from a number of different perspectives provides a series of links between the past and the present for both Bennie and those characters.

We meet Bennie Salazar at a low point in his adult life. Bennie is divorced and is struggling to connect with his nine-year-old son -- and then revisit him in 1979, at the height of his youth, enjoying San Francisco's punk scene, discovering his passion for rock and roll.

We first meet Sasha in her mid-thirties, on her therapist's couch in New York City, confronting her long-standing compulsion to steal. Later we see her as the child of a violent marriage, then as a runaway living in Naples, and then as a college student trying to avert the suicidal impulses of her best friend.

Somehow it seems fitting that there is a journal presented as a PowerPoint presentation towards the end of the novel: modes of communication and presentation continue to evolve, even as Bennie bemoans the state of digital technology.

I admired the structure and presentation of this novel, and enjoyed the way in which Ms Egan presented the lives of Bennie and Sasha. Some music and art may prove to be immortal: the people who create it are not. Time's definitely a goon.

tim
1.0 out of 5 stars Both me and my wife struggled with this book
Reviewed in the United Kingdom on 31 March 2019
Verified Purchase
I bought the book as a present for my wife based on the reviews. It sounded interesting. It wasn't.
I consider it as a series of cameo scenes viewed in a confusing, disjointed timeline. I managed to finish it by speed reading the last third of the book in an hour, ignoring anything that didn’t hold my attention.
There are occasional sequences that have a point and tell a short story but unfortunately, they are overly diluted by quantities of dialogue that offer little by way of reward.
Perhaps this book is for the highly literate and academic who can appreciate the intricacies of the style and technical skills of the author. If you want a book that has a decipherable story that flows logically and holds your attention, I suggest looking elsewhere.
Read more
11 people found this helpful
Report abuse

Primordial
3.0 out of 5 stars Stick with it!
Reviewed in the United Kingdom on 5 December 2017
Verified Purchase
This book was recommended to me by a friend with great taste in books - it wasn't until I'd completely finished and digested it that I appreciated what they'd seen in it. My advice is to stick with it, if you can then you're rewarded with a complete story that spans decades and weaves though the lives of complex characters. What's really missing from this book is a decent blurb, or maybe I should have better read the description before buying (or checked out the very detailed wikipedia entry!).
For a good part of the book I read with no idea what the story was, not because it wasn't well written and engaging, but because characters appeared and disappeared throughout each bringing with them their own goals and storylines. As the book progresses you get fully fleshed out backstories for a few of the characters, but always from different perspectives. I would have easily read another few hundred pages about La Doll, or Jules.
It's certainly innovative, and I think that on the whole it works as a novel - but I could have done without the 80 page PowerPoint presentation, which covers the eventual settling of the Sasha from the very first chapter.
Read more
13 people found this helpful
Report abuse

Amazon Customer
5.0 out of 5 stars A step-changer; deceptively easy read
Reviewed in the United Kingdom on 12 July 2017
Verified Purchase
Intelligent, accessible, contemporary - fast paced rollicking tales of the other lives we've all lived, unknown to our closest friends, family, lovers - the layers of inter-connection, near misses and surprising hits. Egan writes confidently with truly delightful, spot-on descriptors, fresh metaphors and cultural insight. It's an easy read, and one to read again, perhaps more slowly, in the future. Will deffo pass on to my brighter mates.
Read more
7 people found this helpful
Report abuse

hextol
3.0 out of 5 stars hard work
Reviewed in the United Kingdom on 6 April 2021
Verified Purchase
this was on my kindle for some long time before I got round to reading it even though it had rave reviews.

clearly had some prentiment of what was to come. it is a very clever book but really demands a second reading just to sort out the tim-line and work out the individual stories. I only read for about ten minutes before sleep so it may be partly my fault but it comprises a series on loosely linked vignettes so it is a bit like a jig saw puzzle. some bits are excellent and overall she writes beautifully but it never engaged me to the extent neccessary to undertake the thing from the start again.
Read more
Report abuse

Bianca D.
5.0 out of 5 stars Surprisingly awesome
Reviewed in the United Kingdom on 19 May 2020
Verified Purchase
I was recommended this book by a friend and I wasn't disappointed. In fact, I only expected to like the book, but I fell in love with the writing style and the imagery and the metaphors. The author really captures the spirit of the characters and divulges in to some rather interesting backstories which overlap throughout. Worth a read if you're a musician too, probably a lot of relatable moments
Read more
Report abuse
See all reviews
Back to top
Get to Know Us
Make Money with Us
Let Us Help You
And don't forget:
© 1996-2021, Amazon.com, Inc. or its affiliates