Visions of Liberty and over 1.5 million other books are available for Amazon Kindle . Learn more
Share <Embed> 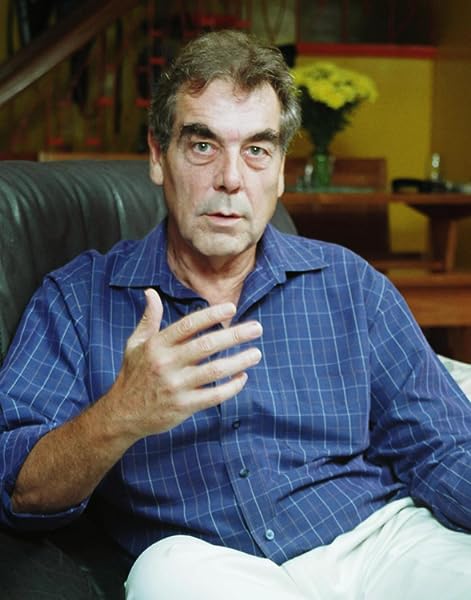 Start reading Visions of Liberty on your Kindle in under a minute.

"Sheer enjoyability . . . a fine mix of stories provokes everything from meditation to laughter."

Doc
4.0 out of 5 stars A very nice anthology of sf stories
Reviewed in the United States on 15 October 2004
Verified Purchase
The stories collected in this book all center in some way around a central concept of society in the absence of official government. In nearly all cases, the inertia of societal mores leads to a moral and just society, despite a lack of officialdom to enforce laws, of which there are none.

Lloyd Biggle, Jr.'s "The Unnullified World" showcases the difficulties encountered by an interstellar investigator trying to track a murderer on a planet lacking a government. The majority of characters are involved with mining, either the actual process or among the ranks of the corporations which fund them. The manner in which the population deals with the killer is somewhat interesting.

"The Right's Tough" by Robert Sawyer shows what happens when relativity plays a part in people's perspectives. A long-absent team of space explorere returns to an Earth centuries after leaving it, to find that government no longer exists. Every person is connected from childhood to a central computer which tracks the manner in which they interact with others, alerting people, for example, when a pickpocket grows near. The problems these astronauts encounter seem very much not in character with those who should hold such heroic posts, in my mind, with an unsatisfying conclusion to a good story concept.

Mike Resnick and Tobias Buckell's "The Shackles of Freedom" shows what a future Amish community located on another planet might be like, through the eyes of a modern-trained physician working among them. His knowledge and capabilities are hampered by the locals' beliefs, forcing him to rely upon ancient methods only. This story is very well-done, I thought, and I liked it a lot. Good inner conflict of the protagonist.

Brad Linaweaver's "A Reception at the Anarchist Embassy" is a strange story about troubles on a government-free world trying to resist influence from the United Planets. I was not terrbly impressed with this story, as it seemed to me to be intended primarily to deliver the closing line. The story itself seemed less than the others in the collection.

Michael Stackpole's "According to Their Need" is the newest in his Purgatory Station series, even though it does not occur on the station. The main character of this series of stories is visiting a friend on a retirement planet which is free of officials. There are strenuous requirements to become a citizen, even for a short time, which have been violated. The friend was formerly a police investigator, and she must reassume that mantle to solve a murder and disappearance as there is no parallel on the world. There is something of a cheat, I thought, near the end that Stackpole does not usually resort to, but I thought that most of the story was a good one.

Jane Lindskold's "Pakeha" takes place on New Zealand, after the cessation of government throughout most of the world after a severe technological regression. An immigrant who previously relied upon brawn and might must attempt to integrate himself into a community of give and take, but he is reluctant to give despite expecting others to do so. I thought the story started well and slowed down, and the end was not unexpected, but I liked the story a good deal overall.

"Devil's Star" by Jack Williamson has a new member of the Terran Republic military thrust into a strange circumstance of infiltrating a world with whom contact was lost. This ex-prison planet has been left alone for quite some time and has developed the technology to visit space again. The young agent is sent to discover the making of this society and how the Terrans might reassert their control over it. Things get hairy when he falls in love with a native girl and decides that he prefers the non-authoritarian rule of the world to that of Terra. This was another good story from the Grandmaster.

Mark Tier's "Renegade" shows us what life in the US might be like after the fall of the government and the change of the US military to a large mercenary organization. A murderer has escaped the bounds of being tracked by severing all ties to insurance agencies, who want him caught to pay up for killing their client. The story is told from the perspective of an insurance investigator who is in pursuit of the murderer. This is a great and fun story by the co-editor of the book.

"The COlonizing of Tharle" by James Hogan is another story about a planet that is being re-contacted by Terran authorities. Society here has taken a strange turn, as people try to keep the economy balanced personally, not so much globally, buy upping prices to what they can afford while merchants try to reduce prices to as little as they need. A young officer from the Terran ship falls for a local girl and decides he likes their society better. Not a bad story, but on the heels of Williamson's it seemed a bit like a re-run.

Overall, while there are some typos and grammar errors and the like in this book, I liked it a lot and would not hesitate to recommend it to someone who enjoys reading sf short stories.
Read more
11 people found this helpful
Report abuse

Michael Valdivielso
5.0 out of 5 stars Great short stories by great authors.
Reviewed in the United States on 15 July 2004
Verified Purchase
Ten stories of freedom and liberty by award winning authors, such as James P. Hogan, Robert J. Swayer, Michael A. Stackpole, Jack Williamson, Michael Resnick, and much more. If you are a fan of any of this authors, are a libertarian at heart, or enjoyed any of the other collections, such as 'Free Space' or 'Give Me Libery' then this IS the book for you. Or if you just enjoy good science fiction this is STILL the book for you.
Read more
3 people found this helpful
Report abuse
See all reviews
Back to top
Get to Know Us
Make Money with Us
Let Us Help You
And don't forget:
© 1996-2021, Amazon.com, Inc. or its affiliates