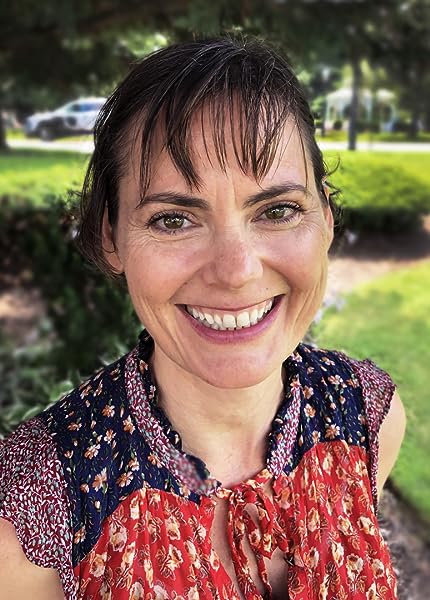 Sarah grew up on Long Island and went to college in Waterville, Maine, where she published her first story, SICK PEOPLE. She got her MFA in creative writing from Columbia University, and currently lives in Brooklyn, New York. In addition to writing novels, she is also pursuing her Master's in Environmental Health Science/Toxicology at New York University.

4.0 out of 5 stars
4 out of 5
47 global ratings
How are ratings calculated?
To calculate the overall star rating and percentage breakdown by star, we don’t use a simple average. Instead, our system considers things like how recent a review is and if the reviewer bought the item on Amazon. It also analyses reviews to verify trustworthiness.

Dantel
2.0 out of 5 stars Wrong genre?
Reviewed in Germany on 5 May 2020
Verified Purchase
I really tried hard to like or at least somewhat enjoy this book, but it was impossible. While Sarah Langan might be a talented author, for me she has clearly not found the right genre yet.

If you want to read about emotional problems of middle aged(ish) women - in very great detail - then yeah knock yourself out, this is the book for you. Otherwise you might want to look somewhere else.

The biggest issue is that one character is introduced after another and their completely irrelevant problems are filling page after page. I have read over 1/3 of the book, was desperately waiting for something interesting to happen, when yet another character was thrown at me. At this point I wanted all of them to die already just so they shut up.

Another issue is that it tries really hard to be a "horror book", so much that you can not help but notice. One example is the arousal of the protagonists while they eat dirt or other nasty stuff. I do not mind sexual references at all, but this is so completely irrelevant and only exists because the author wanted this to be as gross as possible. Cut it out and you lose nothing of the feel or the message, it would just be less silly.

Well, to keep it short, it is not my cup of tea. In my eyes this "style" is better suited for other genres.

Andrea
5.0 out of 5 stars Very good
Reviewed in Canada on 21 November 2012
Verified Purchase
The barcode sticker was annoying because it doesn't come off easily. The book was in good shape, like they described.
Read more
Report abuse

Fred
4.0 out of 5 stars INsane
Reviewed in the United Kingdom on 20 October 2014
Verified Purchase
Mental but I enjoyed it...Some very disturbing bits that were OTT
Read more
Report abuse

*Spoiler Warning if you keep reading this review* In "The Keeper," we have a sort of sense of the mysterious things that underlie our destruction of each other and the earth, and their embodiment in a kind of "witch" of sorts--a woman who is almost like a "sin eater" in that she harbors all kinds of horrors, such that when she dies those horrors spill over into the waking world that caused them. But at the end of that novel you have redemptive love and a sense of peace, even if many things had to be destroyed to get there. With "The Missing," it's as if the author tried to take all kinds of themes, like the fact that many different civilizations have just gone missing over the centuries, and combine that with a new life form that inhabits humans, yet rises out of the ashes of this incident that happened in the small town of Bedford from the first novel. It's a mish-mash that doesn't make any sense with what came before it. I wish she had simply written this book as a stand-alone and didn't link it to the last one.

All of this isn't to say it's "totally horrible," which is why I gave it 3 stars. It's definitely readable and enjoyable and a horror novel and a pretty good one at that, it just makes little sense to link this to the last novel she wrote in any way. Here there is no redemption, only payback.
Read more
5 people found this helpful
Report abuse
See all reviews
Get FREE delivery with Amazon Prime
Prime members enjoy FREE Delivery and exclusive access to movies, TV shows, music, Kindle e-books, Twitch Prime, and more.
> Get Started
Back to top
Get to Know Us
Make Money with Us
Let Us Help You
And don't forget:
© 1996-2020, Amazon.com, Inc. or its affiliates