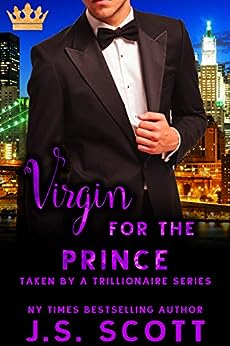 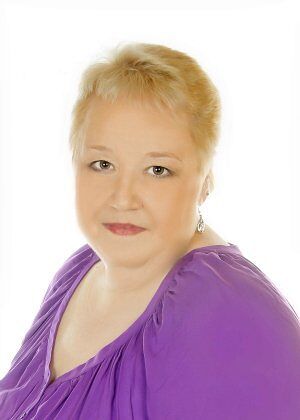 Virgin for the Prince (Taken By A Trillionaire Series) Kindle Edition

4.4 out of 5 stars
4.4 out of 5
248 global ratings
How are ratings calculated?
To calculate the overall star rating and percentage breakdown by star, we don’t use a simple average. Instead, our system considers things like how recent a review is and if the reviewer bought the item on Amazon. It also analyses reviews to verify trustworthiness.

There are 0 reviews and 15 ratings from Australia

Joanne Mountford
5.0 out of 5 stars This is my one click Author
Reviewed in the United Kingdom on 13 June 2017
Verified Purchase
This is my one click Author. I never need to read the blurb, see the cover. If this Author has a book coming out I download. It’s the stories I have come to love, she makes me smile every time I start a new adventure. This book was the best adventure she has taken me on yet. I feel like I might say this a lot, but I feel its true.
What is a Prince to do when he needs to marry and pronto? Select a wife from a ball of course, well, that’s what his father the King would have him do, but Prince Nic isn’t thrilled about that idea. He doesn’t want to marry anyone who will attend the ball. It’s all so fake, women only after the status he can provide and obviously his money since he is a Trillionaire.
Diana didn’t want to marry anyone from Royalty, she just wanted to live her life. What she needed was to lose her virginity and then she wouldn’t be eligible to marry a Prince. That’s easy enough, right? She would go the ball, find a suitor and bed him. Easy peasy.
Diana gets her wish and ends up being taken on a tour around the island, after all that’s all she really wanted. Prince Nic was only to happy to be her tour guide. She couldn’t believe her luck having the Prince as her escort, not that she wanted him in that way, but she loved to have friends. Since she succeeded her goal at the ball she could never marry him now anyways.
Nic was fascinated by Diana, never in all his life had he ever met anyone so pure, honest and so much fun to be with. He thought for the first time in along time that he might actually have found himself someone he could spend the rest of his life with.
Danger lurks every day the closer it comes to his birthday. When his father told him he needed to marry and the quicker the better, he wasn’t exaggerating.
Many families have all kinds of traditions many fizzle out over the years, or we make new ones as the times change. Nothing really changes in Rubare Virgina especially not a tradition that goes back centuries. There are people watching over the royals to make sure these traditions are carried out. This may sound over the top but even death is on the cards for anyone who disobeys the traditions. It’s sacred and in Rubare Virgina it’s law that Princes’ must marry before they reach the age of thirty.
Even though this book was pure fantasy I found myself wishing many parts to be true. I was so caught up in this story I never wanted it to end. I hope to read many more books in the Trillionaire series, because entering the world of make believe is a fabulous place to be.
Read more
Report abuse

KerryD
4.0 out of 5 stars Great read
Reviewed in the United Kingdom on 23 June 2017
Verified Purchase
A really good easy read. The Characters are brilliant and extremely likeable. The storyline fun. I would definitely recommend this book.
Read more
Report abuse

Jacquip
5.0 out of 5 stars Five Stars
Reviewed in the United Kingdom on 28 July 2017
Verified Purchase
I enjoyed this book very much and couldn't wait to read the next one
Read more
Report abuse
See all reviews
Back to top
Get to Know Us
Make Money with Us
Let Us Help You
And don't forget:
© 1996-2021, Amazon.com, Inc. or its affiliates