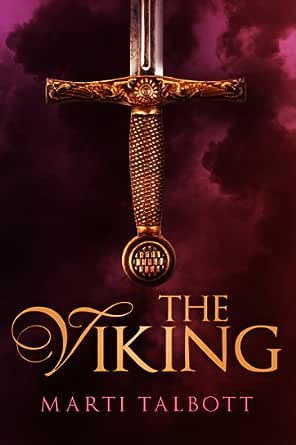 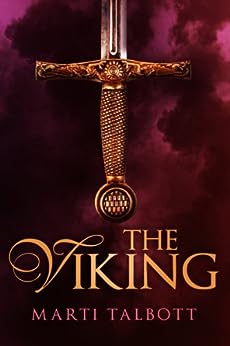 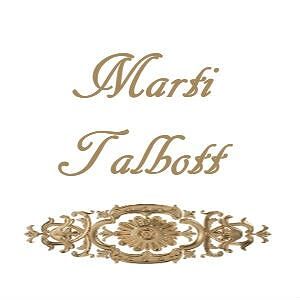 Marti Talbott lives in Seattle and has written several full length novels, including Seattle Quake 9.2, The Promise, Broken Pledge and Suspects. She began writing the Highlander Series in August of 2009. The first five books are a collection of 20 short stories followed by Betrothed, The Golden Sword, Abducted, A time of Madness, Triplets, Secrets and The Other Side of the River. Follow the MacGreagor Clan into Colorado's early 20th century in her new Marblestone Mansion series. To be notified when new books are available, visit www.martitalbott.com This historical romance is suitable for young adults ages 14 and up --This text refers to the paperback edition.

4.2 out of 5 stars
4.2 out of 5
1,561 global ratings
How are ratings calculated?
To calculate the overall star rating and percentage breakdown by star, we don’t use a simple average. Instead, our system considers things like how recent a review is and if the reviewer bought the item on Amazon. It also analyses reviews to verify trustworthiness.

Annavee
4.0 out of 5 stars An enjoyable escape into a simpler past.
Reviewed in Australia on 11 December 2019
Verified Purchase
Clear characters and motives help this lovely story unfold with emotional journeys and travails.
Beautifully realised life in Britain with village and castle life and intrigues captured my imagination.

D.L.R
TOP 500 REVIEWER
4.0 out of 5 stars The Viking
Reviewed in Australia on 2 September 2015
Verified Purchase
This was a great story. I enjoyed the main characters. I'm pleased how the story ended.

I recommend this for anyone who enjoys stories about Vikings, or lards. Also there were no indecent parts of people having sexual relations. There was some battle, slavery and death. Not very graphic but still very good.
Read more
3 people found this helpful
Helpful
Report abuse

Maureen Jaeche
4.0 out of 5 stars Well worth the read
Reviewed in Australia on 29 April 2014
Verified Purchase
Whetted my appetite to read the series, good pace, characterization and storyline. A good writer always leaves the reader wanting more and I certainly did. Thank God for my kindle, will be able to get through the stacks of books waiting to be read without wondering where to put them.
Read more
3 people found this helpful
Helpful
Report abuse

Penny Hill
3.0 out of 5 stars Interesting
Reviewed in Australia on 6 May 2017
Verified Purchase
I had read this book years ago but still found it to be very interesting. I enjoy the times of the Vikings. Early times are fascinating in different parts of the world.
Read more
One person found this helpful
Helpful
Report abuse

jenny sandow
4.0 out of 5 stars Great story
Reviewed in Australia on 5 July 2017
Verified Purchase
I liked this book as it moved quite quickly and was entertaining. I recommend it as a light read. Enjoyable
Read more
One person found this helpful
Helpful
Report abuse

FraserD
2.0 out of 5 stars Easy reading but too many historical faults for me
Reviewed in the United Kingdom on 22 January 2019
Verified Purchase
I realize this is a historical novel, but there are so many historical inaccuracies it lost its punch for me. Coupled with Norseman speaking in a Scottish twang when speaking Norse, and the same twang as the Scots when speaking to each other, I found it more than jarring. The author could have made an effort to use a different dialect for each. And the use of laddie for men! To be fair, and unusually for a recently written story, there was no sex and no sexually explicit scenes. However, as an amateur historian, the Viking era ended between 1066 and, at most, around 1200, so if we're to believe Stefan was the son of a Viking, then Marti's Istanbul would be known as Constantinople since the Turks didn't conquer it until 1453 and it was still known as Constantinople until at least 1477, and Deutschland didn't exist either and would have been known as Frankia and others. Sorry Marti, but you need to do more historical research, and to turn it into a series? I'll not be reading any more. Oh, one final thing. You write that Stefan's new clan is called MacGreagor, yet a few paragraphs later on you call it the MacGregor clan. Sloppy.
Read more
5 people found this helpful
Report abuse

James E Spradbery
2.0 out of 5 stars Historical fiction - one out of two can be bad!
Reviewed in the United Kingdom on 30 October 2015
Verified Purchase
I love well-written and well-researched historical novels, so being offered this ebook for free thrilled me. What I have read so far is proving to be a great disappointment. Historical inaccuracies abound in this romance. The attempt at Scottish dialect is amateurish and seems especially peculiar in the mouths of Vikings. The names are anachronistic - whoever heard of a Scottish Viking having an Italian surname, or a medieval Scottish girl a Hindi forename? A modicum of research would have removed the most glaring errors, such as naming Istanbul and Deutschland centuries before they came into existence. The first would have still been called Constantinople, the second would have been either part of the kingdom of Franconia or might yet have been known as the Roman Empire, later called the Holy Roman Empire.

The story falls down on so many levels, which is annoying because I actually care about the central characters. Were this not purporting to be a historical novel I would probably have given it three stars. Since it is allegedly historical, it gets one star for the story and a second for the fact that it was free. If the remaining books in this series are researched in the same slipshod manner I very much doubt that I'll be purchasing or reading any more of them.
Read more
18 people found this helpful
Report abuse

Tina
3.0 out of 5 stars 😊
Reviewed in the United Kingdom on 29 May 2020
Verified Purchase
A Scottish mother and a Viking father, the mother he never knew and a father who left him in the hands of his family to raise while he went on raids all over the world. Stefan finally at the age of 14 gets to go on a raid with his father. Their destination, Scotland. Once on the shore it doesn't go to plan and Stefans father is killed. The others surviving Vikings run back to the ship's but Stefan runs away in the other direction finding himself stranded in a strange land.
13 year old Kannak happens upon this boy who knows her language and she doesn't fides to save him knowing he's a Viking hoping he can save her from being married to save her family which her mother is against as she believes marriage should only be for love and not necessity.

This is a young adult book and I did enjoy it. Described as suitable for 14 years and above. It mentions a lot about relationships, not forcing a girls hand in almost all circumstances, marraige, physical and no raising a hand to a woman ever. Some important lessons in this book I think more aimed at boys but I think it may be more read by girls as in my opinion it is technically a young love story.
Read more
Report abuse

Dr. George
3.0 out of 5 stars A romantic but improbable yarn.
Reviewed in the United Kingdom on 27 June 2017
Verified Purchase
This story presents as historical fiction but the author has not really cast off the mantle of the modern romantic fiction writer.Neither the Viking nor the Scots background carries any veracity and relationships are introduced which do not chime with the time of the action. The language is supposed to represent old Scots, but is neither Gaelic, Lallands, Doric nor any other dialect native to Scotland. The Brodie's of Nairn would not be amused at the depiction of their ancestors, nor would the MacGregors who hail from a region quite far removed from Brodie Castle. "Facts are Chiels that winna ding, gainsay them how ye will" but they were in short supply in this case.
Read more
3 people found this helpful
Report abuse

Amazon Customer
5.0 out of 5 stars Scottish clans v Viking tribes
Reviewed in the United Kingdom on 28 July 2016
Verified Purchase
At last, the day has come, Stefan has finally been allowed to board his father's Viking longship and go on his first raid. What he didn’t count on was being left behind in Scotland.

Kannak is thirteen and is alone with her mother - as her father has abandoned them. She has decided that the only way for them to survive is to marry, so they will have someone to help work the land.

Then she meets Stefan…and life will never be the same again!

This young adult book is one that had me hooked from the beginning. The romance that is weaved into the storyline is beautiful. The relationship between Kannak and Stefan developed over the course of the story and was very believable.

My favourite character is Stefan, for, although he is a Viking, he fits right into the Scottish clan without any problems and cares deeply for the two women who work their way into his life.

I also like the fact that this book wasn’t written as most books are. The clan is Scottish, so when they are speaking, they are speaking the way a Scottish clan would. I could almost hear them talking as I read it.

I Highly Recommend this book to anyone.
Read more
Report abuse
See all reviews
Back to top
Get to Know Us
Make Money with Us
Let Us Help You
And don't forget:
© 1996-2021, Amazon.com, Inc. or its affiliates