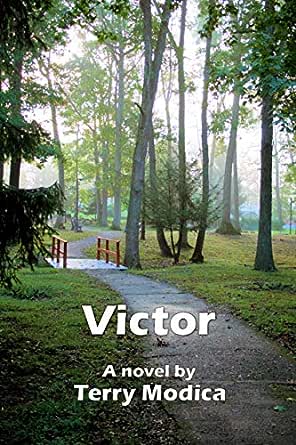 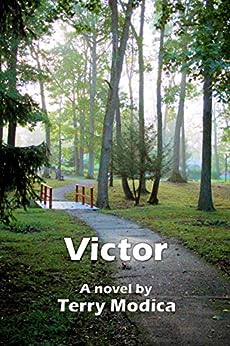 A fictional thriller about the saving power of love. Patti Regall is a young mother trying to escape from a lifetime of abuse and the devil-worshiping coven that wants to use her little boys, Victor and Vincent, to uncover the identity of the Anti-Christ. When she finds an opportunity to escape, she has to leave Victor behind.

Patti fights her own demons while desperately trying to rescue Victor from the coven. Tobias, a Christian man, comes to her aid, thinking he is merely helping friends who have a ministry to abused women and children. His faith is challenged by the dangers he faces, and as crazy as Patti seems at times, he can't help falling in love with her. It becomes his passion to help her rescue Victor. Will it cost him his life? Together they must discover the very real, supernatural power of Christ’s love.

This novel is a spiritual thriller that will affirm your faith in Christ’s victorious power.

ABOUT THE AUTHOR:
Terry Ann Modica searched for the supernatural while growing up in a mainstream Christian denomination. Not finding it in her church, she became interested in the occult. Seven years later, Jesus rescued her from its demonic strongholds. In 1982, she became a professional Christian writer, and in 1989 her book "Overcoming the Power of the Occult" was published. Soon after, at a speaking engagement on the topic, she met an ex-satanic high priest who had been delivered from many demons by Christ. The novel, "Victor", was inspired by what she learned from interviewing him extensively.

Mrs. Modica is the Executive Director of Good News Ministries of gnm.org, a Catholic faith-building non-profit organization that she founded with her husband in 1995. She is well known for the daily Good News Reflections that are available on its website.

Joe M
5.0 out of 5 stars Hard to put down
28 February 2019 - Published on Amazon.com
Verified Purchase
I usually try to read novels in pieces, occasionally reading one and then another and then going back to the first one. With Victor I couldn't read anything else; I was too involved in the intriguing story of a young mother, two sons in danger and only the capability to escape with one of them, and the faith-filled people providentially put into her life. Indeed, the occult, the devil, the bad angels are really out there and this novel brings you into that reality. A really good read.
Read more
One person found this helpful

Amazon Customer
4.0 out of 5 stars Not for the faint-hearted!
21 February 2019 - Published on Amazon.com
Verified Purchase
Victor is a spellbinding read about the struggle for good to overcome evil.

I consider myself strong in my faith ... however, this book gave me the willies occasionally.

There were times throughout that I found myself associating events that happened/people the characters encountered with situations that occurred in my lifetime. There was even one time I headed into Sunday Mass deeply agitated after reading Victor prior ... altho thankfully, I left at peace.

The author is a compelling story teller. The only thing, as an author myself, preventing me from giving it a 5 plus rating is my opinion that it needs a professional edit.

Oscar Tamez
5.0 out of 5 stars Brilliantly written.
10 February 2019 - Published on Amazon.com
Verified Purchase
We need to fully trust Jesus' love without a doubt. We ask and He will deliver us. I recommend it to friends. It kept me on edge wondering if Jesus and His angels would help Tobias and Patti when all along He was there always guiding and never leaving them and all in His time.
Read more
2 people found this helpful

D G
5.0 out of 5 stars Excellent read!
13 December 2019 - Published on Amazon.com
Verified Purchase
Well written and deals with a topic not normally discussed. Treats the subject well with discretion, but more importantly, shows how faith conquers evil and can save no matter how far we’ve strayed.
Read more

kindle
4.0 out of 5 stars This book took me on an unexpected journey.
7 February 2019 - Published on Amazon.com
This book took me beyond a surface look at Demons and their power if one entertains them. It made me realize there are people who actually search for meaning in life via this abject lifestyle. So as not to divulge too much I will stop here and let the reader experience this interesting and informative book for themselves.
Read more
One person found this helpful
Go to Amazon.com to see all 5 reviews 4.6 out of 5 stars
Get FREE delivery with Amazon Prime
Prime members enjoy FREE Delivery and exclusive access to movies, TV shows, music, Kindle e-books, Twitch Prime, and more.
> Get Started
Back to top
Get to Know Us
Make Money with Us
Let Us Help You
And don't forget:
© 1996-2020, Amazon.com, Inc. or its affiliates