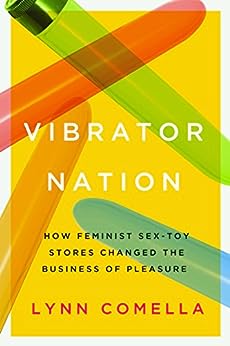 "[A] fascinating survey of the evolving culture of sexuality in America and of a small band of pro-sex feminists who were on the front lines of the sexual revolution."--Vernon Rosario "Gay & Lesbian Review" (9/1/2017 12:00:00 AM)

Lynn Comella is Associate Professor of Gender and Sexuality Studies at the University of Nevada, Las Vegas, and coeditor of New Views on Pornography: Sexuality, Politics, and the Law. --This text refers to the paperback edition.

Mr. Nadman
1.0 out of 5 stars Nothing special
Reviewed in the United States on 19 February 2020
Verified Purchase
Had to read this for a class. It's interesting and shows a real growth in women's perception of their sexuality. There are interesting parts, but it is incredibly repetitive. The same story is told time and time again, chapter after chapter. This could have been an article on a website and would not have been any less informative.
Read more
Report abuse

Veda
5.0 out of 5 stars Good price
Reviewed in the United States on 30 December 2019
Verified Purchase
Needed the book for school and the kindle price was much better than any Soft our hard copy.
Read more
Report abuse

MMJM65
2.0 out of 5 stars Repetitive repetitive repetitive
Reviewed in the United States on 12 October 2018
Verified Purchase
The book covers some key points but it is so repetitive that you can get the entire story by just reading the preface.
Read more
One person found this helpful
Report abuse

customer
1.0 out of 5 stars One Star
Reviewed in the United States on 1 April 2018
Verified Purchase
Boring
Read more
One person found this helpful
Report abuse
See all reviews
Back to top
Get to Know Us
Make Money with Us
Let Us Help You
And don't forget:
© 1996-2021, Amazon.com, Inc. or its affiliates