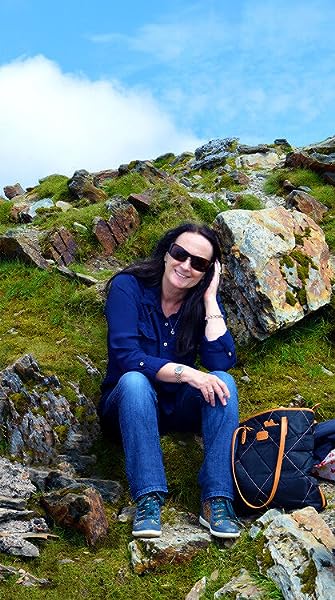 Start reading His Very Personal Assistant (In Love with Her Boss) on your Kindle in under a minute.

4.0 out of 5 stars
4 out of 5
23 global ratings
How are ratings calculated?
To calculate the overall star rating and percentage breakdown by star, we don’t use a simple average. Instead, our system considers things like how recent a review is and if the reviewer bought the item on Amazon. It also analyses reviews to verify trustworthiness.

Hampshire Piggy
4.0 out of 5 stars A Good Read
Reviewed in the United Kingdom on 15 November 2014
Verified Purchase
I really enjoyed this book.

After having to leave her previous job due to being harrassed, Kit played down her charms to blend into the background.

Then she had to spend a weekend with her boss in a social setting, and he saw her in a new light. Not just because of her looks, but personality as well as she starts to answer him back.

Kit keeps her family history hidden from her boss, which backfires on her later on, leaving the Hero to think she had betrayed him by giving confidential information to his rival. However, in true M&B style, the Hero gets to the truth, begs forgiveness and they all live HEA!

Listaficionado
5.0 out of 5 stars Comic version review
Reviewed in the United States on 29 June 2017
Verified Purchase
Emiko Inoue's artwork deserves 4 stars alone. Again, this is one of those fall-in-love-after-makeover story and I understand why that doesn't sit well with some people, but I honestly don't know anyone of my acquaintance who'd be attracted to frumpily-dressed poker-faced individuals. By the heroine's own admission, she puts on a no-nonsense and poker-faced front, so how can one expect the hero to notice her if he'd never even seen her smile? I found the story touching and very captivating.
Read more
2 people found this helpful
Report abuse

C. Mclemore
4.0 out of 5 stars I love Carole Mortimer!
Reviewed in the United States on 26 May 2020
Verified Purchase
I haven't read Harlequin for years as my tastes turned to different interests. I'd forgotten how interesting her characters can be. The evolving of the relationships amongst the characters was quite interesting and well done. Not the usual vapid younger woman and older man whereby the ending is predictable. Though this story was destined to have a happy ending, the in between was surprising and interesting.
Read more
One person found this helpful
Report abuse

bratcat22
3.0 out of 5 stars Really Good Romance
Reviewed in the United States on 6 July 2019
Verified Purchase
Not your typical boss/secretary romance. A few surprises are thrown in.
Read more
One person found this helpful
Report abuse

Adjoa
1.0 out of 5 stars Boring
Reviewed in the United States on 2 April 2016
Verified Purchase
Good premise. I had high hopes for the plot of this book.Thinking it would deliver but delivery was terrible.
The writing sucked.
Don't buy this book.its a waste of money.
Read more
2 people found this helpful
Report abuse
See all reviews
Back to top
Get to Know Us
Make Money with Us
Let Us Help You
And don't forget:
© 1996-2021, Amazon.com, Inc. or its affiliates