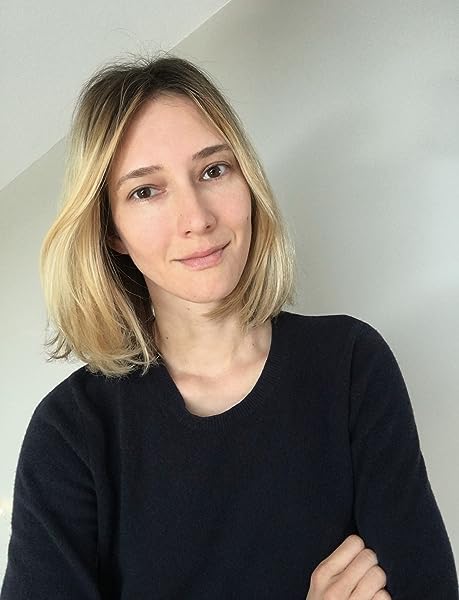 Page 1 of 1 Start overPage 1 of 1
Previous page
Next page
Start reading Very Important People on your Kindle in under a minute.

"Ashley Mears's page-turning account of the VIP global party circuit is simply terrific. In a snappy narrative, Mears takes readers into a world that is equal parts thrilling and heartbreaking, doused with moments that are by turn laugh-out-loud funny and tragically sad. No one but Mears could have written this book. The research is heroic and fearless, and the access it required was nearly impossible." - David Grazian, author of On the Make: The Hustle of Urban Nightlife
"A rich exposé of the elite party circuit written in a lively style, Very Important People is like a night out on the town with a glamorous, insightful guide." - James Farrer, coauthor of Shanghai Nightscapes: A Nocturnal Biography of a Global City

Ashley Mears is associate professor in the Department of Sociology and in the Women's, Gender, and Sexuality Studies Program at Boston University. She is the author of Pricing Beauty: The Making of a Fashion Model. Her writings have appeared in the New York Times, Elle, and other publications. She lives in Boston.

4.2 out of 5 stars
4.2 out of 5
88 global ratings
How are ratings calculated?
To calculate the overall star rating and percentage breakdown by star, we don’t use a simple average. Instead, our system considers things like how recent a review is and if the reviewer bought the item on Amazon. It also analyses reviews to verify trustworthiness.

Mike Vallely
5.0 out of 5 stars Brilliantly readable
Reviewed in the United Kingdom on 18 October 2020
Verified Purchase
A joy to read. I enjoyed it; my grand daughter loved it! Full of insights.
Read more
Report abuse

B
4.0 out of 5 stars Better than average, not my fav this year
Reviewed in Canada on 2 August 2020
Verified Purchase
Purchased on Tyler Cowen's recommendation.
Great ethnographic study. Very quick read.
Not sure if I left with any real new thoughts.... Mears could have summarized whole chapters with a simple diagram showing how business transactions work between people rather than fleshing it out in words.

Michael L.
5.0 out of 5 stars Get behind the VIP scene with this book
Reviewed in Canada on 13 July 2020
Verified Purchase
In-depth look at the (now, traditional since COVID 19) clubbing scene and how the VIP worked behind the scene. Ashley Mears combines her personal experience and academic studies together in this book, it's fascinating look at human psychology and how that the first impression may not be what it seems.
Read more
Report abuse

Robert Fisher
5.0 out of 5 stars The hustlers and dreamers who help the elite party
Reviewed in the United States on 28 May 2020
Verified Purchase
I learned of this book when author Ashley Mears was profiled in a recent issue of Psychology Today. Since I like stories of high decadence among the upper classes, Very Important People sounded like a book I would enjoy. Before she became an academic, Mears had been a model and as she looked ten years younger than she really was, she was able to fit into the circuit of promoters who bring beautiful women (preferably models) to high end clubs. Mears focuses less on the global elite themselves at play and more on the people who, thanks to great looks and hustle, help the rich enjoy themselves (not to mention hoping to become part of that world). She writes of the relationships between promoters and the girls. "It would be too easy to say that promoters and clubs exploit girls for monetary gain; we would miss a crucial insight into how relations of exploitation operate. In short, promoters show us that exploitation works best when it feels good." The young women do get free meals and drinks, exotic travel and the chance to party with the one percent. However, a Cinderella scenario is unlikely; the girls are not seen as marriage material by the elite and the promoters take pains to explain they are not really pimps. Indeed, many of the promoters Mears meets have dreams that their connections to the wealthy will lead to future business deals, but it usually never seems to work out. Very Important People is well-written. Mears depicts both the highs and lows of party and club life. Perhaps most importantly, she shows an affection for her subjects, letting them tell their stories, respecting their dreams (even if she doubts they'll come true) and not bogging down the narrative in either academic or politically correct jargon.
Read more
15 people found this helpful
Report abuse
See all reviews
Get FREE delivery with Amazon Prime
Prime members enjoy FREE Delivery and exclusive access to movies, TV shows, music, Kindle e-books, Twitch Prime, and more.
> Get Started
Back to top
Get to Know Us
Make Money with Us
Let Us Help You
And don't forget:
© 1996-2020, Amazon.com, Inc. or its affiliates