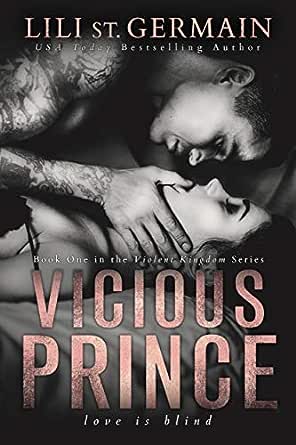 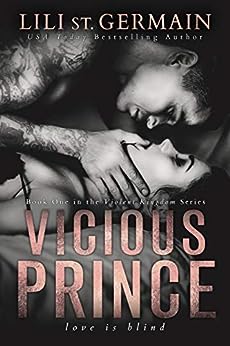 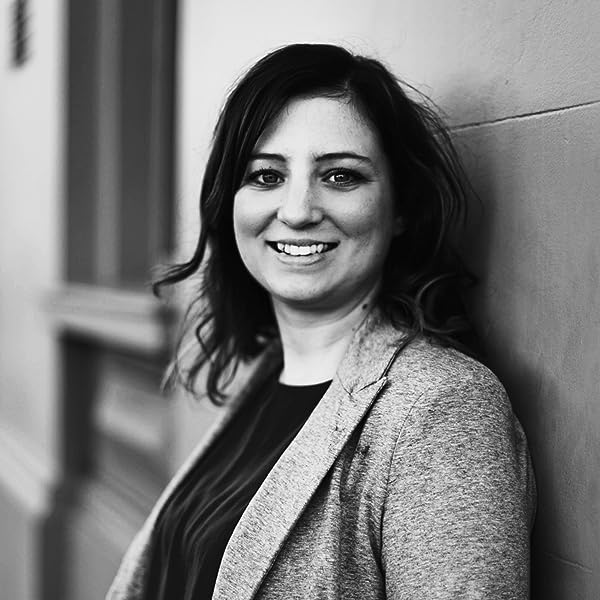 Personally, I haven't read St. Germain's Gypsy Brothers series. However, I have read the precursor, the Cartel series. I know St. Germain will send you down a dark path filled with devious twists and depraved characters that will leave you questioning your sanity. I also know she'll write terrifying and distorted scenes not for shock value, but because it actually adds substance to her characters and story line.

While Verona Blood is a modern interpretation between two star-crossed lovers, there isn't much love happening between Avery Capulet and Rome Montague.

"Never sin against your family, because in our religion, there is no forgiveness. There is only loyalty, or death."

In Avery Capulet's world, family is everything. She's facing the ultimate reality of having to marry someone she doesn't care about for her family. While she's headstrong and fierce, Avery isn't willing to outright defy her father's orders.

One simple, sickening twist of fate throws Avery into a situation she never expected. She's attracted the attention of an unknown psychopath and her nightmare really begins.

"In my wildest dreams—or my most terrifying nightmares—never once did I think that I’d be trapped in hell with him."

Rome Montague is an interesting character, with an aura of mystery that surrounds him. He defies society's expectations, using his bad boy appearance, lax attitude and numerous tattoos. He also harbors immense hatred for the Capulets, though underneath that anger, he burns for Avery.

Verona Blood is dark. I appreciate that St. Germain incorporates the depravity and violence to serve a genuine purpose in driving the story forward rather than adding it to shock her readers. I found this story to be more in line with a novella format than a full length novel, as it is quick to devour.
Read more
2 people found this helpful
Helpful
Comment Report abuse

Raines
1.0 out of 5 stars Messed up & not in a good way
Reviewed in Australia on 28 April 2020
Verified Purchase
Firstly, this doesn’t end on a cliffhanger so much as just finish mid-book. I wasn’t intrigued & excited for the next instalment so much as perplexed - really, that was it?
Secondly, everything in the book is just disturbing & not handled in a good way. Rape, suicide, murder, incest, arranged marriages, & drug benders are quite a lot to include in such a short book but they all felt like they were dialled up a little bit more than was necessary. It would spoil what tiny amount of plot there is to give examples, but don’t expect any moments of levity to brighten up a depressing read.
Read more
Helpful
Comment Report abuse

Anna Vardaro
4.0 out of 5 stars Love, hate and revenge!
Reviewed in Australia on 3 August 2018
Verified Purchase
Lili st. Germain brings us the first book in the Verona Blood series. Full of love hate and revenge between two families who are out for blood! Can't wait for next book in this tantalising series.
Read more
One person found this helpful
Helpful
Comment Report abuse

Kindle Customer
4.0 out of 5 stars True to title
Reviewed in Australia on 17 April 2020
Verified Purchase
Vicious and cruel this book is not for the faint hearted. Filled with a twisted form of hate believing itself to be love. The only bright light is romeo and even then he is beautifully damaged.
Read more
Helpful
Comment Report abuse

Kindle Customer
5.0 out of 5 stars Great read
Reviewed in Australia on 29 October 2018
Verified Purchase
Dark and at times hard to read. A real page turner. I love all of Lili St germain's books.
Cant wait for the next one!
Read more
2 people found this helpful
Helpful
Comment Report abuse

Terri T.
TOP 100 REVIEWER
5.0 out of 5 stars Dark, brutal and just brilliant !!!
Reviewed in Australia on 3 June 2018
Every time Lili Saint Germain releases another book I cannot wait to get stuck in. I LOVE her writing and the way her mind ticks over to give us that dark brutal side to a story, she is the ultimate professional in this genre. Let me tell you this book is the BOMB. I was so engrossed I read it in one sitting. The story is addictive, exciting, brutal and full of tension and twists galore.

Avery Capulet is the next in line to her fathers kingdom, he rules supreme in the world of crime and dodgy dealings; no one dare confront him about anything - except Avery of course. Being the only child left to take over after her sisters tragic death she has the weight of the world on her shoulders, she doesn't want the responsibly of her fathers business dominating her life, she wants to be free to live her life the way she wants to and to marry the boy she loves.

Rome Montague was once in love with Avery when they were younger until her sister died and everything changed, now arch enemies what road will their destiny take now their paths have crossed again. Their families are at war with one another, nothing good can come of any sort of reunion.

I loved Avery's character, she was feisty and confident and didn't take no S*** of anyone.
I'm already feeling the pull towards Rome; a damaged man but underneath there is that loyalty, that fire, the man he once was, maybe he just needs the right woman to heal him.

A fantastic story that will have you reading into the night, the only small criticism I would have is to say I wish the book was slightly longer, it was that good and I was so consumed with the plot and the characters I didn't want it to end, but end it did and taking about ending - phew I mean come on !!! I will have serous withdrawal symptoms from now until August when we can continue this exciting journey with the Capulet's and the Montague's and especially Avery and Rome !!!!
Awesome stuff !!!
Read more
2 people found this helpful
Helpful
Comment Report abuse
See all reviews

L Roach
5.0 out of 5 stars Dark and dangerous!
Reviewed in the United Kingdom on 14 August 2018
Verified Purchase
Can you believe this is the first book I have read by Lili St Germain!? Well I have to say, after reading this I think I need to go and read everything else she has written. From the first page I was hooked to the story!

Avery Capulet is celebrating her 25th birthday, but she's really not looking forward to her party. With an arranged marriage looming, the evening is looking doomed from the start. And when events happen which lead to things going way out of control, Avery finds herself in a dark, and scary situation.

Rome Montague is a bad boy. A brooding hero of this story (or is he?!) who deals with drugs, alcohol and sex! He is also pretty mysterious and definitely ruthless.

I was hooked to the story. Some parts are rather dark, and incredibly violent, but with all the twists, turns and revelations I was reading this wondering what would happen next. Everything certainly isn't as it seems, but how will this story end?

There is certainly no love or romance in this book!! And at the stage I didn't feel a huge connection between the main characters, but that's to be expected with the way the story leads us.

I love the idea of a modern day retelling of Romeo and Juliet, and this one has darkness running through its veins. There were scenes which left me reeling, no knowing if I was coming or going. It was original and different and I definitely cannot wait for the next book in this series.
Read more
One person found this helpful
Report abuse

Riah Pilling
4.0 out of 5 stars A very dark take on a classic tale.
Reviewed in the United Kingdom on 13 June 2018
Verified Purchase
A dark modern take on Romeo and Juliet with a fair few differences. For starters the original had a happier ending, weird right?

So yeah this book isn't sunshine and rainbows it's dark and desolate and basically unhappy all round and I love that about it because I'm now desperate to read the next one.

If nothing else morbid curiosity will keep you reading because there's so much cryptic stuff said that more questions are raised than answered.

The characters are fascinating and the setting is described beautifully. I can't wait to continue the story.
Read more
One person found this helpful
Report abuse

Boop 7147
1.0 out of 5 stars Don't write a book until you have everything. Make two , three , three books of you want but FINISH it. I am tired of read a book and getting wrap up in to be told the next book is not done and no date when it will be done. FINISH the book. Now I well never read your books at all. Thanks for nothing
Reviewed in the United States on 22 September 2018
Verified Purchase
Incomplete book. Will never read your books again. Don't start something you have not completed. Very unhappy left hanging . STOP
Read more
27 people found this helpful
Report abuse

Misty Schott
5.0 out of 5 stars Fantastic start to this story, but book does end on a huge cliffhanger.
Reviewed in the United States on 13 September 2018
Verified Purchase
This is definitely an awesome beginning to what I believe will be a very twisted dark romance, but it definitely leaves you on one heck of a cliffhanger. I was hooked from the very beginning and I'm looking forward to the upcoming book(s) for the rest of the story. Avery and Rome are both part of some mad man's twisted game and I'm not sure how this whole sick twisted scenario will play out. Who will make it out alive? What happened to Will (Avery's ex-lover) and Joshua (the man Avery was promised to marry by her father). I am so intrigued by this little teaser and it's got me going; Who is the bad guy? What the heck is going to happen next? And What's in store for Avery in this dark twisted psychopath's game? Definitely recommend this as a must read book for all dark romance lovers out there.
Read more
Report abuse

Fs
4.0 out of 5 stars 4 stars
Reviewed in the United States on 21 June 2018
Verified Purchase
I was never bored with the story. The characters were interesting. I will definitely be ordering the next book. I loved the Cartel series by this author. However I disliked the Gypsy Brothers series. Don’t be misled by the cover of this book. It is not a romance.
Read more
Report abuse
See all reviews
Get FREE delivery with Amazon Prime
Prime members enjoy FREE Delivery and exclusive access to movies, TV shows, music, Kindle e-books, Twitch Prime, and more.
> Get Started
Back to top
Get to Know Us
Make Money with Us
Let Us Help You
And don't forget:
© 1996-2020, Amazon.com, Inc. or its affiliates