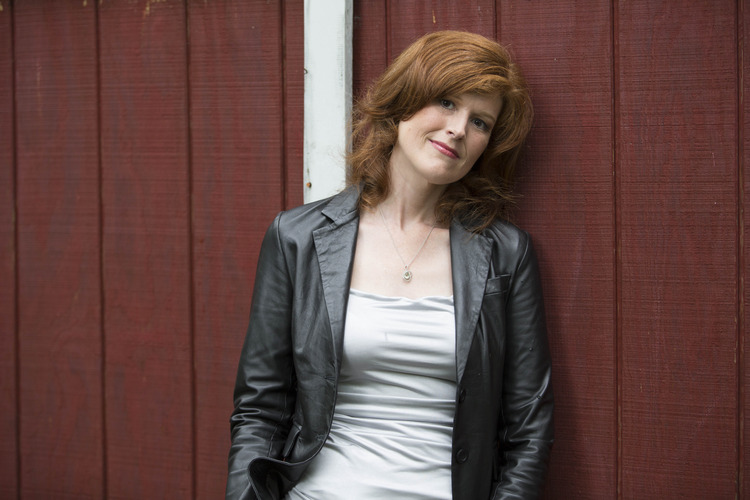 by Joelle Charbonneau (Author)
4.5 out of 5 stars 53 ratings
See all formats and editions
Sorry, there was a problem loading this page. Try again.

"Charbonneau deftly immerses readers in a future that feels unnervingly possible, where truth and history are no longer related to fact. A powerful reminder of the potential we each hold to demand and influence change." --Sara Grochowski, McLean & Eakin Booksellers

PRAISE FOR DIVIDING EDEN: "Charbonneau's skill as a thriller writer will hook readers as the tension between the siblings grows and the Trial of Succession rushes towards an explosive end... This new fantasy will give them plenty to sink their teeth into."--Booklist

"[Verify] builds steadily from simmering disquiet to a shattering final showdown that will leave readers desperate to reach the conclusion and anxious for sequels. Both timely and relevant in the age of fake news... a worthy read that will have readers wondering just how much truth they really want to know."--Bulletin of the Center for Children's Books

"This book captured me from start to end and has a crucial message around the power of words and the right we all have to each and every one."--Destinee Hodge, East City Bookshop

"Words, history, books, and their truths must prevail. Verify is a very timely tale and one that will leave you impatient for the next book in the series."--Becky Anderson, Anderson's Bookshops

"At once timely and timeless, Verify reminds us of the power of words and the importance of truth. Thrilling and terrifying, it is an undeniable call to action. Trust but Verify that this is the perfect book for our times."--Rachel Bellavia, Read Between the Lynes

"What would you give up for security? Words? Books? Your freedoms? Look up the word 'verify, ' and you'll start unraveling why you need to read and discuss Charbonneau's book. I shivered when reading her latest creation. You will, too."--Joe Hight, president, Best of Books, Edmond, OK

"The siblings are complex characters, weighted down by their respective heartaches and issues, and their skeptical views on the world feel realistic... there's a lot to like about this messed up, lush, and dark world."--Bulletin of the Center for Children's Books

"The trendy plot--filled with royal intrigue, romance, and a dangerous competition--is sure to make this new fantasy series a popular choice... Hand this one to fans of Sarah J. Maas, Kiera Cass, and Evelyn Skye."--School Library Journal

MERI BECKLEY LIVES IN A WORLD WITHOUT LIES.

When she turns on the news, she hears only the facts. When she swipes the pages of her online textbooks, she reads only the truth. When she looks at the peaceful Chicago streets, she feels the pride everyone in the country feels about the era of unprecedented hope and prosperity over which the government presides.

But when Meri's mother is killed, Meri suddenly has questions no one else seems to be asking. And when she tries to uncover her mother's state of mind in her last weeks, she finds herself drawn into a secret world full of facts she's never heard and a history she didn't know existed.

Suddenly, Meri is faced with a choice between accepting the "truth" she has been taught or embracing a world the government doesn't want anyone to see--a world where words have the power to change the course of a country and where one wrong word could get Meri killed.

Joelle Charbonneau has performed in opera and musical theater productions across Chicagoland. She is the author of the New York Times and USA Today bestselling Testing trilogy, as well as two adult mystery series. Her YA books have appeared on the Indie Next List and on the YALSA Top Ten Quick Picks for Reluctant Young Adult Readers list and state reading lists across the country. Her newest standalone YA thriller, Need, has been optioned for a feature film.
Read more
Start reading Verify on your Kindle in under a minute.

Tatiana Kamp
1.0 out of 5 stars Deadly boring
Reviewed in Germany on 3 January 2021
Verified Purchase
A girl cannot figure out what her mother's abstract paintings meant and has some nightmares..... (yawn..) and the book drags along this path for ever and ever, without any character development whatsoever.
I got to page 128 managing to stay awake for two - three pages at a time, but I am calling it quits now.
Read more
Report abuse

Delta High School Library
4.0 out of 5 stars Deception in a dystopian society!
Reviewed in the United States on 28 January 2021
Verified Purchase
Meri misses her mother every day since an accident took her life. She also tries to emulate and understand her mother’s artwork. Meri wants to become an artist too. Her friend Rose was able to help her get an interview to be considered to participate in the City Art Program that Meri’s mother was such a big part of before her death. Meri has a successful interview but notices strange and suspicious things happening around her. Among them, she sees someone drop paper, a traitorous and wasteful act. Her curiosity gets the best of her and she thinks she’s figuring out some of her mother’s painted clues, so she goes to sights that she believes her mother meant for her to go to. She’s given a piece of paper with the word verify written on it and talked to by a young man. She eventually learns what truly happened to her mother and the underground she was a part of in the last eighteen months of her life. Meri falls down the rabbit hole! Action, intrigue and friendship pull the story along, 4 stars and I’m ready to read the sequel, Disclose.
Read more
Report abuse

Rebecca Thas
4.0 out of 5 stars A book that won’t disappoint!
Reviewed in the United States on 18 October 2019
Verified Purchase
A futuristic world that doesn’t allow paper and has changed how we view words and history. Meri, the main character, mom dies in an accident, but she just can’t accept it. She can’t let go of a nagging feeling which leads her to uncover hidden secrets of the city.
Read more
One person found this helpful
Report abuse

Jacqueline Fuit
5.0 out of 5 stars Love this book
Reviewed in the United States on 16 October 2019
Verified Purchase
Great read makes author makes you think like always. Great way to use your mind and keep it active.
Read more
One person found this helpful
Report abuse
See all reviews
Back to top
Get to Know Us
Make Money with Us
Let Us Help You
And don't forget:
© 1996-2021, Amazon.com, Inc. or its affiliates