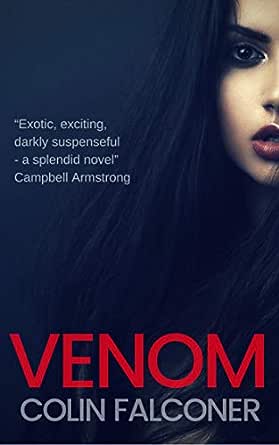 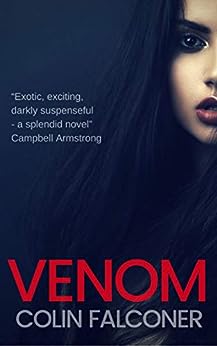 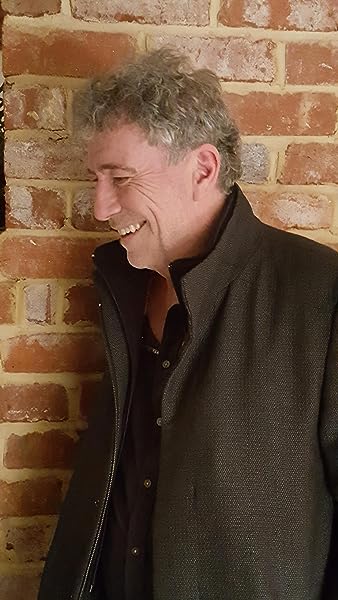 He has left a trail of blood from the backstreets of Bombay to the war-torn streets of Saigon. And no one knows who he is or how many he has murdered ...

Because this is Asia in the seventies, and Michel Christian crosses borders with impunity. He has a briefcase full of stolen passports and when that doesn't work - well, everyone knew every cop in Asia had his price.

But when an Interpol detective's daughter goes missing on the hippie trail, someone finally takes notice.

With the help of a mysterious Frenchwoman, Inspector Renee Budjinski finally lures Michel into a trap - but at a terrible cost.

When the judge's gavel cracks across a Delhi courtroom and the world waits for justice, Michel's terrible destiny will hang on one last twist of fate ...


WHAT READERS ARE SAYING ABOUT 'VENOM'

'Wow! “Venom” is proof that Colin Falconer is one of the greatest storytellers of all time. I couldn’t put it down.' ***** QA

'I couldn't put the book down. Never have I read a book with such a fantastic ending.' ***** CAROL GREEN

'It led me on a world-wide journey full of twists and blind alleys, but relentlessly headed towards some almost glimpsed source of justice. But, like many of his other thrillers, this does not come when expected.' ***** Richard Sutton

'I am really hooked on Colin Falconer. Books so far are a real thrill. Must read!' ***** Eyes Mile

Colin Falconer is the internationally bestselling author of over twenty novels. He has been on the bestseller lists in Europe, Australia and South America and is now available in the US.

Born in 1953, Colin Falconer is a journalist and has written for many national magazines and newspapers. He has travelled widely in Europe and South East Asia, and is the author of nine previously acclaimed bestselling thrillers.

Cat100
5.0 out of 5 stars Great read
15 May 2016
Format: Kindle EditionVerified Purchase
This is a fantastic crime thriller. The characters are well drawn and the plot fast paced. The sense of place across Asia and Europe is real and believable. It's very hard to put it down. I loved it.
Read more
Helpful
Comment Report abuse

QA
5.0 out of 5 stars A Narcissistic Psychopath
2 October 2017 - Published on Amazon.com
Verified Purchase
I received a free advance e-copy of this book and have chosen to write an honest and unbiased review. I have no personal affiliation with the author. Michel is an extremely handsome and charismatic charmer who will treat a young woman like a princess and put her on a pedestal until he gets what he wants from her and then the next instant turn on her. He is like one of the snakes that Adrienne admires, beautiful but oh so deadly, a true wolf in sheep’s clothing. He is a narcissistic psychopath with survival and revenge as his main goals. Wow! “Venom” is proof that Colin Falconer is one of the greatest storytellers of all time. I couldn’t put it down. Hold on tight as you follow the bloody trail full of twists and turns with an ironic surprise twist of turnaround revenge at the end. I highly recommend “Venom.” This book ranks extremely high on my list of great books that everyone should read. I look forward to reading more from Colin Falconer in the future.
Read more
5 people found this helpful

Jlh
4.0 out of 5 stars Disturbing and full of intrigue........
17 July 2016 - Published on Amazon.com
Format: Kindle EditionVerified Purchase
This was a pretty good book, and a quick read. I found the historical setting and main characters intriguing. While I was sad for Michel and what he had to go through, I kept hoping he would have some redeeming quality or there would be redemption for him somewhere. Unfortunately for him, the events of his life shaped for a twisted and sick individual.
The only issue I had with this book (an ebook) is there could have been better editing - something which seems to be common with ebooks. However, I don't feel it was distracting enough that I had to quit reading.

Janet E Craig
5.0 out of 5 stars Enthralled by Venom
9 September 2013 - Published on Amazon.com
Format: Kindle EditionVerified Purchase
I read the hard back of Venom by Colin Falconer many years ago and absolutely loved it, could not put it down. Whilst reading I could see the film unfold, unfortunately, as far as I know, there has not been a film made of this amazing book - yet.
Having bought a Kindle I purchased Venom for a journey. As the story unfolded before my eyes I loved Venom as much as the first time I read it. Many fascinating places come alive and the faces of the interesting characters appear before your eyes because of the clever writing.
Why did I have such sympathy with the evil Michel? That is a question most women will ask when they read this book...
Venom is guaranteed to make any flight or train ride seem much shorter.

Loredana Beverly
5.0 out of 5 stars I love this book!
25 November 2019 - Published on Amazon.com
Verified Purchase
I love many of Colin Falconer's books. "Venom:, "Fury" and "Harem" are the BEST in my opinion..
Read more
One person found this helpful

Richard Allen
4.0 out of 5 stars S good read!
13 December 2018 - Published on Amazon.com
Verified Purchase
I chose the 4star rating based on story lines and edge of your seat anticipation of what next. However, as with previously read related books by this author, proof reading is seriously missing - fractured sentence structure, missing words, misspelled words - just enough errors to interrupt and break the readers spell of engagement.
Read more
Go to Amazon.com to see all 28 reviews 4.3 out of 5 stars
Get FREE delivery with Amazon Prime
Prime members enjoy FREE Delivery and exclusive access to movies, TV shows, music, Kindle e-books, Twitch Prime, and more.
> Get Started
Back to top
Get to Know Us
Make Money with Us
Let Us Help You
And don't forget:
© 1996-2020, Amazon.com, Inc. or its affiliates