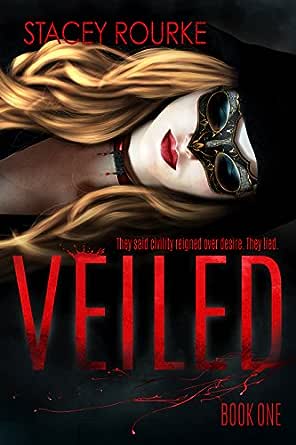 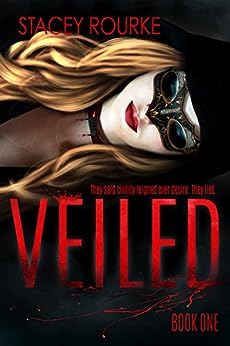 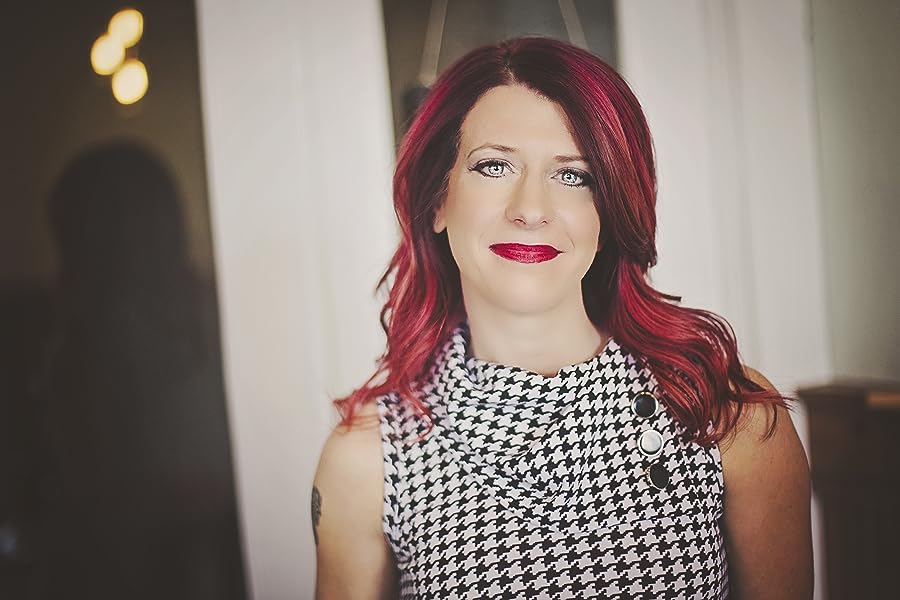 4.7 out of 5 stars
4.7 out of 5
39 global ratings
How are ratings calculated?
To calculate the overall star rating and percentage breakdown by star, we don’t use a simple average. Instead, our system considers things like how recent a review is and if the reviewer bought the item on Amazon. It also analyses reviews to verify trustworthiness.

Monica
2.0 out of 5 stars Rabbit hole
Reviewed in Australia on 12 May 2018
The main character,a young woman, is very relatable and likable. The story is in the present and the past. I got a bit impatient to find out what happens in present day, but the past chapters are needed for backstory. I found by the end of the book that she had only found even more questions than at the beginning, so I’m not going to read the next one incase the whole book is spent in the past. The relationships seem to develop quick, but are well written.
Read more
Helpful
Comment Report abuse
See all reviews

Sligo writer
5.0 out of 5 stars An Entertaining Twist On the Modern Vampire.
Reviewed in the United Kingdom on 16 November 2018
Verified Purchase
Can we all agree that vampire books are overdone? I mean that's exactly what I thought when I saw this book. The old adage of don't judge a book by its cover factored into this read.

I couldn't have been more wrong! A thrilling and adventurous new take on the vampire story. Micah is a no bull woman dealing with what can only be described as a toddler vampire in Vincenza.

Marissa Giles
4.0 out of 5 stars Very unique modern take on vampires and the Dracula mythos
Reviewed in the United States on 19 November 2018
Verified Purchase
Meet Vinx, the result of an experiment that turned her into a weapon in a world where vampires and humans are figuring out ways to coexist. Politics do come into play, but the author used it as a tool to lay out the world building. Each character in the book had their own unique nuances which only added to the good storyline. On top of all that, Ms. Rourke has a special gift when it comes to dialogue. Here are just a few examples:

"You're going to owe me big," I grumbled, bringing my wrist to my mouth. "We're talking, like, buy me a pony, and let me watch it nut-stomp you level of gratitude."

"In all my years, I have loved exactly one woman." Rau's voice dipped to a threatening whisper. "If I find out you had anything, anything, to do with her death, I will make you an immortal just so I can spend my days finding new and innovative ways to make you suffer."

"We're actually talking about an injured vampire," one of Markus' boys tried to implant in an ominous threat. "One that would make a gun-crazed maniac look like a fuzzy bunny"
"Bunnies must be terrifying in your world."

The only thing that didn't really sit well with me as a reader was the back and forth between the past and present. It just made the pace of the story a bit awkward. I would commit myself to being in one part of the timeline and then be jerked back to the other part without warning. I would recommend Ms. Rourke not take this approach in future installments. It also wasn't entirely clear to me level of relationship was intended to be developed between Vinx and Carter. Just wasn't quite developed enough. Regardless, I am very much looking forward to Vlad.
Read more
3 people found this helpful
Report abuse

Lauryn April
4.0 out of 5 stars V for Vendetta meets Buffy
Reviewed in the United States on 8 March 2018
Verified Purchase
Veiled is a gritty crime drama with vampires that looks at the politics of a world aware of the undead deciding whether or not to allow them to integrate into society. Filled with witty dialogue and a fast-paced plot this was a fun read.

There are some really beautiful descriptions in this book and a few scenes that are downright creepy. You really get sucked into the writing. Veiled is dark and intense and the vampires felt real and scary.

What I enjoyed most about this book was how it used vampires to look at racism and make a smart commentary on how one group views another and how stereotypes form peoples' opinions. The lead character, Vincenza, or Vinx, goes through a lot of character development from the beginning of the book until the end as she seeks both vengeance and acceptance. I had a hard time connecting with Vinx in the beginning of the book. She was bitter and a little full of herself at first. It took me a little while to warm up to her, but by the end of the book, I was definitely rooting for her. Vinx is witty and a little vulgar and a truly interesting character. Her story is complicated and as you learn more about her it's hard not to relate to her.

I loved Vinx's relationships with her friend Mics, who I also thought was a solid character. However, I felt like there needed to be more backstory to Vinx's relationship with Finn and to the relationship that forms between her and Carter. There needed to be more build up to their attraction. I didn't really feel the connection between Vinx and anyone, with the exception of her friendship with Mics which I thought was really well written. Overall, Carter and Finn felt like weaker characters and I wish both of their story arcs had been fleshed out a bit more.

As for the story structure, I liked the alternating flashback chapters at first, but by the halfway point of the book, they started to make the story feel a little disjointed. The storyline definitely didn't flow as smoothly as I would have liked.

By the end, the book left me with some questions that I'd want to read the next novel in the series to know more about. However, while I found the ending satisfying overall, there were a few plot holes that took away from the believability of how things concluded. <spoiler> For example, Vinx and Carter get into a bad situation at the end where they are nearly killed. Carter escapes and saves Vinx, by pulling out his phone and filming what's going on. But, it's not clear why the bad guys don't just kill him and take his phone. </spoiler> There are a few conclusions that are jumped to and a character, <spoiler> Amber,</spoiler> who really just acts like an idiot. But, there are a few twists at the end that suggest the second book in the series will be worth reading.
Read more
2 people found this helpful
Report abuse

Red Headed Book Worm
5.0 out of 5 stars Where will you stand?
Reviewed in the United States on 7 November 2017
Verified Purchase
In my experience, you usually get a book that gives you one side of the story, the story the author wants you to hear. What happens when both sides are told, when you get the good, bad and the ugly?

Vampires exist. They live in your neighborhood, own businesses, work in your building. Are you comfortable living among them? Or are you terrified of the image in which they are usually portrayed? Most people land on one side or the other. Not Vinx, she has the amazing opportunity to live on both sides of that fence and through her we get that chance as well. Vinx is a human but she has the "powers" of a vampire. She can mingle with both sides without raising an eyebrow. But will she use her powers for good or evil?

One side says vampires are monsters. Blood thirsty freaks with no self control. The other side says they are just like you. There is no reason to be afraid. Vamps just want what anyone else has in this great country, rights that we take for granted everyday. I started out with a strong dislike of vamps at the beginning of this book. I wanted vengeance on behalf of Vinx. Ok, maybe there is a piece of me that still does. But after seeing both sides, my dislike has softened a bit. Making me feel bad for the villain is no small feat but Stacey Rourke has managed to do it. I can't wait to get more of the story and see what happens next.

Where will you stand? Let your voice be heard and cast your vote on the #NPI bill.
Read more
Report abuse

Movies, Shows, & Books
4.0 out of 5 stars A riveting and thought provoking vampire story
Reviewed in the United States on 18 November 2017
Verified Purchase
I gave it a strong 4 1/2 stars

Note: This review contains NO spoilers

Why am I not surprised that I enjoyed this read by Stacey Rourke!?! Hmmm... Maybe because I love how she thinks "outside the box" and creates with her own creative and historical twists to it. Ha! I think that's it! Well, it is no different with this latest story on vampires. Right!?! Vampires!?! Anyways, this isn't any ordinary vampire story. That's right! Vincenza (the main character) is no ordinary vampire. So... Where do I being without spoiling anything?

So... I absolutely love Stacey's writing. The way she creates these complex characters with unique and individual personalities. And, her world building...!!! Stacey can thrust readers into the worlds she creates in just a few chapters, and then, readers are hooked! Well, I know I was...haha!!!

Anyways, Veiled is absolutely a different take on vampires. Stacey took very real issues and gave it a paranormal twist to it. And, we all know how politics can be a touchy issue... Haha! Moreover, the story takes Vincenza's tragedy and made it into a driving force to uncover secrets and the truth behind all the vampire political propaganda. This first book in this new series introduces readers to this world where vampires exists and the dark and dangerous line that humans walk either glamorizing them or exposing them for what they really are.

The flow and pace of the story takes readers to the past and present of Vincenza's journey of becoming an unstoppable weapon. Although moving back and forth from past and present can be confusing, Stacey cleverly writes it in a way that isn't too difficult... That is if you are paying attention. Sometimes, I had to go back and forth with the chapters to get my bearing on the story. Yup! Veiled is an engrossing read in which once can't just breeze through it. This is a thought-provoking and a gripping read. Of course, although Stacey incorporates some history, this is definitely not a retelling in any way. I do enjoy reading tidbits of history thrown in.

All in all, Veiled is no ordinary vampire story. It is anything but ordinary! There are complexities to the characters and settings that make this a captivating read with a splash of history and realism. This is an incredibly thrilling introduction to Stacey's world of vampires...haha!!! Can't wait til the next book! So... Stacey, when can we expect the next book?!?!

Reviewer: Jasmine
Read more
Report abuse
See all reviews
Get FREE delivery with Amazon Prime
Prime members enjoy FREE Delivery and exclusive access to movies, TV shows, music, Kindle e-books, Twitch Prime, and more.
> Get Started
Back to top
Get to Know Us
Make Money with Us
Let Us Help You
And don't forget:
© 1996-2020, Amazon.com, Inc. or its affiliates