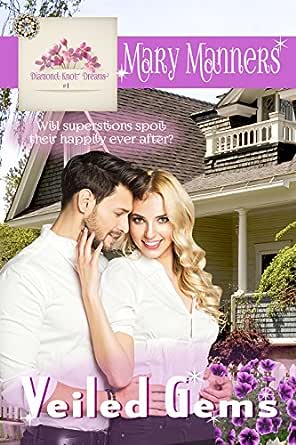 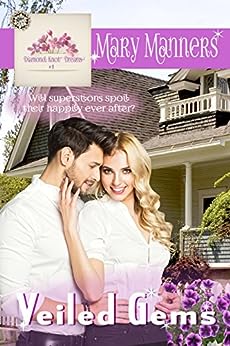 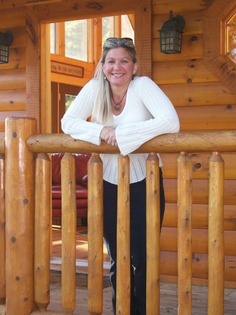 Lila Brooks believes in happily-ever-after for everyone but herself…

She coaxes her dream of opening a wedding shop into reality when she commissions Morgan Holt to transform a run-down Victorian house into an all-inclusive bridal boutique, Diamond Knot Dreams. Clover Cove's residents have whispered that the house is filled with spirits, but superstitions have no place in Lila's life.

Morgan Holt spent the better part of his youth transplanted from one foster home to another. Separated from his older brother, Gunnar, at an early age, they're reunited shortly after Morgan's arrival to Clover Cove. But the last thing Morgan wants is to trust his heart again to a family--or a woman as beautiful as Lila Brooks. He has plans to finish work on the Victorian and then ride off into the sunset, a move he's perfected over the years.

Soon Lila and Morgan have a chance at their own Happily Ever After, but will events from the past destroy their future?

Veiled Gems is book 1 to the Diamond Knot Dreams Series. It can be read as a standalone, but you’ll find it more enjoyable if you read them in order. Grab your copy today!

A Pair of Promises

Love on a Dare (The Mulvaney Sisters: Alana)

P J L
4.0 out of 5 stars Good story
8 July 2019 - Published on Amazon.com
Verified Purchase
It's a good story. But, it needs editing (wrong or missing words, incorrect punctuation). Also, it's very short, ending at 68%, where we could have had much more story development and background information. And then, the story ended just as their relationship barely started. Four stars because I love Mary Manners' humor.
Read more

Brittany Ogle
5.0 out of 5 stars Trusting God's Path
13 July 2017 - Published on Amazon.com
Verified Purchase
Morgan uprooted his city life for work in this small town and learned to trust God's path to mend his broken heart and uproot his fear of losing everyone he's ever loved. Lila with a hidden past of her own is also new to this small town dealing with her own painful past and following her newfound path. Their paths cross and a beautiful journey of love and healing makes for another fantastic read.
Read more

Penny L
5.0 out of 5 stars A clean small town read
8 August 2018 - Published on Amazon.com
Verified Purchase
Veiled Gems is a wonderful story that tells how Lila and Morgan meet, but it is also about the reuniting of a family. If you love small town romance where people support one another, then you will love this series.
Read more

Karen C Riley
5.0 out of 5 stars Very encouraging story
11 July 2017 - Published on Amazon.com
Verified Purchase
You have a lovely woman who is in a hurry to get her bridal business. Enter a very kind renovator who has a lot of secrets. This story was so good and will even make you cry. As they said in the story Everything is in God's time not ours.
Read more

craftsare4me
3.0 out of 5 stars Very Religious Romance is Clean (and a Little Boring)
3 July 2017 - Published on Amazon.com
This is a short, new Mary Manners book that is the first in the “Diamond Knot Dream Series”. It is a quick read, more of novella length. It is a stand-alone book without a cliff hanger ending written in third person but it is clearly a segue into the next books.

The main characters are fairly likeable. Lila’s dream of opening a wedding shop is soon to be realized if the renovation on her old Victorian house goes as planned. She’s hired contractor Morgan Holt to do the work and they hit it off well via phone calls and emails but their first in-person meeting doesn’t go as well.

Both characters have their reasons to act as they do with the secrets from their pasts. As they fumble through their interactions, they slowly learn about each other’s hidden motivations. Lila has a strong faith and Morgan hasn’t had a lot of reason to believe in anything other than himself for a long time. They have an undeniable attraction to each other and if they can trust their hearts, they just might find strength in being together.

This is a sweet, clean, chaste, very religious romance. Lila is, at times, “preachy” and annoying. There seems to be a lot of connecting between the characters without the reader seeing it, i.e. long phone calls, emails, etc. that happened before they met face to face. I got the feeling several of the minor characters were established in other book(s) by the author but not in any I have read. The “haunted house” theme was a distraction and seemed out of place in a book with such Christian, religious overtones.

Other books from Mary Manners have been more enjoyable reads to me. This novella does not motivate me to purchase any additional books in this series.

I received a free copy of this book from eBook Discovery. I voluntarily review this book. This is my honest review.


Read more
Go to Amazon.com to see all 33 reviews 4.3 out of 5 stars
Get FREE delivery with Amazon Prime
Prime members enjoy FREE Delivery and exclusive access to movies, TV shows, music, Kindle e-books, Twitch Prime, and more.
> Get Started
Back to top
Get to Know Us
Make Money with Us
Let Us Help You
And don't forget:
© 1996-2020, Amazon.com, Inc. or its affiliates