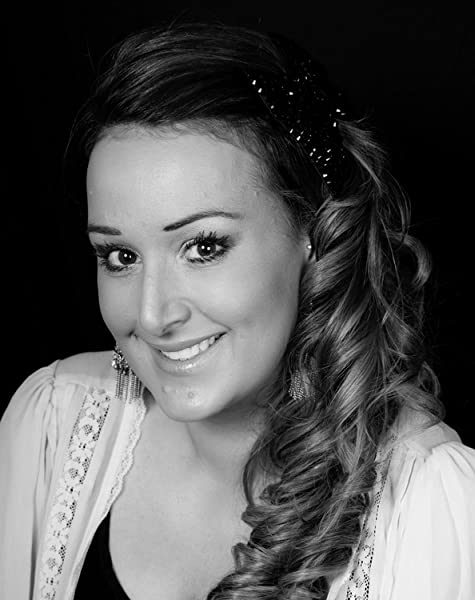 by Tillie Cole (Author)
4.6 out of 5 stars 176 ratings
See all formats and editions
Sorry, there was a problem loading this page. Try again.

Page 1 of 1 Start overPage 1 of 1
Previous page
Next page
Start reading A Veil of Vines on your Kindle in under a minute.

4.6 out of 5 stars
4.6 out of 5
176 global ratings
How are ratings calculated?
To calculate the overall star rating and percentage breakdown by star, we don’t use a simple average. Instead, our system considers things like how recent a review is and if the reviewer bought the item on Amazon. It also analyses reviews to verify trustworthiness.

Ricki
5.0 out of 5 stars 5 star read as always
Reviewed in Australia on 8 December 2016
Verified Purchase
Tillie has done it again... I was nervous at first. TC is my fave author, I adore her, her dark books are amazing and a thousand boy kisses was absolutely soul destroying, so I didn't know if TC could do fluffy.

Well... she can and she did it bloody well. This story is beyond beautiful, words can't describe how much I fell in love with Achille and Caresa. If you are new to Tillie Cole and are nervous to read her darker books this is the perfect place to start.
Read more
2 people found this helpful
Helpful
Report abuse

megan
TOP 50 REVIEWER
5.0 out of 5 stars A BEAUTIFULLY WRITTEN, ROMANTIC, MODERN FAIRYTALE.
Reviewed in Australia on 16 December 2016
Verified Purchase
I've read all of Tillie Cole's books and find she always manages to create something different every time even though she tends to write using a raw, but lyical tone most of the time. However, A Veil of Vines is a touch more romantic, heavy on imagery and it presents readers with a modern fairytale feel. It's just beautiful, captivating and a magical page-turner.
In true Tillie fashion the book is well-written, the plot is tight and the rich characters are well-developed. The pacing is fast, the dialogue is excellent and Tillie's reflections are interesting, deep and thought provoking.
The storybook Italian setting in Umbria conjures up pictures from your childhood imaginings - picturesque cottage, rambling gardens, vivid colour, vineyards and sunny days. The conflict is, who we love and the three main characters are: Zeno, Caresa and Achille. The story unfolds with elements of tradition, duty, responsibilities and sacrifice versus freedom, love, hope and dreams. The story continues to twist, reveal and alter the predicted life courses of everyone in the narrative.
Although brought up in the US, Caresa is actually an Italian Duchess and as such, she must abide by the rules of her kind, including agreeing to an arranged marriage to the king-in-waiting of Savona, a well known womaniser. Enter the unexpected game changer, Achille, who Caresa falls madly and deeply in love with. He is a handsome and passionate man who lives life simply and freely.
I highly recommend this book to readers who love this genre or those who are fans of Tillie's work.
Read more
Helpful
Report abuse

Carcoura
5.0 out of 5 stars Words (almost) fail me - it was just THAT good!
Reviewed in Australia on 4 December 2016
Verified Purchase
Tillie Cole has given us some of the darkest, most tormented souls. She has given us gut-wrenching anguish: heartache that lives on in us long after we've read the final page. But in A VEIL OF VINES she has more than sated our craving for romance with a story that offers up beauty, tranquility and serenity. The setting, the delicately layered characters, the threads of history and connection to nature all make this a book I'll think back on fondly, and often. No heartache this time though. Just blissful contentment.
Read more
One person found this helpful
Helpful
Report abuse

Melzz1800
5.0 out of 5 stars Another infinity stars for Tillie!
Reviewed in Australia on 7 January 2017
Verified Purchase
Omg! Achille and Caresa gave me the best book hang over!!
So beautifully written and it's so hard not to fall in love with Achille and Caresa...
I could go on and on about this book but you really need to read it to understand such a beautiful love story.
I think Tillie should get a movie deal for her books cos her they're just too good to not be seen on the big screen! I love that she could write different genres as well.. so much talent!
Read more
Helpful
Report abuse

KathyY
5.0 out of 5 stars A classic love story, told with true heart
Reviewed in Australia on 1 December 2016
Verified Purchase
A different style of love story for Tillie, but one which I enjoyed very much. Her attention to detail is always appreciated and in this story, the love of wine making shines through. Hoping to hear more from the family, as someone else deserves a happy ending!
Read more
One person found this helpful
Helpful
Report abuse

Marcella Nielsen
5.0 out of 5 stars 5 stars
Reviewed in Australia on 1 December 2016
Verified Purchase
If you're looking for a sweet, sappy, beautiful romance; this is definitely the book for you.
A fairytale romance of two of the most unlikely people to find love with one another.
Another great book from Tillie Cole.
Read more
One person found this helpful
Helpful
Report abuse

Kindle Customer
4.0 out of 5 stars I enjoyed this book
Reviewed in Australia on 12 February 2020
Verified Purchase
I enjoyed this story of Archille Marchesi and Caresa Arcardi. I enjoyed their journey to them finding their happy ever after.
Read more
Helpful
Report abuse

💋romance rendezvous💋
5.0 out of 5 stars 5 stars. FANTASTIC 💕💕
Reviewed in Australia on 30 November 2016
Verified Purchase
Absolutely beautiful from the cover to the end !

pomyprincess
5.0 out of 5 stars Beautifully written, this topped up my brightside
Reviewed in the United Kingdom on 2 June 2017
Verified Purchase
In this book Tillie has proven her ability to write without gouging our hearts out. This is a beautifully written "simple" tale which describes "a simple man who loves his woman with his simple heart".

The style is different to her normal grittiness; its highly descriptive and Tillie truly paints images with her words. Like in her other work her characters felt real, although in this book they are more simplistic...and I dont mean that in a derogatory way, they didn't expect to find love in their circumstances but embraced it with joy when it was discovered.

I'm a massive Tillie fan but I'm also a romantic, so for me this ticked a lot of boxes and made me smile, sigh and laugh. This book topped up my brightside rather than filling me with angst, as so many of Tillies books do so well. I loved this book and really hope that Tillie will gift the world with Zeno's story.
Read more
Report abuse

Sue D
4.0 out of 5 stars A sweet little fairytale story!
Reviewed in the United Kingdom on 24 January 2017
Verified Purchase
A definite break from what I would normally expect from Tillie Cole; however it made a nice change to read a relatively easy fairytale.
Caresa and Zeno were promised to each other by their aristocratic families when they were children to hopefully ensure the continuing success of their families wine empire. However Caresa has lived most of her life in America and no longer knows Zeno the playboy Prince from a now long abolished Italian royal family. Doing her duty she travels to Umbria to get to know and arrange her wedding to the reluctant Prince. When she is quickly abandoned by her future husband she soon meets Achille.
From then on the story was pretty predictable. It was a lovely little love story and I liked the characters of Achille and Caresa; but I think the top stars go to the descriptions of the scenery of Umbria you almost felt you were there among the vines. Very well written, and I feel there could even be a second book here.
Read more
Report abuse

Fiona J
5.0 out of 5 stars Love and fine wine!
Reviewed in the United Kingdom on 9 May 2020
Verified Purchase
A truly sweet story about love and wine! What more do you need really?!
Its a perfect book to read when you're feeling blue, it will lift your mood and make you smile.
With prince's and arranged marriages gone wrong and a forbidden lover with buckets full of fine wine and cheeky twist towards the end this book has everything you could ever need!
Read more
Report abuse

BookAddictSusan
4.0 out of 5 stars Beautiful Story.
Reviewed in the United Kingdom on 31 January 2018
Verified Purchase
This was a really sweet book. If you don't believe in Soulmates you may just change your mind after reading this.

A beautiful feel good story that will just make your heart happy.

I love Tillies books because even though I'm more of a fan of her Darker Grittier reads, she never fails to deliver books like this. Ones that aren't shrouded in violence and darkness. They just simply make you feel good.

I kind of felt like I do when I watch a good old romance film. It'll leave you swooning and feeling slightly giddy too.
Read more
Report abuse

Viv
5.0 out of 5 stars Amazing Author 🌟🌟🌟🌟🌟 so well deserved
Reviewed in the United Kingdom on 6 December 2016
Verified Purchase
I've said it before and feel compelled to say it again, how does she do it.

I have read every book written by Tillie and I can honestly say her writing from book to book is so different, from college romance to biker gangs, Russian mobsters, comedy, there are very few subjects she hasn't covered. Every book has been an incredible and original journey. You will wonder why you haven't discovered her sooner.

This book was no exception. Brilliant story well written and researched.

1 click now and I guarantee you will be hooked
Read more
Report abuse
See all reviews
Back to top
Get to Know Us
Make Money with Us
Let Us Help You
And don't forget:
© 1996-2021, Amazon.com, Inc. or its affiliates