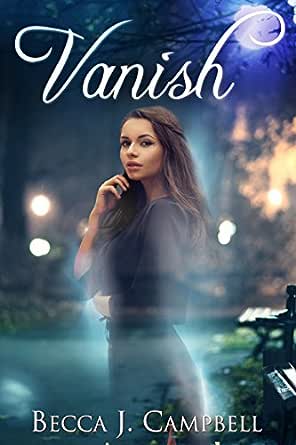 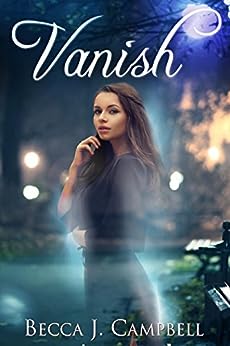 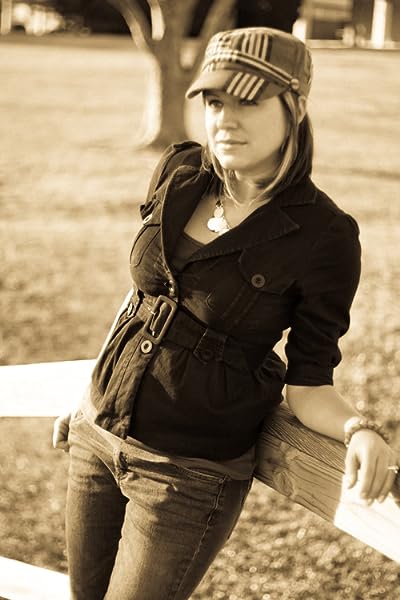 Vanish: A Sweet Romance with a Fantastical Twist Kindle Edition

3.8 out of 5 stars
3.8 out of 5
6 global ratings
How are ratings calculated?
To calculate the overall star rating and percentage breakdown by star, we don’t use a simple average. Instead, our system considers things like how recent a review is and if the reviewer bought the item on Amazon. It also analyses reviews to verify trustworthiness.

Author Unpublished
3.0 out of 5 stars Book Review - Author Unpublished
Reviewed in the United States on 21 April 2017
Verified Purchase
I received a copy of this book directly from the author/publisher in exchange for an honest review.

I have sort of an odd relationship with Vanish by Becca J. Campbell, in that I read it twice, and not because I loved the book so much that I wanted to read it again, but because I read two different version of the ARC, several months apart. Because of this, I have a somewhat screwed view of the story. I remember parts of the book that are no longer in the final copy—some of those bits I liked a lot, others no so much, but I’m going to try to stick mostly to the current version (as I assume, fellow reader, that this is the version you will be reading as well).

Here’s the thing: I went into this book having no knowledge about what it was about. I was given a two line teaser and signed an agreement that I’d read the book within a narrow 3-week period. I didn’t know the genre, the premise of the story… nothing. What I found, was a rather contemporary urban fantasy with some paranormal and romance thrown in. There’s quite a bit that happens in the story before the reader is introduced to the story—and I’m not a huge fan of stories that do that. Because the main character’s friendships, relationships, and initial disappearance (and subsequent 10-year absence) happened before the story started, I felt like I’d missed a huge part of the action and tension in the story. What I was left with, was a short, sweet story that spans about three days in its entirety.

Technically speaking, the book was exceedingly well edited. The narrative flowed well and pulled me into the story from the very beginning. There were no obvious typos or grammatical errors, and the actions and dialogue of most of the characters rang true. I say most, because the antagonist of the book, a former classmate, and ex-girlfriend of the male lead, was a rather lackluster character. For no real obvious reason, she was obsessed with Tait in a very stalker-ish way, even though they hadn’t seen each other in a decade. Her actions in this and other parts of the story came across as terribly contrived and unrealistic. Her motivations and the way she handled the paranormal aspect of the book just made no sense—and worse yet, fell apart easily once the characters began to stand up for themselves. She was like the evil popular girl in any teen TV show, but this wasn’t a teen book. This is an adult romance… which is probably why it sat so poorly with me.

That wasn’t the only issue, though arguably the biggest. There were mentions throughout the book of other special people like Eva, who also had super powers, but most of them were mentioned in passing and never shown. The relationship between Eva and her former boyfriend was forced upon the reader as something it wasn’t, and then immediately switched out for another romance with Tait, that seemed to pop up out of nowhere. There was no tension (sexual or otherwise) throughout the book, and the little bit of a teaser mystery that was tossed into the description turned out to be not that big of a deal.

Originally, I gave this book four stars after reading the initial copy. There were issues for me with the way the book was touted as a standalone, but obviously tied into another series (this seemed to be edited out in the second copy), but overall, I found it a sweet, enjoyable story. Maybe it’s the fact that I read it twice, maybe it was the edits that changed the story to the second version… I’m not sure, but I ended up not liking the story as much the second time around. It was entertaining, and it was sweet, but I felt that it was missing depth and a sense of tension.

I think this book is best geared towards readers who enjoy sweet, contemporary romance with a paranormal theme, and maybe the tiniest bit of drama. It isn’t a story that’s going to draw you in and make you think, but it makes a nice afternoon read if you’re just looking for something fun and romantic to sink into for a few short hours.
Read more
7 people found this helpful
Report abuse

A must read for anyone that loves books with a little supernatural romance.

Eva what a frusterated woman full of secrets. She goes back to her 10th high school reunion to find someone to help her with her special gift that she thought for years has helped her. But fate has other things in mind when she goes to see her ex boyfriend that broke her heart and her old friend that was always there for her. Who is the one who is the cure for her gift? Who will break her heart?

Her ex boyfriend through half the book you think will save her but when you realize he is kind of the bad guy in it and realize who the real hero of the story is you are amazed. The hero oh my lord im trying not to give away spoiler but omgosh I just loved loved loved him. Best character by far.

This story has it all jealousy, betrayal, danger, heartbreak and mystery. Entertaining and very realistic adventure with a believable story-line and highly realistic charters. This wonderfully told story draws you into her world from page one and makes it very difficult to put down till the very end. Found that I had devoured this book in one night.

tltaylor
5.0 out of 5 stars Wonderful
Reviewed in the United States on 27 April 2017
Verified Purchase
This book was wonderful. It made me laugh, cry and at times a little angry. It took me back to high school. The story has everything; the girl, the boy in love with the girl and the jerk she thought she was in love with. I loved it.
Read more
2 people found this helpful
Report abuse

Bobbi Kinion
5.0 out of 5 stars Review of Vanish
Reviewed in the United States on 12 April 2017
Verified Purchase
I couldn't imagine vanishing let alone being unable to touch anything or one, I mean yeah there are times I would love to disappear for a few moments but not completely vanish. Eva goes through a lot of emotional turmoil throughout this whole story and only one person can help her other than herself and it isn't who she feels it is. Becca Campbell draws you into her world and causing you to hold on tight.
Read more
Report abuse
See all reviews
Back to top
Get to Know Us
Make Money with Us
Let Us Help You
And don't forget:
© 1996-2021, Amazon.com, Inc. or its affiliates