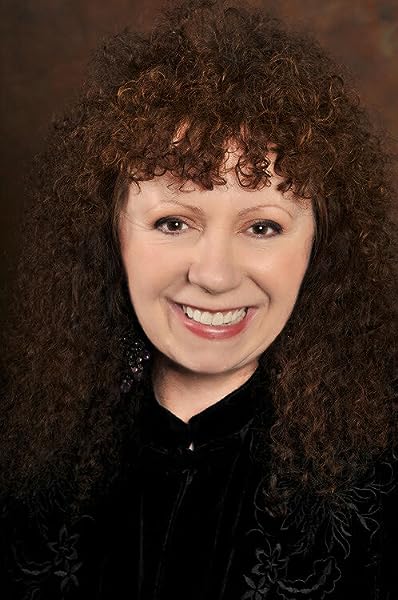 by Lynda Hilburn (Author), Hillary Huber (Reader)
4.0 out of 5 stars 124 ratings
See all formats and editions
Sorry, there was a problem loading this page. Try again.

Page 1 of 1 Start overPage 1 of 1
Previous page
Next page
Start reading The Vampire Shrink on your Kindle in under a minute.

4.0 out of 5 stars
4 out of 5
124 global ratings
How are ratings calculated?
To calculate the overall star rating and percentage breakdown by star, we don’t use a simple average. Instead, our system considers things like how recent a review is and if the reviewer bought the item on Amazon. It also analyses reviews to verify trustworthiness.

Xanthe grey
1.0 out of 5 stars Great idea, not a great story
Reviewed in Australia on 7 June 2018
Verified Purchase
I absolutely loved the idea when I heard it and was really optimistic about this one. It was really quirky and fun at times but a bit focused on what’s actually some pretty messed up relationships. Can see why so many people liked it though.
Read more
Helpful
Report abuse

Roslyn James
5.0 out of 5 stars A book that makes you look at everything.
Reviewed in Australia on 17 February 2021
I found this title a great read, this book takes everything you know about vampires and completely turns it around; then add in the fact of her physic thoughts & you will laugh, understand her fear and be swept away by her lovers. Truly an exciting tale and can not wait to discover more from the series.
Read more
Helpful
Report abuse
See all reviews

J C Mitchinson
3.0 out of 5 stars Reasonably entertaining but flawed & a bit silly at times
Reviewed in the United Kingdom on 11 February 2015
Verified Purchase
This was a good premise and reasonably entertaining but had a lot of 'first novel' mistakes and cliches. I wasn't really convinced by Kismet's relationship with Devereaux, because they didn't know each other or spend much time together or have anything to talk about except that he had seen her in some kind of prophecy. There was more chemistry with the detective. It was nice to read a romantic interest who was just a bloke, instead of the perfect, alpha, sex god type who has a massive endowment.
The writing was somewhat clunky at times, with a huge amount of Kismet thinking about what had happened and how she felt about it, which slowed things down a bit. Show don't tell and all that.
Once it got to the vampire ceremony I had lost patience. There is a bit where Devereaux does an 'erotic dance' for Kismet while everyone watches, and all I could think of was that scene from the Office where Ricky Gervais dances. There was no taking it seriously after that.

Overall, I feel the idea outperforms the reality here, but I imagine it might improve in future books.
Read more
One person found this helpful
Report abuse

Book Pairing:- M/F
Did it give me a book hangover :- No
Is this a review book or personal read :- Personal Read

Why I chose this book?

This had been on my kindle for ages and I fancied a good vampire book.

What I liked about this book.

* The storyline was unique in places.
* I'm interested in reading more.
* The book was well written
* Some of the characters were really good.

* Some parts seemed a little slow.
* All the action and most of the story seemed to be crammed into the last half of the book.

Would I read more from this author?

Would I recommend this book?

S. Emmett
4.0 out of 5 stars A Very Funny Book
Reviewed in the United Kingdom on 2 September 2012
Verified Purchase
If you're a Brit, get the Kindle version because it contains British spelling and punctuation, making it an entirely 'gotten' free zone. Yay! I hate the word 'gotten' so much I can't tell you. And there's another thing about The Vampire Shrink; it is so witty that at times the reader can believe the author is a Brit. Oh, boy, the American vampires will be after me now!

Seriously, this is one of the funniest books I've read for a long time. The self-deprecating MC, Kismet the psychologist, is brilliant. She gives us a clever sideways look at the uptight materialistic USA of today, as well as poking fun at her own kind.

"It seemed he'd had a close encounter with a protester - I couldn't imagine what anyone would protest about at a Star Trek convention.."

And when the vampire presents her with a collection of exquisite gowns: "What is this? Vampire Cinderella?"

"There was blood all over my living room. A trashed office and a living room that smelled like a used sanitary pad."

There are plenty of vampires, lots of blood letting and some well-written sex scenes. Is it horror? Nope. This isn't going to have you pulling the duvet up tight around your neck or stringing garlands of garlic across the windows. But I don't believe that was ever the author's intention.

I loved it and recommend it. Was there anything to pick at? Well, the final big scene, the ritual, I felt was rather mechanical and lacked the sparkle of the rest of the book, but it's a small point in an otherwise commendable debut novel.
Read more
One person found this helpful
Report abuse

Misty
5.0 out of 5 stars More Please
Reviewed in the United Kingdom on 16 May 2010
Verified Purchase
I won't go into a lot of detail as other's have done that. I enjoyed this book so much that I have bought the second in the series "Dark Harvest" and look forward with anticipation to it's arrival. Vampire Shrink has a very different leading lady in Kismet as she is a Psychologist a first for me in any of the books I have read which does lead to some interesting situations. Kismet meets a drop dead {sorry for the pun} gorgeous vampire named Devereux and so the fun begins. I have recommended this book to both family and friends and hope for many more in the series.
Read more
One person found this helpful
Report abuse

Kindle Customer
4.0 out of 5 stars Great read.
Reviewed in the United Kingdom on 1 September 2016
Verified Purchase
A great book.I loved the idea of a vampire psychologist and this book did not disappoint. I would have liked to find out a bit more about Kismet's background especially her parents but it didn't take away from the book. Looking forward to book two.
Read more
Report abuse
See all reviews
Back to top
Get to Know Us
Make Money with Us
Let Us Help You
And don't forget:
© 1996-2021, Amazon.com, Inc. or its affiliates